Budget for the Soul

by Quinn Patrick 4 months ago in self care
Report Story 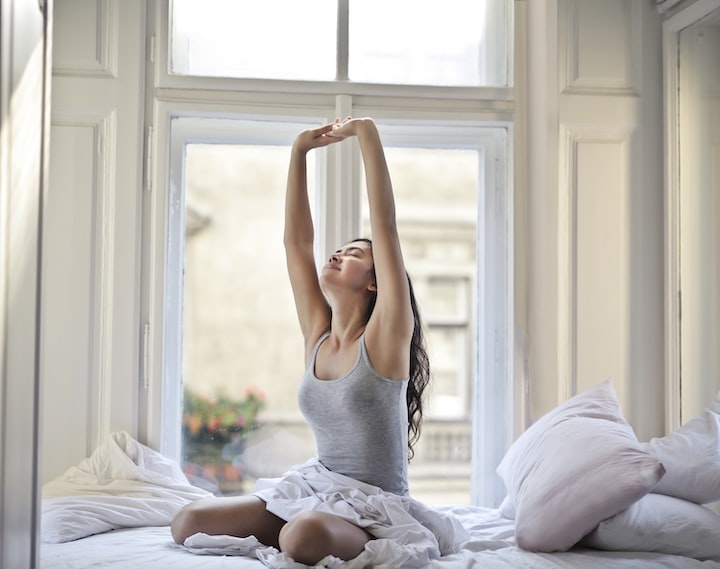 A pen strokes a clean journal page as the candle flickers softly in the distance. Classical music fills the once quiet space with strings that are stretched and then released into a beautiful symphony. Ice water from a favorite bottle is sipped for seconds, while contemplation on the perfect word is chosen. Just minutes before, meditation was taking place, balancing the heart and mind in front of a projection of red and orange autumn trees accompanied by melody so sweet it could be mistaken as a summer breeze. Sounds like a scene from a movie? Maybe. But this is just a photo of my simple mornings.

Starting mornings off in a calm environment for someone like myself, an undiagnosed highly sensitive person, is not only a luxury, but a necessity. Sensory processing sensitivity, or highly sensitive personality, is defined as a personality trait that have an increased sensitivity in the nervous system. Increased sensitivity in the nervous system equals an intensity in how one processes external stimuli. Sudden movements, loud noises, lighting choices, even textile fabric can disrupt a person with this personality trait. So, how does one predestined with a trait that makes it difficult to live a serene life in a chaotic world, truly find rest?

Plan. That’s right. In order to rest one must plan for rest. It seems like an oxymoron, but in reality it’s genius. I like to call it Budget for the Soul. With a financial budget, you have the opportunity to tell your money where to go, instead of allowing your money to dictate you around. A Budget for the Soul is an opportunity for you to plan ways to align your heart and your mind, which in-turn prioritizes rest.

Rest is defined as ceasing from work with the intention to relax, refresh or renew strength.

A Sample of a Budget for the Soul:

With a work, work, work, mentality that has been instilled in most since youth, it’s no surprise that calming mornings have been traded for an alarm hitting, coffee indulging, rush, rush, rush a.m. routine. However, mornings with a budget, dictating what the heart and mind will be spending it’s sunrise hours, will only serve to produce the refreshing start needed to lead a productive day. And a productive day acts a positive catch-22, since productive days lead to restful nights. The full healthy cycle of life. So, let’s take a second, to break the sample Budget for the Soul, down into the three parts that make up “rest.”

Meditate is thinking deeply or focusing one’s mind in silence or chanting. While this can be done for a religious or spiritual ritual, it doesn’t have to be used in this manner. Meditation is designed to create calm, peace and balance. A huge benefit of meditation is that the calmness doesn’t end when the session is over. Mornings I meditate, I notice a calmer demeanor when I’m presented with a fourth grader who would rather watch YouTube videos than sit for a homeschool math session. My response is typically controlled, even as someone who has an overactive central nervous system. We like to call that a win-win.

It’s true journaling has become increasingly popular with the younger generation, but those who are skirting early forties, *ahem myself, have learned this practice has huge emotional benefits. While there are many Pinterest boards created with journaling topics to tackle, I personally use my journal as an adult version of a diary. There’s just something truly cathartic about getting emotional junk stunk inside of you, out of you. And once that book is closed, the burden of those emotions flee away, like tiny moths.

Yoga, an ancient practice started in northern India, which includes poses, deep stretches and concentrated breathing has widespread into the western society. Due to its calming effects, like meditation, one cannot think of the word yoga without thinking relaxation. If you don’t know where to begin, there are many YouTube videos directed for beginners. I don’t practice Yoga in the traditional sense, but do incorporate deep stretches with calming breaths in my morning routine, preferably when I pray, which of course is a personal decision. In addition to the tranquility it produces, I have found after a few sessions, the increase in flexibility I have acquired, which isn’t a bad thing, *wink wink.

Brushing teeth and washing face should be seen as a no-brainer for refreshing in the morning, but it’s the simple things that are often overlook. I for one used to wait to complete these two tasks only after having breakfast, but after incorporating this practice by accident, I found it wakes me up more than a fresh cup of coffee (don’t worry, I still don’t skimp on coffee, because duh...it’s coffee).

Showers for myself are usually held after a workout session. And I tell you, there’s nothing more refreshing than warm water washing the salty sweat off your skin. While some find showers/baths relaxing, which they are, they also can serve to revive you in the morning.

It has been recommended to drink water upon waking. Drinking water before eating, is said to flush the stomach out, balancing the lymphatic system, which is in charge of fighting diseases. Can we say “Let’s go White Blood Cells, Let’s Go!” And since water makes up about 60% of the human adult’s body, replenishing what we may have lost through sweat in our sleep is bound to refresh us upon waking.

Breakfast has been said to be called breakfast because it literally means “break fast.” Why? Because when you are asleep, you are literally fasting. Eating a well-balanced breakfast (mine at the moment consist of fruit, oatmeal and coffee, though I love a fruit smoothie in warmer weather) will renew or recharge your body for the day.

*Sidenote: Breaking your nightly fast doesn’t have to be done in the a.m. If want, you can extend your fast until the afternoon, just make sure you break your fast with a balanced meal to give your body what it needs to rest well into the night hours.

So, while planning your day or budgeting for your soul may appear as work, it really is planning rest into your morning hours. This plan will give your mind, body and soul the right start before the hectic day, and therefore provide daily rest, rather than waiting for the weekend to crash, like a kid after a sugar rush.

A writer with fingers of ADHD. You will find my page flirting with love poems, fictional short-stories and non-fiction articles. Stay awhile and get lost in the tangled webs of my mind.

More stories from Quinn Patrick and writers in Longevity and other communities.