The world's 'best' comparison: 7 of the most interesting things you might not have thought of comparing

by cly mumford 2 months ago in how to
Report Story

A comparison of the world's 'best' 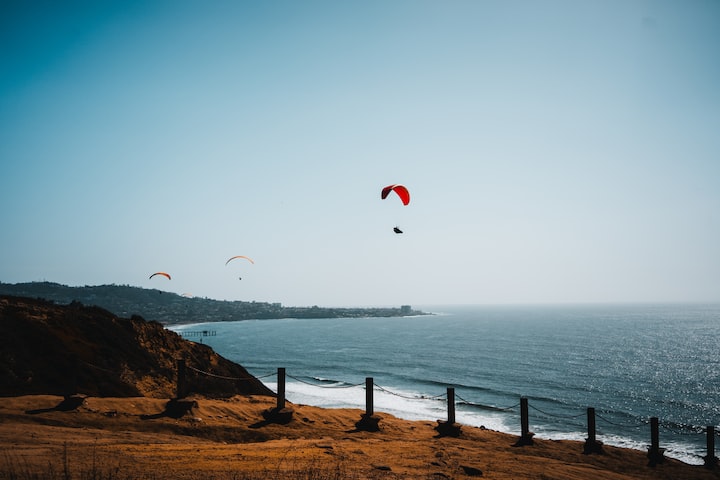 Photo by Andres Garcia on Unsplash

There are many very interesting things in this world, and if you look deeper into them you can find extreme contrasts between the highest and the lowest, the largest and the smallest, and all sorts of different things. Such contrasts can often bring a lot of fun. So this time, I would like to introduce you to 7 interesting contrasts of things that you may not have thought of.

1. The oldest and the youngest skydiver

A 103-year-old man from Central Texas has qualified for the Guinness World Records by becoming the world's oldest tandem skydiver. The old man, named Blaschke, reportedly jumped from a height of 4,000 meters to celebrate his two grandchildren's college graduation. And his first jump in 2017 was to celebrate his 100th birthday.

And the youngest skydiver in the world is four-year-old Tony Stadler from South Africa. When Tony jumped out of a single-engine plane 3,000 meters above the ground, Tony was strapped to the chest of tandem master Paul Lukic and free-fell for half a minute before opening his parachute.

2. The wettest and driest places in the world

The wettest place in the world is located in Mawsynram, Meghalaya, India. its annual rainfall is 11,871 mm. The mountainous terrain of the surrounding land forces the northward-moving wet monsoon from the Bay of Bengal to converge over Mawsynram.

What many people may not realize is that the driest place in the world is located in Antarctica, a place known as the Dry Valleys. This place has not had rain for 2 million years. There is almost no water, ice, or snow in this 4800 square kilometer strip. The reason for the lack of rainfall in this area is that gravity blows the winds from the mountains, which contain so much water that gravity pulls them down and keeps them away from the valley.

3. The highest and lowest bike rides

According to the Guinness Book of World Records, the highest bike ride in the world is the International Alpaca Route in Peru, which starts at 4,873 meters above sea level in the city of Puno, Peru. This altitude is just less than half the altitude at which commercial aircraft fly.

The act of cycling in the lowest geographical location, on the other hand, takes place over water. In 2008, Vittorio Nocente from Italia attempted to ride 66.5 meters underwater wearing scuba gear, thus setting a world record for the deepest underwater ride.

4. The world's widest and narrowest streets

The 9th of July Avenue, the world's widest street, is located on the main street in the center of Buenos Aires, Argentina, and is named to commemorate Argentina's Independence Day on 9 July 1816. The avenue has a maximum of seven lanes in each direction, with two parallel streets on each side. Running through the center of this avenue is Buenos Aires' rapid transit corridor, which is 3 km long and was inaugurated in July 2013. There are two wide medians between the side streets and the main road.

And according to the Guinness Book of World Records, the world's narrowest street is located in the old town of Reutlingen, Germany. The street is a narrow alley between two narrow houses, called Spreuerhofstraße, and is only 31 cm wide at its narrowest point, with an average width of 40 cm. The street is not particularly long either, at 3.8 meters. However, as it is located on municipal land, the inhabitants of Reutlingen insist that it is a public street.

5. The largest and smallest hotels

The largest hotel in the world is probably the First World Hotel in Malaysia, which is also known as the Genting Hotel Malaysia. This huge building has 7,351 rooms. From 2006 to 2008, this hotel was the largest in the world. Although it was briefly overtaken by other hotels, it snatched back the world's largest status in 2015.

The world's smallest hotel, on the other hand, is located in the Hotel Ghusl in Germany, which holds the Guinness World Record for being the smallest hotel in the world at just 53 meters. The entire building is only 2.5 meters wide. Romance has always been at the heart of this hotel, from its history to its love-themed décor. The name of the hotel even means 'House of Marriage'. The tiny house somehow contains the main entrance hall, breakfast room, living room and bathroom, and a bedroom on the top floor.

6. The world's shortest and longest-lived animals

The shortest-lived animal in the world is the mayfly, which lives for just one day. This means that in 24 hours they are born, grow, reproduce and die.

The longest-lived animal in the world is the lighthouse jellyfish, which can live forever if they are not harmed externally. The secret of their immortality lies in the fact that they can transform their older forms into juvenile forms and thus cycle indefinitely.

According to a survey conducted in 2010, the current world record for a person not sleeping is 266 hours, the equivalent of a little over 11 days. However, the knownthbetter-knownwn cases of prolonged sleeplessness stem from experiments conducted in 1964. At that time, an American California high school student named Randy Gardner managed to stay awake for 264 hours. Towards the end of those 11 days, Gardner began to become paranoid and even began to hallucinate. However, after his recovery, he reportedly did not experience any long-term physical or psychological effects.

Although there is no official record of the longest period of uninterrupted sleep, however, the longest hypnotic sleep lasted eight days and received a lot of media coverage.

What other extreme comparisons of different things would you like to see? Do you make similar interesting comparisons of everyday things in your life?

The cruelty of time is that it can only take you into the future but not back to the past.

More stories from cly mumford and writers in Lifehack and other communities.