by Vasile Stef 2 months ago in health
Report Story

Whatever your choice, remember to consume in moderation 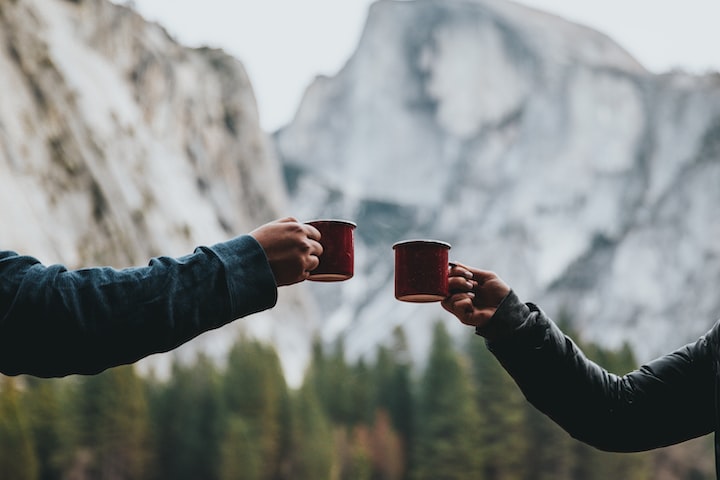 Tea or coffee is a debate that often springs up amongst enthusiasts on either side. Most people have a preference for one drink or the other, although many enjoy both. But, in this busy world we live in, which one will help you stay awake? We look into a few different studies to try to offer some answers!

The History of Tea

Tea first began in China, and according to legend, it was totally by accident! The story goes that in 2737 BC, some leaves blew into boiling water that Chinese emperor Shen Nung’s servant was boiling, thus creating the first ever tea. Tea containers have been discovered in tombs from as early as 206 BC to 220 AD, but the drink didn’t make its way to Europe until 1606. During its long history, many types of tea have been created, with the relatively modern invention of the tea bag making it even easier to enjoy a nice cuppa!

The History of Coffee

The history of coffee is also one rooted in legend and mystery. It is said that a goat herder called "Kaldi" was the first to discover coffee after he noticed his goats would be more energetic and unable to sleep following the consumption of berries from a particular tree. The Yemeni district of Arabia was growing coffee by the 15th century, and the beverage had spread to Egypt, Persia, Syria, and Turkey by the 16th. The 17th century saw the bean travel to Europe, and despite some controversy—it was called the “bitter invention of Satan” by some—the drink was a success, with many coffee houses and businesses springing up afterwards.

There’s no doubt that coffee contains more caffeine than tea. While the average cup of Earl Grey or English Breakfast can contain up to 70 mg of caffeine, a cup of coffee can have as much as 200 mg of caffeine in it! These levels change depending on the type of brewing method chosen, as some styles of coffee contain more milligrams of caffeine per litre. Espresso, for example, contains 4,200 mg per litre (+/- 139 mg), whereas French Press (with a plunger) contains 742 mg per litre (+/- 27 mg)... so, that’s quite the difference!

But what exactly is happening inside your body when you get that energy boost from caffeine? Once in the brain, caffeine molecules bind to adenosine receptors (since they are a similar shape to the adenosine molecules). When caffeine binds to these receptors, they block the adenosine molecules. Caffeine masks the feeling of sleepiness or exhaustion as adenosine connecting receptors are what signals to the brain that sleep time is imminent.Dopamine, the neurotransmitter responsible for happy feelings, becomes more plentiful during this process, which is why caffeine can give you that warm, fuzzy feeling. Higher levels of adenosine in the blood system also lead to the adrenal glands pumping out more adrenaline, which contributes to the spike in energy felt after your morning cup of caffeine.

This increase in energy can be great, but be careful not to over-do it! The consensus for how much caffeine per day is too much is pretty clear across the board—no more than 400 mg a day. It’s also recommended to stop consuming caffeine six to seven hours before you head to bed, to ensure enough will be out of your system to get a good night’s rest.

Although both drinks contain caffeine, tea and coffee are quite different when it comes to the way they affect your energy levels. With coffee you often receive a spike in energy almost immediately after drinking, while tea is more likely to give you a slow release of energy after consumption. It is more common to experience a “caffeine crash” with coffee, rather than tea, due to the larger amounts of caffeine found in the drink.

There is an amino acid called L-theanine in tea that slows down the speed at which your body absorbs caffeine. This amino acid can also help you to lower anxiety and improve brain power.

If you are after a quick energy hit for a (relatively) short amount of time, then coffee might be preferable over tea. The levels of caffeine found in coffee can encourage your body to stay awake without feeling lethargy. However, this can have a negative effect of finding it difficult to wind down when sleep is needed. Make sure to take proper precautions (such as not exceeding the recommended 400 mg of caffeine daily, and stopping consumption six to seven hours before sleep) to ensure you can still relax when needed.

If you are after a slower-burn energy hit, then tea might be preferable, as caffeine is found in lower doses in the drink, and it releases slower into the body. If you are looking for mild stimulation for a longer amount of time, a cup of tea could be worth considering.

Whatever your choice, remember to consume in moderation, and don’t forget to stay hydrated with a nice glass of water every once in a while!

More stories from Vasile Stef and writers in Lifehack and other communities.