Optimizing Your Garden for Drought or Water Conservation

by Nishant Baxi 2 months ago in garden 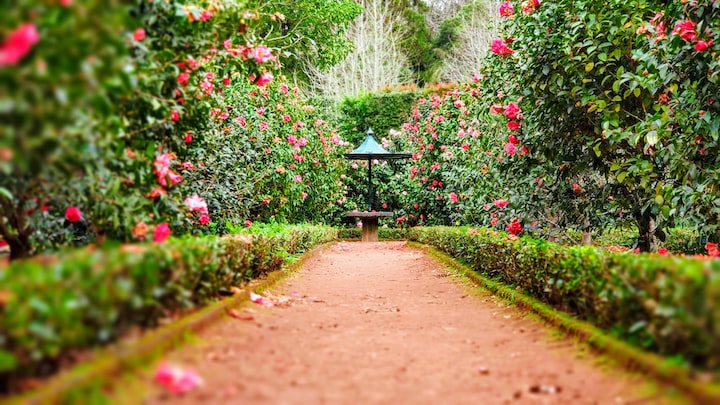 Photo by Ignacio Correia on Unsplash

past few years, as this state has been undergoing a rather severe drought.

The city is imposing watering restrictions that are not giving enough

water to lawns and plants. I've had to renovate my garden to make it more

water-efficient. Now, because of the techniques I've employed, I'm the

only one in my neighborhood with a garden that isn't completely brown. So

to save water, I suggest you use some of these techniques as well.

First, I took out all my plants. The soil I was using didn't retain water

very well, so I had to water about twice as much as necessary to

get it to absorb into the roots. If you have this same problem,

you can fix it by loading the soil up with lots of compost. This not only

prevents water from escaping but encourages the plant's roots to be

healthy and able to survive more.

Once I was done optimizing the soil for my new low water consumption plan,

I was ready to replace all my plants. I decided that the placement of all

my plants would reflect the amount of water necessary to keep them alive.

garden, and then just progressed in the amount of required water to the

other side of the garden. As a result of my new arrangement, I don't have

to waste water on plants that don't need it as much.

that reduced the amount of water I needed to fully water my garden. The

plants so that every single drop is absorbed. With traditional watering

systems, usually, the roots get too overwhelmed with the sheer amount of

water in the soil. Thus, lots just seep right past. This is all taken

care of with the drip system.

If you still seem to need more water than you can supply to your garden,

you might consider which plants you could replace with less water-dependent plants. If you want a good shrub that doesn't use up more than

its share of water, look for Heavenly Bamboo. It is not only tolerant of

droughts but looks rather decorative in any garden. Herbs such as

rosemary are useful in preparing meals and are rarely thirsty.

despite the lower amounts of water, look for penstemon varieties like

Garnet, Apple Blossom, Moonbeam, and Midnight. You can attract

hummingbirds and butterflies with varieties like Cosmos and Yarrow. The

withstanding, but they sure are. Your neighbors won't be saying "Look at

them, they downgraded their plants just to withstand the drought. What

chumps!" Instead, they will be marveling over how you keep your flowers so

beautiful amid the watering regulations.

One of my favorite drought resistant plants is the Lavender plant. I could

go on for pages about it. A large group of Lavender plants looks

unbelievably gorgeous in your garden and hardly requires any water to

flourish. Pineapple sage is another personal favorite. It is a 2+ foot

shrub that smells strangely of pineapple. It's another major attracter of

hummingbirds, and the leaves are also useful to add taste to drinks.

So if you are in the position I was, and you're dealing with a drought and

perhaps watering regulations, I suggest you try some of the things I've

mentioned. Even if you're just trying to conserve water or be generally

more efficient with it, I think you'll still be able to benefit.

garden
Nishant Baxi
Read next: 10 Remarkable Facts Of The 18th Century That Will Surprise You
Nishant Baxi