Irrational Shopping Due To Framing Effect

by Saral Verma 12 days ago in how to

The discount banners in the shopping complexes are fooling you pretty well, and how to avoid it? 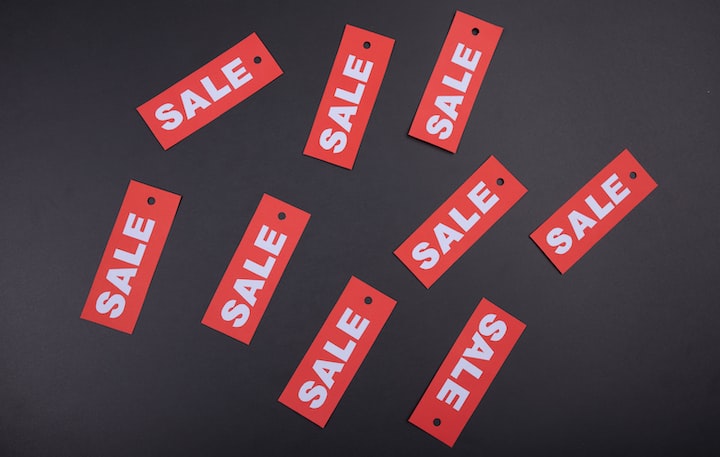 Photo by Tamanna Rumee on Unsplash

You bought cool ripped jeans because it was on 20% discount sale, good decision, right? Yes, indeed it was a good deal, but the bitter truth is you didn’t buy the jeans because of the discount. You were just framed like many other people. You bought the stuff because you paid “20% less,” but what about the 80% you paid? For example: If the same banner was available with the line — Get these jeans at 80% of the MRP, suddenly it doesn’t feel like a pretty good deal as the earlier one. I can guarantee that more than 60% of people will say it's not a good deal after seeing this kind of banner. However, both indicate the same things.

Most of the brands know about Framing Effect, and they have been using this trick to fool your brain for a long time. Actually, people currently don’t buy things unless they are framed or find a “profit” while buying on discounts. So what is the framing effect, and how does it work?

Framing Effect and Its Working

Framing Effect largely uses Prospect Theory as its basis so let's start with it first. If you found $10 on the street, you’ll be pretty happy, but one day if you lost your $10 bill somewhere, your intensity of sadness will be far more than the intensity of happiness you experienced earlier. This is because of the fear of loss. Our brains don’t consider the losses and gains on the same scale. Your makes you far sadder than the happiness you got from the equivalent gain. So, your brains avoid things that are represented with probable loss or negative connotations. Now, this leads to a cognitive bias, where people make a decision on how things are presented to them in different frames even though they represent the same things.

Cognitive bias indicates the biases you develop to make a particular decision without any proper analysis. It can be considered an error that compels you to make a choice based on irrational factors. Due to the Framing Effect, the rationality of your decisions making process decreases. During shopping, you think that you’re “saving” 20% of the money, which is a positive frame, and the negative frame for a similar scenario will be 80% of your money will be “gone” with respect to MRP. Marketing works on the basis of representing you with a positive frame and compelling you to make irrational decisions. The absence of one of the frames is the root problem of this issue.

Most of the people who come in contact with these promotional banners are young adults and are successfully framed inside this marketing trap. Sometimes, you end up buying things just because of discounts, which fulfill marketing's ultimate goal. This strategy works almost in every regime of marketing. Food packets are labeled with “20% fat-free” as no one will buy “80% fat” labeled yogurt.

Decision Fatigue also comes into play when you had a tiring day, or if you have already spent too much time inside the market, you’ll end up buying unnecessary things. Decision fatigue is a condition when you have already made lots of decision in a short time, so your decision making quality deteriorate for upcoming scenarios. The framing effect, along with Decision Fatigue, becomes perfect partners for your irrational Shopping. Unfortunately, there is not a very effective way to avoid decision fatigue after you’ve already reached the shopping complex and had a very tiring day because you’re already in a state of decision fatigue.

There are many ways to avoid decision fatigue, but they work only when you adopt them in your habit and involves a filtration process involving important and unimportant decisions. But we can still circumvent the framing effect, which handles our problem of irrational shopping very well.

How To Circumvent The Framing Effect?

You already know their strategy now, so you can’t be tricked any further. Your mind will automatically show you two banners, and you’ll be able to make intelligent decisions based on your needs, not just because of the discounts. Pay meticulous attention to the frame present in front of your eyes.

Next time, whenever you’ll see such banners, just create the negative frames for the equivalent scenario in your mind. After keeping in mind both the frames for the scenario, you’ll be able to make a rational decision. Just decide whether you really need the thing or not? As you have read this article, you’ll automatically think about the framing effect whenever you see any promotional discount outside any store as you know their strategies. You have converted your irrational shopping into rational shopping.

how to
Saral Verma
Read next: 10 Remarkable Facts Of The 18th Century That Will Surprise You
Saral Verma

A wanderer who finds faults in the society and a techie who finds ways to make life interesting : )

See all posts by Saral Verma →

Bond Cleaning Gold Coast has some of the useful cleaning tips for you that will help you save money at the end of your lease. Organizing a deep and thorough cleaning for your rental property can be a tiresome task.