Do This One Thing To Stay Productive

by Eric Burdon 2 years ago in how to
Report Story

The only kind of productivity hack you need 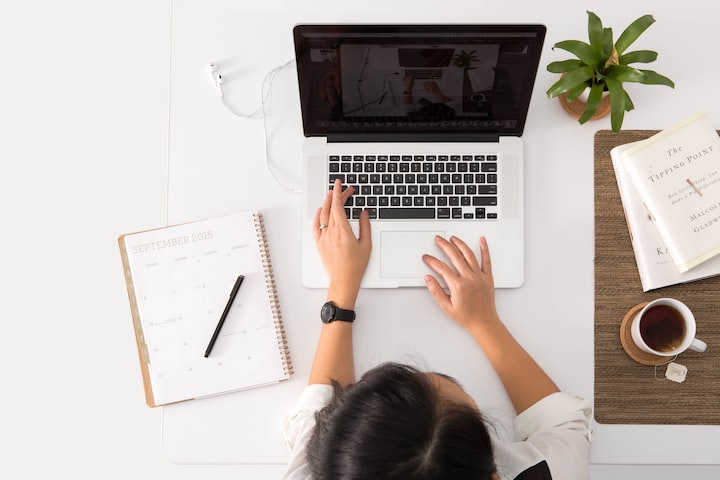 There are so many kinds of productivity hacks out there and there is no wrong method to be using. Over the years, I've seen people use sophisticated charts, put things into a planner, organize their work space and more.

But whenever I get into a funk or a burst where I'm utterly distracted, I always fall back on this one particular method. It's a method I rely on so much since all the other methods tend to fail for me.

This method is simple and follows a method I do normally when I am productive.

But this particular to-do list is a bit different.

Not only do I structure these to-do lists differently - more on that later - but my "getting back into a flow to-do list" functions differently.

To best explain this, let's first talk about what a to-do list actually is and why it's the best method to use in general.

Why Use To-Do Lists In The First Place?

As mentioned, there is no right or wrong method to boost productivity. That said, I feel that to-do lists are the best because of various reasons.

First of which is that they are natural for us to gravitate towards. When looking at how we build habits and routines, you can start to see these practices aren't so different from to-do lists.

Your morning routine is not so different from implementing a to-do list. The only difference is a to-do list programs activities that aren't hard-wired into your brain.

Second, I find people's arguments against this method to be very weak. The most common example is that to-do lists waste a lot of time and lead to over-planning.

While that does happen, it is worth noting that it comes from people who either themselves or someone else they know use to-do lists poorly. Most times people pile on task after task and that does lead to problems.

The last reason is that it simply works when you look at what's involved in the method and when you take advantage of it. To do that, you need to know how to build a proper to-do list.

Building a proper to-do list comes down to specific characteristics of the list itself. I've discussed these many times and I've uncovered them from my research into building consistent habits.

When building a to-do list the characteristics are as follows:

These three conditions play a significant role as it balances out some key aspects about people.

The reason for to-do lists not working when you pile up tasks is due to the fact that we're not mentally prepared for that. Even if the tasks on a long list take a handful of minutes to complete each, you still need to overcome the mental strain that comes from looking at a long list.

We are effectively working against our own mental programming when we are left with a long list of tasks. It's for this reason in businesses, your responsibilities can be narrowed down to a handful of tasks.

The other aspect to take note of is dopamine. It's a feel-good drug that our brain produces and it is highly addictive. It's great in methods like this, but it can backfire when used improperly.

This is the same kind of drug that's used in many mobile games these days. Any level of progress sparks this drug and can quickly become an addiction.

Why this is dangerous with to-do lists is even if you're not intimidated by long lists mentally, the quality of the tasks can evolve into piling on things so you can get your dopamine fix. After all, an addiction can only be satisfied if you fulfil higher levels.

The bullet points mentioned above protect you from these since you're forcing yourself into a short list but also finding your dopamine in more quality tasks. You're more focused on the overall results of having completed the task rather than completing a task for the sake of completing it.

But now that you understand all of this, I've got a specific method similar to a proper to-do list that can help you break out of any rut you happen to be in right now.

That method is to make a much shorter to-do list. And while that may seem anti-climactic here, hear me out on this.

Instead of having a max of three - or five - tasks, instead, you are focusing on a single task per day.

This idea stems from a study I found recently. In 2019, researchers found that people only need to spend 8 hours per week in order to feel a sense of satisfaction and progression.

That is insane, but it also makes sense for me since I'm someone who admittedly doesn't work a lot in general and still feel satisfied with the work done.

And during this pandemic, while it has put me in a funk lately, I'm slowly getting back to it thanks to this method.

This works because it's going back to basic habit building. You see, to-do lists are as much a productivity tool as it is a habit building tool. If you're putting down the same task day in and day out, you're going to build consistency.

It'll get to the point where it becomes second nature to you and you don't question why you're doing it nor need anything to remind you to do it. You'll just do it.

I find this method works because when you have but one task to complete, you can turn it into a mantra of sorts.

"Write a single article today and you'll walk away happy."

That's what I've been telling myself lately and it's been making progress for me. This reminds me of when I first started writing where I focused merely on writing and publishing an article every day.

It didn't matter if it was a heaping pile of garbage. I wrote it and published it and it made me happy.

I believe having this simple method during these times can play a significant role for you as well. During this pandemic, many of us are stuck at home with little to do. My suggestion is to focus on one skill to develop and work to develop it.

Want to learn a new language? Tell yourself to watch three language videos a day.

Want to be more active? Go for a walk every day for an hour or follow an exercise regimen.

While these tasks are simple, the trick is to place intense focus on these aspects. Tell yourself why you want to do this and place satisfaction at the very end and during the process.

Do this, and you'll have a more productive life now and in the future.

I used to say a lot, now I do a lot. Sharing advice, stories, aspirations, and thoughts along the way. Want to be a better person? Read some of my stories to help you grow and shine brightly!

More stories from Eric Burdon and writers in Lifehack and other communities.