AK
by Alica Knopwood 5 months ago in how to 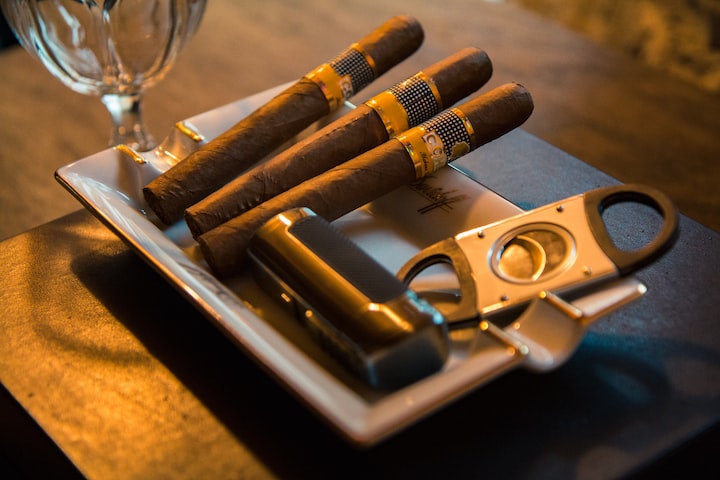 Photo by Yohan Cho on Unsplash

King Edward VII was known for his role in tobacco promotion throughout England. As history tells us, Queen Victoria had banned smoking in the English courts. Famously, King Edward VII removed the ban by boldly stepping into the royal office and declaring, “Gentlemen, you may smoke.”

In his honor, King Edward cigars are a testament to bold cigar smokers everywhere. Made using 100% natural filler in Jacksonville, Florida, King Edward Cigars are mild, smooth, and deliciously affordable. Not only that, these are some of the most popular machine-made cigars ever produced.

In this guide, we’ll walk you through the styles, flavors, and history of King Edward Cigars. That way, the next time you light one up, you’ll be able to truly appreciate their legacy. Without further ado, here’s everything you need to know about the King Edward cigar brand!

King Edward the Seventh was known for his even temperament and classy nature. Like the cigars that honor his name, this fellow was smooth, rich, and bold. After becoming a royal official, he immediately removed Queen Elizabeth’s smoking ban.

Notably, he believed men should be allowed to smoke whenever they pleased. Consequently, noblemen and courtiers alike were exceedingly grateful. Personally, King Edward was known to smoke as many as 20 cigars a day. Understandably, a strict smoking ban in court would never have suited such a tobacco lover.

When a brand has been around for over 100 years, it’s usually for good reason. King Edward Cigars have been a favorite among cigar smokers since 1918. Originally, the brand was created to honor King Edward himself, who took the reign from Queen Victoria in 1901.

To this day, English natives all over the world prefer King Edward Cigars to many of the Cuban blends on the market. For that reason, this long-standing brand has a well-earned place in cigar legend and history.

Over the last century, King Edward Cigars have come in an array of styles and flavors. In the 1900s, hand made King Edward Imperials and Invincibles were extremely popular. When Swisher began crafting machine-rolled cigars in the 1920s, King Edward filtered cigars were introduced. King Edward Filtered Little Cigars are affordable, easy to smoke, and beautifully balanced.

The Swisher International Company has been a cigar conglomerate for around 150 years. Additionally, this company has been manufacturing King Edward cigars for more than a century. As such, you can trust that you’re smoking a cigar crafter with experience.

If you have a sweet tooth, their cherry cigar is amazing. For mint lovers, their menthol cigars are refreshingly supreme. Regardless of your flavor preferences, you’ll enjoy premium 100% natural tobacco filler in a delicate and smooth slow-burning leaf wrapper.

Where to Buy King Edward Cigars

As a popular and well-known brand, these cigars can be found almost everywhere tobacco is sold. With that being said, for the best value on the freshest cigars, online shopping is ideal. Not only can you buy King Edward Cigars online at great prices, but you’ll also enjoy a better product selection.

To taste the rich history and legacy of King Edward Cigars personally, simply click the link above. From there, you’ll be taken directly to one of the best sellers of wholesale cigars online. Additionally, this online cigar shop offers international shipping and various discounts for qualifying purchases. As always, thanks for reading, and we wish you happy smoking!

See all posts by Alica Knopwood →