by The Geeky Chica about a month ago in how to

and how to fix them. 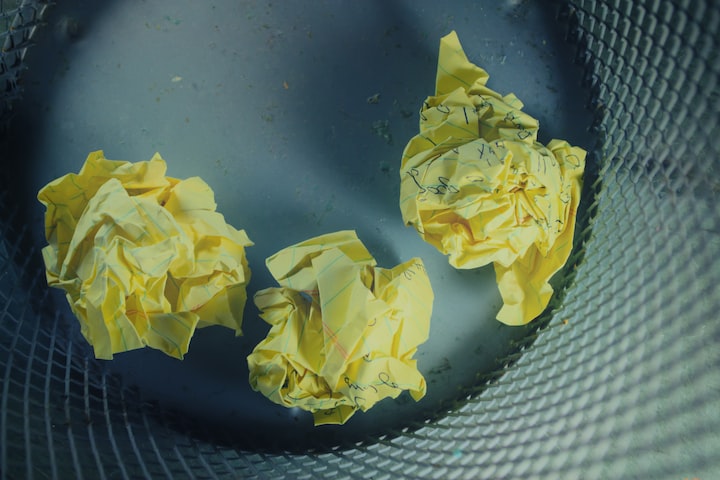 Want to improve your writing and more clearly get your message across? After all, no one likes to be misunderstood. And if you’re interested in earning money from your writing, it pays (literally) to have a firm grasp of the mechanics.

As a professional writer and editor, I've noticed some common mistakes that newbie writers — and some experienced ones — tend to make. Let’s take a deep dive into these errors and how to fix them in your writing.

Confusing “That” and “Which”

Somehow, “which” got a reputation as the more formal version of “that,” but the two words actually have different functions. “That” connects a restrictive clause to the main clause. A restrictive phrase modifies the main clause’s meaning. “Which,” however, simply links two independent clauses together. Here are examples:

“That” also tends to be overused in writing. Often, it can be omitted and the meaning still understandable. For example, “She loved the gift he gave her for Christmas” still makes sense. However, “which” can’t be removed without creating a comma splice, e.g. “He bought himself a new car, was a first for him.”

Homophones are words that sound alike but have different spellings and meanings. People who are new to writing might not know the correct spelling for the word they want to use. Two of the most common errors are the correct uses of "your"/"you’re" and "there"/"their"/"they’re." Some of the confusion stems from the apostrophe, which is also used in possessive nouns. So, many people assume that “they’re” and “you’re” are possessive. Here, though, the apostrophe represents missing letters:

You’re: a contraction of “You are”

They’re: a contraction of “They are”

You can remember these because they resemble “We’re,” which is a contraction of “We are.”

“Their” is the possessive form. It’s similar to “Your” and “Our.” You can remember these possessive adjectives because they all end in “r.”

That leaves us with “there,” which indicates a place or location. You can remember it because it’s the word “here” with a “t.”

There are many other cases of homophones, but these are the most common errors. If you’re struggling to find the correct spelling for the word you want to use, try speaking the sentence you want into Google or Siri. You’ll usually get the correct word.

The road to hell is paved with adverbs. – Stephen King

Adverbs are words that modify verbs or adjectives. While they’re a normal part of grammar, they tend to make sentences long and unwieldy. They’re also a sign of lazy writing because they show that the writer is not choosing the best verb for the situation. If you need to modify your verb, it probably wasn’t the best choice.

Let’s look at some common types of adverbs.

Some are adjectives that have a “-ly” at the end. These include words such as “quickly,” “slowly,” “mostly,” “only” and so on. The problem with these words is that they lengthen the sentence when a stronger verb would suffice. For example, instead of “walk slowly,” you could say “amble.” Instead of “speak angrily,” you could say “bluster.”

Other adverbs, such as “somewhat” or “almost,” modify verbs to qualify their meaning. It can be difficult to avoid these words because they impart necessary information, but they often come off as “weasel words,” i.e. phrasing that makes you sound uncertain. Be sure that you’re not “beating around the bush” in your writing. Do you really need to qualify your verbs?

Adverbs should only be used when they are necessary to express your meaning. For example, in the preceding sentence, “only” is modifying the verb phrase “be used.” Were I to remove the “only,” the meaning of the sentence would change. As another example, there is a difference between saying that you drink coffee and that you only drink coffee.

Even experienced writers tend to fall into writing “tics,” where they repeatedly use the same phrasing and structures. For example, some writers begin every sentence with an introductory phrase such as “for example.” Others write only short sentences, giving their work a choppy feel. Vary your sentences within each paragraph to avoid a boring tone.

Let’s look at some common sentence structures and how to mix them up:

Simple sentences contain a subject and verb. They can be very short, such as “Birds sing.” Mix simple sentences into your writing to provide the reader with a break from lengthy ones.

Compound sentences use a conjunction such as “and,” “or,” or “but” to link two sentences together. Some writers overuse compound sentences. You should only link sentences when there is a clear relationship between them. Avoid complicated structures such as the popular “not only”–“but also” construction.

Sentences with introductory elements begin with transitional words such as “Also” or “Plus, or phrases such “On the other hand,” or “By the way.” Avoid doing this several times in a row: it makes your writing clunky.

Imperative sentences make the reader the subject, e.g. “Take action” and “Do it.” These are key to persuasive writing and are a good way to conclude a paragraph.

To check your writing for sentence clarity, use a tool such as Hemingway, or simply read your work aloud. The ear can detect stilted, boring writing better than any app can.

Of course, practice makes perfect. When you get into a daily writing habit, you’ll quickly improve your craft. Be sure to read others’ work too: you’ll gain a strong ear for good grammar and mechanics. Plus, you’ll get inspired for your own work.