You Should Achieve One Goal  GROWTH?

Why use growth hacking? 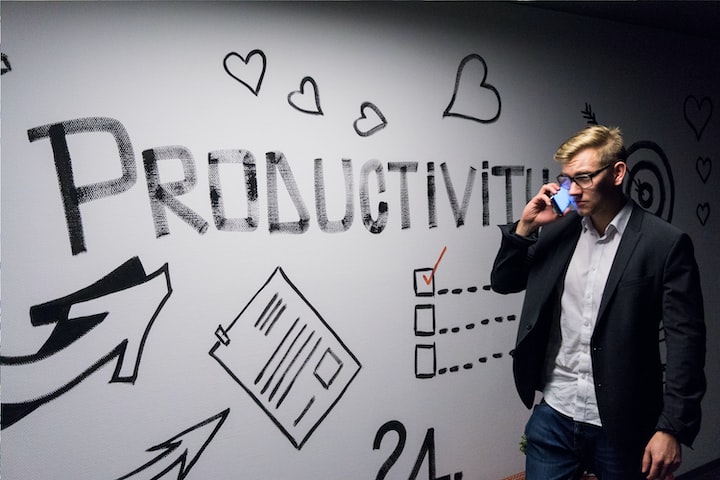 Photo by Andreas Klassen on Unsplash

Growth hacking is so misunderstood that there is a desperate need for people to cope with it. It's a buzzing stage? It's something related to hackers? It's the future of marketing? Or is it simply a word inspired by the start-up culture?

The name may change but the substance will remain the same. And it would not disappear very soon. The first one who spoke about this phrase was Sean Ellis the man behind Dropbox in 2010. He got this idea from the needless perspective of hiring replacements for himself. Sean was the guy from California valley who helped several companies achieve incredible growth. He created systems, processes, and mindsets that all were maintained after he left those companies. For all this to continue he had to search for the right people to replace him, not that typical traditional marketers. And his journey begins. Asking for good marketers he got to the point that their skills didn't match the profile searched. So, he invented the phrase find a growth hacker.

Ok, but why hackers? Because often refers to someone clever, original, and very creative. A hacker is a software engineer who gains unauthorized access to a system, platform, or database. Break something without permission. It doesn't really matter how he does it important is to get him access. Even if 'Hacker' always carries a negative connotation nowadays it's gaining more credibility in a world you know nerds hold the keys to commerce. So start-ups today are taking lessons from the hackers on how to disrupt markets, ruffle the feathers of competition, and boost their business with rapid growth. A popular idea in hacking is zero-day exploits, security holes that create instant vulnerabilities once they are known. There are zero days between the knowledge of holes and the exploitation of them. Likewise, when a new social platform releases an API (application programming interface) there is a time when you can gain users before the hole they used is closed. This is where the growth hacker goes hunting the system weaknesses which will allow growth. These paths are extremely creative to find and very technology-based. And Yes, a traditional marketer cannot be a growth one until he chooses only to focus on one singular goal - GROWTH. He must be unethical, smart, and build harmless features that increase conversions. A better know, like, and trust factor around your product. His blood must be the analytics tools that will uncover awesomeness or daftness. Doesn't matter how charismatic or how powerful his ideas are. The focus is only on the tracking of the products and activities to ensure that his numbers will show how can make success repeatable. Seems mysterious, but really isn't. There is no smoke only hard work and a lot of training and above all curiosity. Fear of being wrong or right. Fear of being different.

But really what is this growth hacking?

Growth hacking is the right blend of product development activities to find what works for your business. Growth hacking is not focused on a specific technique it's applying all the best over time until success is acquired. All about the scale and there is no template to master it. It's built on the concept of running rapid experiments, frequent testing, agility, iterative processes, speed, and the use of real user feedback, to discover interesting methods of marketing that are built into the product or services themselves. (Addictiveness or habit strategy forming so there is a high rate of continued use, repeat sales, and referrals from current customers) Solving difficult problems or creating rapid ideas to increase that viral touch. Hacking!? Doesn't come overnight, it is not easy, and it is not straightforward.

For example, Twitter realized in 2009 that users never come back after they sign up to use the website. After some extensive research, they discovered that first-time users are much likely to use their website if they followed at least 10 Twitter accounts after signing up. The logic goes like this: if you follow your first 10 users, you'll have your feed filled with interesting content. That aha moment gave rise to their gradual engagement strategy that turned in millions of users. Furthermore Dropbox, Uber, Airbnb, Tinder, Square are examples of growth hacking at their best. It allows them to market themselves. Their focus was that the word spreads and if you like the idea and have friends who could benefit from using their service, you're very likely to suggest it. Another example is one of the fastest-growing software companies in the world. They have a lot of teams involved in growth hacking and the results are interesting but they are a B2B company selling products that the public has never heard of it. They will not be successful for some people because they are not spreading like Instagram, but they are at the top and it will be very difficult to compete with them in the future.

Why use growth hacking?

Ok, let me tell you that even mega-giants Apple or Amazon began in someone's garage and grew to what they are today with the help of growth hacking. For thousands of years, a product has been a physical good, but now with the invisible bits and bytes, we have software products. From cars, shampoo, burgers to Twitter, Facebook, etc. The internet has given a new kind of product and it demands a new way of thinking. A strategy where the product can play a role in its own adoption. If you would understand that potential to spread freely and acquire growth then you will be responsible to transform this potential into reality. Think about McDonald's in 1950 who understood that the interstate roads (the new highways) were a new channel for getting customers. They took advantage and they built several restaurants along the roads. This was the first growth hacking. So instead of roads now we have search engines where digital businesses can be seen, we have YouTube, not cinemas, we have Facebook instead of going to our friend's house for a little chat.

Growth hacking might be the new holy grail for your startup or business idea success. Gain maximum growth while spending the least amount of money. OHH SHIT!!

More stories from 7 Cubed and writers in Journal and other communities.