You Really Don't Have to Write Every Day

The difference between perfecting your craft and burning yourself out 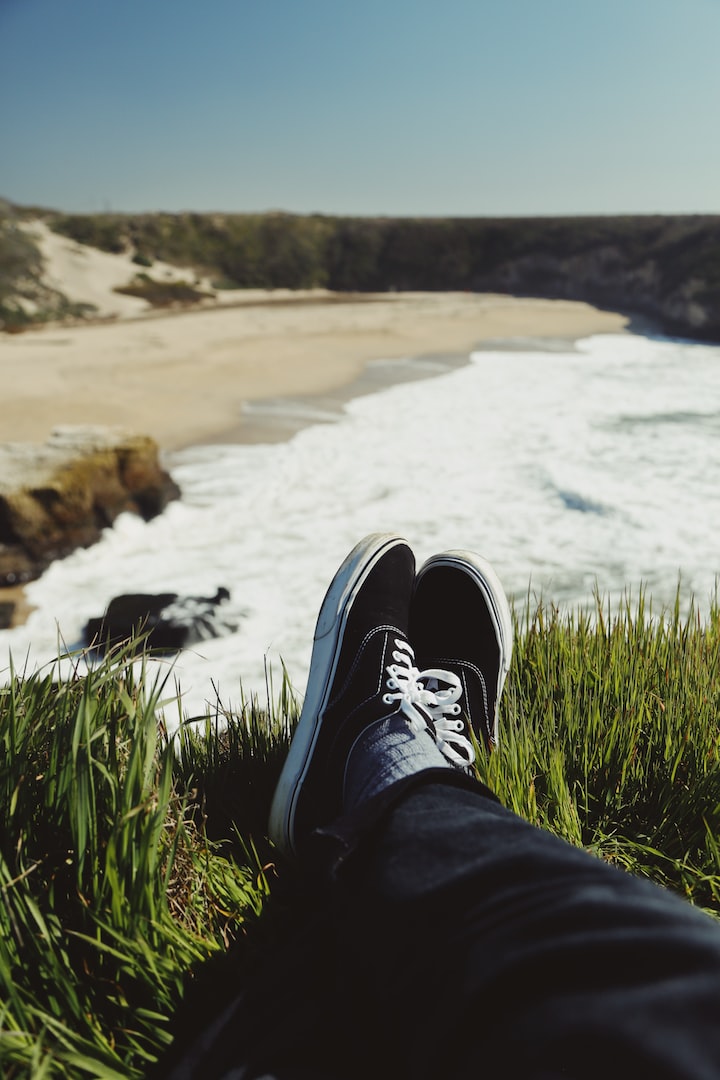 The internet is awash with writing advice. Much of which is hideous clickbait along the lines of, "How I Made Nine Gazillion Dollars with One Article!"

It's not impossible to make money (and even good amounts of money) through your words, but the propensity of articles claiming to show how you can become rich by crafting a handful of pieces weave a fantasy that very rarely matches the reality of trying to carve out a side-hustle as a writer.

Certainly not the financial reality.

Most of us don't earn enough to pay a month's rent with our articles and stories; the idea that we can use that money to jet off to the Caribbean or give up the day job is an absurd one.

But that doesn't stop us devouring all those 'How To Succeed as a Writer' pieces. Because - and let's be honest here - we all want success.

And there's absolutely nothing wrong with that.

It is in no way ridiculous or morally wrong to want to earn money from your work; if it's good, if it enriches someone else's life, why shouldn't it make you a dollar or two? So, whilst we write, we also read, greedily gobbling up success stories, hoping that some of those trailblazer's literary glory can rub off on us.

The problem is that for every universal, copper-bottomed piece of writing advice, there is another snippet of perceived wisdom that will do absolutely nothing for you. In fact, although something might have gloriously worked for someone else, it could end up being detrimental to you.

And one that almost destroyed me was the idea that you have (have!) to write every day. Trust me - it nearly killed me.

The truth is you DON'T have to write every day. You really don't.

If you can, great. Do it. Nothing will improve you more as a writer than being consistent. It may be annoyingly unoriginal, but writing - like any other skill - improves the more you do it; the more you write, the better you become. I'm not sure anyone can honestly dispute that.

However, although consistently producing work will make you better, one writer's consistency might look very different from another's. A truth I was very slow to recognize.

Some days we don't want to write. It might be our dream job, but that doesn't mean that we wake up every day, and leap out of bed eager to pound on our keyboards. Some days we have the motivation of a teenager who's just been told to tidy their bedrooms.

Now, the consensus appears to be that on such days we power through. We attach ourselves to our chairs and just work. After all, dream job or not, it's still a job. And, like all jobs, that means having to put in a shift even when we can list a million things we'd rather be doing. The only problem is that idea is reductive. Because you're not looking at the reasons why you're struggling that day.

And taking the time to work that out is time very well spent.

When I began my writing journey in earnest, I did indeed power through. I would write every day, regardless of how blocked and inert I felt. Sometimes, this was utterly the correct thing to do. The majority of the time I was simply being lazy or procrastinating, and hard work quickly blew those obstacles away.

However, on other occasions, there was something else in play. I wasn't just being lazy, or channelling my inner Hamlet; there was a genuine problem that needed to be addressed.

In my case, burnout.

From the outset, I found instant success on one platform. Hoping to exploit that, I wrote as many articles for that site as I could. In itself, this is not a problem; the iron is not often hot for us as a writer - when it is, we have no choice but to strike.

However, I got greedy. If I could find success on one platform, then surely I could do so on another? So I started work on another site. Then another. It goes without saying, that I was wrung out in no time. However, I'm a writer and writers write! Keep going, Christopher!

Before long my work was not only lifeless, but my productivity also slowed to a trickle. Did this mean I wasn't capable of doing this?

No. It meant that I was exhausted.

In addition to trying to churn out 10 articles a week, I was also attempting to adjust to the new Covid-shaped world I suddenly found myself in, as well as work full-time as an online English tutor. This last point is key: My entire life was spent staring at the screen of my laptop. I wasn't just bored of the same routine, of the same surroundings - I had become zombified by them.

At such times writing more was the very worst thing I could do. This wasn't about me as a writer; this was about me as a person. And that person was spent. Far from needing to increase or maintain my productivity, I needed a break. I also needed to change.

Mindfulness is an over-used word, but, as a writer, it can be a very powerful weapon. Taking a step back and trying to figure out why I was suddenly so empty clearly showed me that I not only needed to slow down, I also needed to change my approach. Although writing every day might be the preferred ideal, it simply wasn't going to work for me. Not if I didn't want to be dead before I hit 50.

I still wrote every day, but I journaled instead of trying to write an article. Knowing that whatever nonsense flowed out of me was never going to be read by anyone else, was liberating. Slowly I felt my love for the written word being rekindled.

I'd read that one very successful blogger only wrote on Tuesdays and Thursdays, between 10 in the morning and midday. The rest of the week was reserved for research, editing, and actually living a life. I gave it a try and instantly felt happier. The deadlines might have been arbitrary but they focused my mind. Albeit in a gentle, non-demanding manner.

I started writing away from my laptop. I'd take a notebook and sit in the park. Writing longhand, instead of straight onto my computer, changed my style, my tone. Again I felt more invigorated.

Admittedly, the end result was fewer articles: I went from 10 a week to 4. However, in terms of money, those 4 outperformed the 10. I was feeling more alive, and so my writing improved. My work was better so more people read it. Quality over quantity.

It is more than possible to achieve financial success as a writer. However, the path you take might end looking very different from another's route to the top.

Mine is based on being mindful and having a life away from my laptop, and sometimes writing purely for the enjoyment of it instead of trying to carve out a life-affirming, money-spinning, piece every time I sit down to write.

It's also not based on writing every day. It's not about being a prolific writer, but a better one.

You really don't have to write every, single day. That doesn't mean you're not a writer, just a human who needs a life, and a break.

And ensuring you do those things will only make your work better.

If you've liked what you've read, please check out the rest of my work on Vocal, including my Top Story:

More stories from Steven Fitzgerald and writers in Journal and other communities.