by IRIS B STEHN 2 months ago in humanity
Report Story

You better watch out 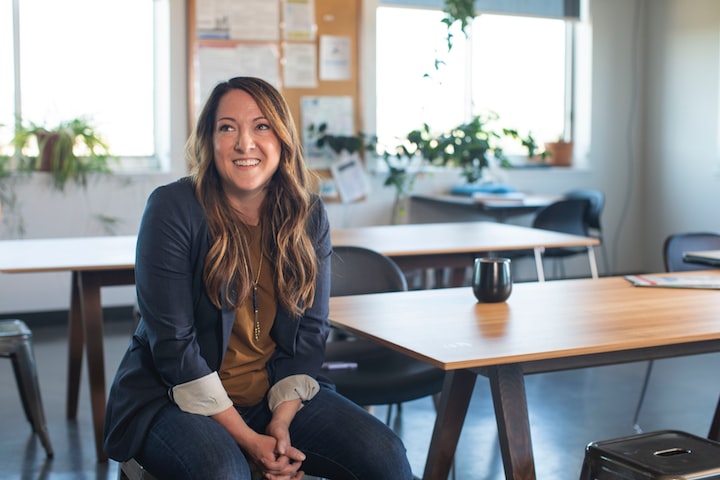 It was a little over 15 years ago when I was just 18 years old and had graduated. I got my final secondary-school examinations and knew what I wanted to do.

We had the opportunity to take the school's first computer science class starting in 10th grade. It was voluntary and in addition to my other classes.

In addition, I was always very good at math and enjoyed technical subjects.

Therefore, I attended these classes from 10th grade until I graduated. I always got full marks and had a lot of fun. My passion for IT grew and I learned Assembler and Visual Basic. I really wanted to study computer science!

Before that, my career aspiration was something to do with languages. I like to learn new languages and about new cultures and countries, also as a hobby. I get inspired when I'm abroad by so many things.

For a while, I wanted to be a teacher of English and French or even a translator. But the latter I found too monotonous at that time and I thought that I would not earn enough as a teacher.

Besides, I didn't know whether I always wanted to work with children or young people. It's certainly a very strenuous profession.

That's why I did some research and found my dream studies: International Business Information Technology. A dual study where you study and work in a company, too.

It is a combination of a lot of IT, some business, intercultural communication, and languages. The studies were partly in English, for example, in subjects like higher mathematics or machine learning.

I am German and come from Germany, so it was a bit more difficult. I like challenges. There were also additional Spanish classes.

My choice and the first obstacles

Before I applied for this dual study at the most famous and biggest IT company, I thought a lot.

What I would like to do afterward, what my future should look like. There were many hundreds of applicants for 10 places for this study.

My boyfriend at the time thought it was ridiculous for me to apply for it. Not because of the many applicants.

But because I am a woman. Because I am wrong in IT. I should rather become a teacher and then have children and take care of them and the household.

IT is for men. How often have I heard this saying from others later on.

Dear men living in the past: Just imagine, times are changing. Women are taking up professions that they enjoy. That they are good at. Independent of men. No matter what some men think of it.

I wanted to become an IT consultant after my studies. I was sure about that. I applied and was invited for an interview. I was so happy!

My voluntary computer science class with full marks and also top grades in maths, German, English, and French helped. Also my great interest in IT and the fact that I could spontaneously tell about my hobbies in French.

According to the interviewers, my interest in other countries and cultures and my helpful and open manner led to me being accepted. I was so proud and fortunate.

What did my boyfriend at the time say about it? That was luck, coincidence and probably I flirted with someone there to be chosen.

I was sad because it was my dream and he was talking about everything bad. He didn't believe in me and even made fun of me.

I went through with the studies and successfully completed them. He kept saying that I was probably just lucky and had slept my way up somewhere or cheated on the exams.

He didn't begrudge me my studies, nor could he cope with the fact that, in his opinion, I chose a man's profession.

During my studies, there was a semester abroad. I had many possibilities for countries and topics to write my term paper and study at my company at one of the many international locations.

All of my ideas were bad - but not in my opinion. My boyfriend at the time thought either the country was bad or the topic was bad.

It was my choice after all! He argued that he would like to vacation there. That I should choose a topic that would also interest him.

Because he doesn't want to be bored when I talk about it. What can I say, he always talked about himself and about his topics anyway. In addition, all my ideas and suggestions were bad anyway, all the time in his eyes.

So I finally decided to go with what I found most interesting. I programmed software for an EU-sponsored project during my semester abroad.

It was one of the best times I ever had. My ex never visited me there, by the way, it was too much of a hassle for him. It was only an hour by plane, with the budget airlines at the time for 50 euros all inclusive possible.

I wanted to pay that for him too. He probably already preferred to meet with other women at that time. But for me, it was better that way, because I could enjoy the time there.

Even if he has called and written several times a day to know where I am with whom. What I do. When I would be back in my apartment. Called in the evening to see that I was alone.

So much constraint, restriction, and control. How glad I am not to have this idiot in my life anymore.

Part 2 will be released soon!

More stories from IRIS B STEHN and writers in Journal and other communities.