Why It’s Okay To Care What Other People Think

by Corrie Alexander 6 days ago in advice

“Be who you are and say what you feel, because those who mind don’t matter and those who matter don’t mind.”— Dr. Seuss 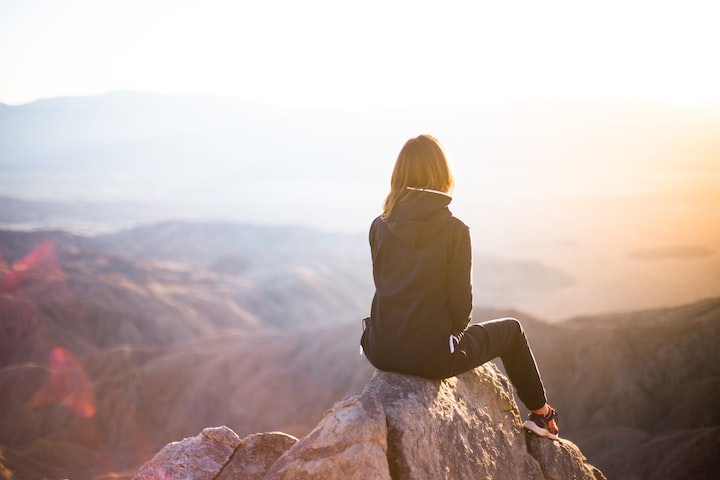 I will be the first to admit that I have a tendency to take things personally. Being judged by others has always been one of my worst fears and something I avoided at all costs.

It affected several aspects of my life, but I was particularly insecure about my writing.

Although I’ve loved writing for as long as I can remember, nothing made me feel more exposed than letting someone read something I wrote.

If you're a fellow Vocal writer, this is probably something you can relate to, at least to some degree; we writers seem to have particularly delicate egos!

The quote in the subtitle from Dr. Seuss is a very wise one, and a theme many of my friends and family have been preaching for years. The message is simple: Stop caring about what other people think!

It’s not as though I didn’t understand the concept of this wisdom. The problem was execution. No matter how much I reminded myself that other people’s opinions shouldn’t matter, I still cared. It still stung when someone criticized me, or my work, or my choices.

So what’s changed? How is it that for the past four years, I've been able to post my work all over the internet?

It was partly the realization that fearing other people’s judgment is, in part, a symptom of low self-confidence. And if there is one thing I learned about confidence over the years, it’s that you won’t feel confident until you start acting confident. If I waited until I truly stopped caring what everyone thought before sharing my writings, it would absolutely never happen.

So, I decided to act first, regardless of how I felt, and deal with the “consequences” of people’s reactions later. That was when my first blog - a knitting blog - was born.

Nearly seven years later, I'm still sharing my content with the world. I went from blogging as a hobby to creating a blogging side-business. I have also been freelance writing for four years. My writing continues to improve every day and I am putting out more content than ever before.

I gave writing online a chance and discovered that yes, I am a writer, regardless of what anyone else says or if I ever make a full-time career out of it. Creating with words brings me joy.

That being said, I still care what other people think. Like, a lot. It still gets me down when a writing pitch gets rejected or criticized, (which doesn't happen a lot, but often enough).

But I also get over it. Better still, I can usually learn something from it. Sometimes listening to what others are saying can lend a new perspective or help me refine my skills.

The times I can’t learn from another person's opinion is usually when it has nothing to do with me. The world is overflowing with the insecurities of others, and in some people, it manifests as an irrational criticism that is solely designed to try and take you down a peg.

Once you're able to differentiate between constructive criticism and hot air, it becomes a lot easier to take things less personally.

Caring about what others think is pretty normal, and it can even help us grow and learn. Just don’t let it stop you from being who you are and saying what you feel!

If you enjoyed this article, please click the heart and consider sending a small tip! You may also enjoy some of my other relevant stories below.

See all posts by Corrie Alexander →