Where Do Your Gently Used Clothing Donations Go?

by Yana Bostongirl 2 months ago in humanity

Thank You Eileen For Your Service At The Clothing Room 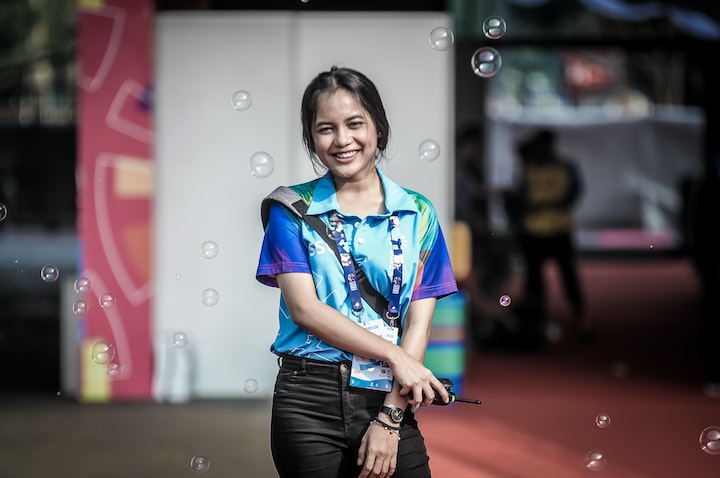 “We ourselves feel like what we are doing is just a drop in the ocean. But the ocean would be less because of that missing drop” — Mother Teresa

Once in a while, I go into a closet cleaning frenzy that produces a few bags of stuff that have outgrown its use. I haul these bags over to a local non-profit organization, The Clothing Room, which welcomes clothing donations throughout the year.

Eileen has been in charge of collecting and distributing gently-used donations to those in need for the past twenty years. I discovered her through an appeal for volunteers in a community newsletter.

For many years, she and a few dedicated volunteers had been managing the intake of donations, including the sorting, washing, and assigning of clothes to bins and racks.

Since her crew was finding it increasingly harder to keep up with the sheer amount of donations that pour in from the community, Eileen was hoping that more people would be willing to donate a few hours of their time to help out at The Clothing Room.

“Small acts, when multiplied by millions of people, can transform the world” — Howard Zinn

The first time I visited her office located in the basement of an old building, I was not sure if working in what appeared to be a dimly lit warren of rooms was for me.

Noticing my discomfort Eileen, a spry lady in her sixties, smiled and said “ This is what they gave me and I’m trying to make the best of it. I hope it won’t put you off because I could really do with your help!”

Since I was a newbie, she began my familiarization by giving me a tour of the facility. First, she took me to the intake section where the donations are received. Oftentimes folks drop off their donations at her doorstep. These bags are then individually dragged to the sorting section which has a never-ending pile to go through. It is a constant work in progress.

Then she pointed out the Baby Section to me. It is located in a separate room off to the side perhaps because it caters to a more sensitive population. There are gently used baby clothes, toys, rows of brand new baby diapers, baby formula, and baby food.

The biggest room is where the donations are sorted according to gender and purpose. The sorting area is divided into male, female, boy, and girl. Shoes, socks, handbags go into labeled bins. Jackets go on racks, so do blouses and shirts. There is a separate rack with office wear specifically for those who need them for attending interviews or starting a new job.

While the volunteers go about their duties, Eileen takes care of her clients. These are folks who are in urgent need of clothing items for themselves and their families. Eileen has taught herself Spanish because the majority of The Clothing Room clients have little or no English.

There are a total of six ladies who work under Eileen’s supervision on Wednesdays which is the day I have picked to volunteer. Early on, I was advised by a fellow volunteer to wear gloves while sorting in the event of unwelcome surprises.

And let me tell you there have been a few nasties like :

Ratty towels that have been used one time too many

Naturally, all the above ended in the dumpster as it should.

During my time at The Clothing Room, I have come across various items of clothing, some very fancy, with the price tags intact. It prompted me to wonder why folks would spend a pretty penny on clothing they have no intention of wearing or wearing just once before tiring of it. I guess it’s a choice as in any.

Also, I’ve noticed that personal items have a habit of regularly popping up in the back pockets of jeans, jackets, and handbags. From time to time, The Clothing Center gets traditional clothing from other countries which though colorful, have very few takers. They invariably end up on the rack reserved for Halloween.

Here are some helpful suggestions for those who are considering donating in the future:

1.Please check with the facility you are planning on donating to know what items are accepted and which are not.

2.Please wash your clothes before donating.

3.Consider for a moment those you are making these donations for so please discard ratty towels, stained articles of clothing/sheets/bedding, and clothing that are torn or missing buttons.

5.Please make sure toys are cleaned of food and other residues.

I wish I could say I am as wholeheartedly devoted to serving others as Eileen is. Initially, my motive for donating my time was to help deal with depression.

I didn’t expect to discover a sense of camaraderie and fulfillment that comes from being part of Eileen’s team. I am constantly amazed and inspired by the selfless service she provides day in and day out.

Perhaps the following quote by Arthur Ashe was written specifically with people like Eileen in mind.

Top writer in This Happened to Me on Medium and avid follower of Thich Nhat Hanh. Yana loves to write about life, relationships, mental health and all things she has a passion for.

Receive stories by Yana Bostongirl in your feed
Yana Bostongirl
Read next: What Do Web Developers & Digital Professionals Need For Home Working In 2020?