When is it the Right Time To Leave?

by Gayla Ber 7 months ago in advice
Report Story

How long should you stay in a job? 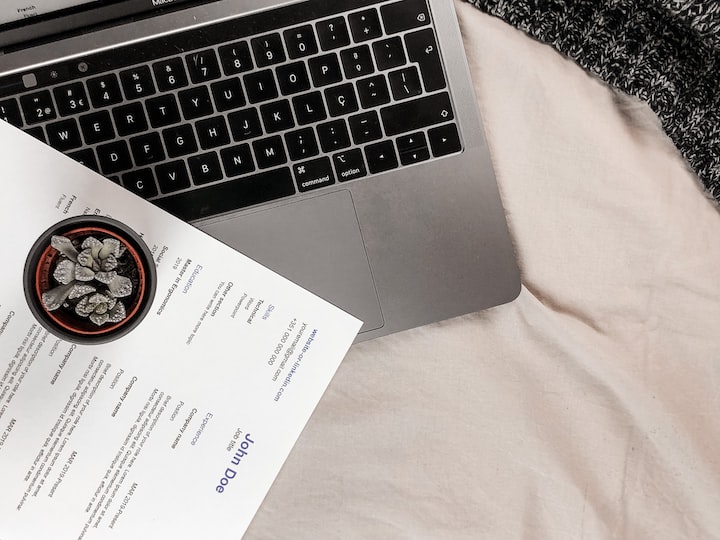 Photo by João Ferrão on Unsplash

One thing that can turn potential employers off is a multitude of jobs on someone's resume.

Gaps in someone's employment history is also a red flag to many HR managers. And if you've been in a position for less than three months, it's generally unnecessary to include that position on your resume.

But, how long is appropriate to stay in a position? Six months? A year? Two years?

It generally looks good if you've been in a position longer than a year. Maybe two. But that being said, staying in a position just to reach that two year mark should not be at the peril of your mental or physical health.

When you sit down to an interview with a potential employer, you should be able to articulate why you have moved around as much as you have, should you have a long list of short-term jobs.

For example, if you were working in a position during the pandemic, and you found that your employer was cavalier about the seriousness of the virus and withholding vital information that could affect your health, which then made you decide to seek employment elsewhere, this is a very viable reason for making a change. And you should not be embarrassed to express that reason. There are ways to discuss reasons for leaving that don't reflect negatively on yourself or the company you're leaving.

If your professional goals are specific, and you've moved around a lot in order to both gain the experience you need for your ultimate career goal, and in order to work more in the field that best reflects those career goals, this is not necessarily a red flag. However, be mindful that the person across the table from you wants commitment. If your five year plan means you intend to leave this new position within a year, don't be surprised if you don't get the position.

Employers are happy to have employees who are looing to move forward in their careers and learn new and different aspects of that career. But they aren't going to want to hire someone who is already looking out the door for the next position that pays more. They're looking for someone who is willing to grow into different positions within the company.

When you're looking for a new job, one of the things you should also be looking at is whether or not the position you're qualified for, is in a company you'd be willing to grow with. Do they have higher positions you could move into with more training, education and experience? Is it a company that you could see yourself staying in? Do your research on the company.

Most people should be looking to stay with a company long-term. Although it's said these days that most people actually will go through three or four career changes in their lifetime - and that's okay. But when you're looking for a job, even if your five year plan doesn't include that company, you should be looking to go somewhere where five years in that company looks possible.

At the end of the day, too many jobs or too big a gap can be a red flag for a potential employer - but if you're able to articulate accurately why these gaps exist or why you've moved around so much, in a way that reflects on your use of your skills and talents, this will put a potential employer at ease. It's not that you've been looking to leave, it's that there was no reason to stay.

Writing is a bit of a passion for me. I enjoy sharing ideas and opinions. I'm not afraid to engage in conversation that contradicts my opinion, but I fight on the side of science.

More stories from Gayla Ber and writers in Journal and other communities.