What The Agricultural Bill Means For UK Farmers

by Nannette Kendrick 8 months ago in business
Report Story

The Common Agricultural Policy (CAP) is no more, at least not for farmers in the UK. 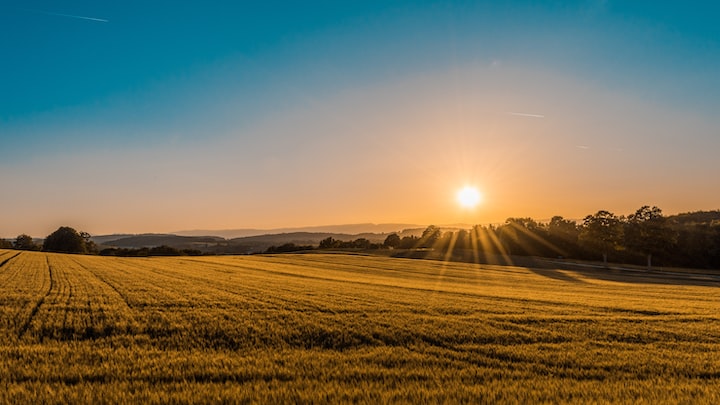 Photo by Federico Respini on Unsplash

The Common Agricultural Policy (CAP) is no more, at least not for farmers in the UK. Under the terms of the Agricultural Bill, it has been replaced by the Environmental Land Management (ELM) scheme.

The basics of CAP

CAP supported farmers through the Basic Payments Scheme. This essentially pays farmers based on the amount of land they farm. On the one hand, this meant that it had the benefit of simplicity. On the other hand, linking BPS payments to the amount of land farmed inevitably benefits larger farms over smaller ones.

The nature of CAP also encourages unsustainable practices. Rewarding productivity may seem like a reasonable approach. The problem is that maximizing productivity often conflicts with environmental and social protection.

In particular, CAP has long been notorious for encouraging the production of vast surpluses e.g. “wine lakes”. These subsidized products may then end up being sold off at discounted prices outside the EU or destroyed. Both options have serious negative consequences for the environment and for society in general.

The basics of the ELM

The ELM specifically references agriculture’s role in protecting and improving the quality of soil, water and air. It also highlights the aims of enhancing wildlife, reducing flooding and tackling the effects of climate change. The reference to air quality suggests that the government sees the Agriculture Bill as a way to help it meet its commitment to reach net-zero emissions by 2050.

The ELM in more detail

It probably only took the Queen a few moments to sign off the royal assent. Getting to that point, however, took about two years, more than 100 hours of parliamentary debate and countless hours of work behind the scenes.

Over the course of this time, the content of the bill changed significantly. In particular, it incorporated far more content relating to food production, security and standards. It specifically recognizes that future trade deals could have an impact on farmers in the UK. Here is a quick overview of the key changes between the original and final versions of the bill.

Given the impact of Brexit and COVID19, this might well have been included even without input from the farming industry. The bill explicitly requires the government to produce a tri-annual report on food security and to present this to parliament.

At present, the first report is scheduled for the end of this year. It will look at the impact of COVID19 and various other topical issues related to food production. Significantly, one of those issues is consumer confidence. This could be a nod towards the importance of maintaining food safety standards even if it meant passing over potential trade deals.

On that note, this final version of the bill requires the government to present parliament with a report detailing how future trade deals could impact the UK’s farmers. It looks likely that this will become the responsibility of the Trade and Agriculture Commission. This commitment should help to reassure UK farmers concerned about being undercut by overseas producers operating to much lower standards.

It’s also worth noting that, even without the Agriculture Bill, consumers seem to be willing to stand by UK farmers. Consumer pressure has already led several major names to commit to refusing to stock food produced to standards which would be illegal in the UK.

The issue of animal traceability has been gaining importance ever since the BSE outbreak of 1992. Now, it is indisputably vital for all kinds of reasons including public health. It’s therefore reassuring to see the Agricultural Bill taking this seriously. Hopefully, this will result in meaningful improvements to the systems and processes for monitoring the identification, movement and health of animals.

The UK government will aim to customize these regulations to the needs of UK farmers. These parts of the Agricultural Bill look very much like they will become part of broader objectives such as the 25 Year Environment Plan. They will certainly tie in with its objectives on soil quality.

Soil quality is of paramount importance for both food production and environmental protection. It’s therefore very encouraging to see that UK farmers could potentially receive financial assistance for helping to improve its quality.

This may be the single biggest difference between the ELM and the old BPS. The secretary of state will be tasked with monitoring and evaluating the success of the schemes. Furthermore, they will have to report to parliament on a regular basis. This creates a real opportunity for robust feedback and further developments and improvements.

Moving from BPS to ELM

In theory, Brexit triggered the UK’s exit from CAP and hence the BPS. In practice, however, the government has recognized that sharp transitions are often very painful. This is especially true in agriculture. It will therefore phase out the BPS over the course of the next six years. As the BPS subsidies are removed, the ELM incentives will be phased in to replace them.

The first real change is likely to be felt in 2022 when Defra will probably begin the process of “delinking” direct payments from the requirement to farm the land. Defra has committed that it will begin this process “no earlier than 2022”. It does, however, seem reasonable to assume that the government will want to start the transition as soon as possible, hence 2022.

Current indications are that the existing Countryside Stewardship schemes will remain open to new applications for slightly longer. The plan seems to be to use these as conduits into the new Environmental Land Management (ELM) scheme.

This is due to go into a two-year pilot by the end of this year and to go into full operation in late 2024. It, therefore, seems reasonable to assume that the Countryside Stewardship schemes will be around until about early 2025.

This article was contributed by Nannette Kendrick, who is the Head of New Business and Marketing at Lovedays Solicitors, specialists in Agricultural Law, Family and Conveyancing Law, in Matlock, Derbyshire.

Nannette Kendrick is the Head of New Business and Marketing at Lovedays Solicitors who specialise in Family Law, divorce and property services such as conveyancing.

More stories from Nannette Kendrick and writers in Journal and other communities.