by J. R. Lowe 6 months ago in humor · updated 3 months ago
Report Story 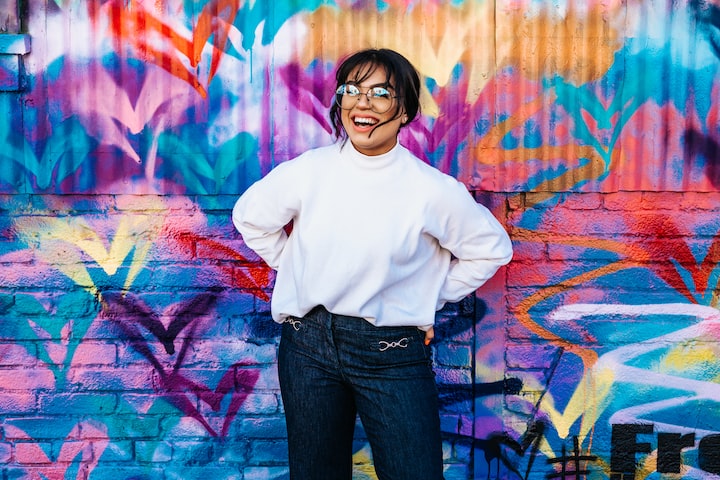 After having a bit of a rough patch last year I decided to release my list of Vocal Memes for Established Creators to try and lift the mood, and I have to say, it was relatively successful. My decision to do so was largely inspired by my life motto which goes something like:

Ok, it's a work in progress, but you get the gist. Disappointment and bad news are inevitable, and you've just got to keep on keeping on, regardless of what life throws (or doesn't throw) at you. This was something I and many other eager Vocal+ creators experienced recently following the announcement of the Vocal+ Fiction Awards Finalists, of which I was not one.

But that's ok, because what do we do in times of sadness and disappointment? Cry? No. Give up? Certainly not. Watch Marley and Me and scream at the TV like it will actually help save that gorgeous dog? N- well, maybe sometimes. But the point is, you can't let dwelling on a loss keep you from fighting your way to another win. Sometimes, you've just got to make light of situations, and move on to better things, and what better way to do that is there than to make a few light-hearted memes? So without further ado, I present you with part two of Vocal memes for established creators.

Ok I've done this for the majority of fiction competitions actually. There's something about fiction contests that really get the creative juices flowing, and the Vocal+ Fiction awards was certainly no exception. With over 13,000 submissions, I don't doubt that the curators and judges were working none stop to get through them all. It'd be enough to send anyone a little crazy...

#2 Not winning a challenge

Leading on rather nicely from the previous meme, we have this one. It's easy to see how your chances of winning a competition are minimal when most of the Vocal Challenges have thousands of entries. But even then, sometimes you put in a little extra effort only to be disappointed when you scroll to the 'winners' page and see somebody else's story there instead. It happens. A LOT (which is to be expected of course). But as much as a joke as I'm making out of this, please don't take it personally. You'll get your win eventually, just keep writing.

Whether it's the word count, the content itself, or something else entirely, Vocal moderators have been known to reject stories now and then (as they should, of course). But sometimes it feels like things are entirely out of your control, especially when you've had to fix and resubmit a piece after it was initially rejected. Rest assured, the 'senate' will review your content justly and make the right decision.

#4 Trying to get more likes

I'll be the first to admit that I actually have done this before, although it's not necessarily what you think. I was surprised when I first joined Vocal that I was able to like my own stories, but one thing that caught my attention was that I always seemed to get the 'likes' and the 'reads' count updated at separate times on the 'stats' page. For example, I'd have a recently published story with a few likes but zero reads, which was obviously impossible. So I tested it out by liking my own stories and then revisiting the stats page. Fun fact, likes are updated immediately but reads usually take at least 24 hours.

If you're not already familiar with the Vocal Social Society, the Vocal & Medium Cafe, or the Vocal Media Creators Hub (or any of the others that have escaped my train of thought), I'd highly recommend joining. They provide a great space to interact with other writers and creators, and can be a fantastic opportunity to seek feedback.

Now with that said, these communities are very positive, supportive and focussed on the 'good parts' of each others writing (which I love). But it can also mean that feedback on the parts that need to be polished up a little do stand out sometimes, and it can almost feel a little personal. If you are in these communities/groups though, please don't take it that way!

Personally, I like to use a 'sandwich' approach when someone asks for feedback (the key part here is that they asked for feedback). Essentially, it works like this:

The Interview community is rather niche, but with only 237 stories and 103 creators at the time of publication, it's also by far the smallest community on Vocal. Do creators have an inherent fear of writing anything for this community? Well, my meme suggests so, but in reality it's probably just because interviewing requires certain skills and most creators probably don't know anyone interesting enough to interview. Believe me, you do NOT want to read an interview with my Dad ranting about the hot water usage when I visit on the holidays... actually, on second thoughts, that may actually be quite funny.

Ok I admit, it's been a hot minute since I last sent someone a tip (ya boy is going through some stuff right now). But I will get back to it eventually. I've received a few tips in my time on Vocal as well. The monetary bonus is nice, but the real value actually comes from the motivation and sense of recognition you get when someone tips you. I've had a fair few $1 tips, but that's honestly all it takes to make someone really feel like their work is appreciated. So if you read a good piece you really love on Vocal, it's always nice to send a small tip their way (if you can, and within reason of course).

And that's all folks!

I hope you've enjoyed this sequel of Vocal-themed memes, as well as the rants and quick tips that were splayed throughout. I'll leave you with a final reminder though, which was kind of the message imbedded in this whole article:

Yeah, I still need to work on that. Oh well, maybe I'll have it ready when part III rolls around...

If you liked this article, you may also like:

More stories from J. R. Lowe and writers in Journal and other communities.