The Scariest Secret? They are taking it with them.

The five letters that can bring your online life to a grinding halt. 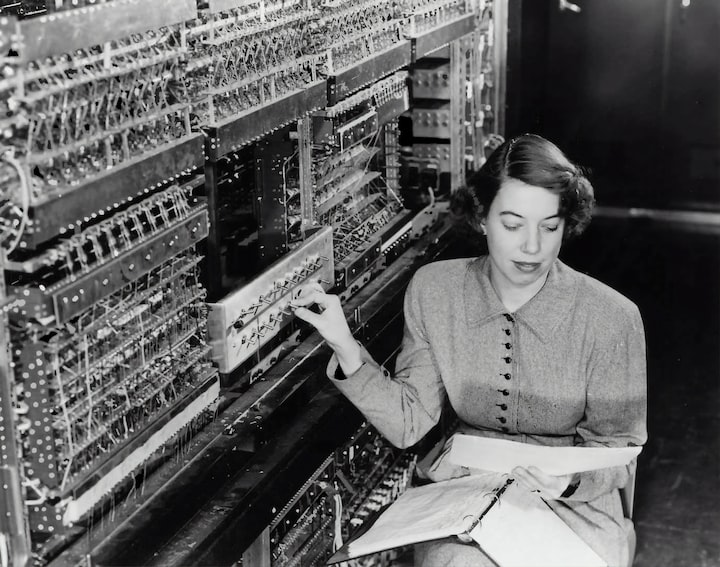 Photo by Science in HD on Unsplash

We are sleepwalking through our daily lives. We turn on our computers click, scroll, buy what we want. We deposit money online using mobile phones. We groan when we hit the 'submit' button for our taxes. Or smile when the screen tells us our car insurance is reduced or our unemployment insurance is increased. We do it all and more without thinking twice about what makes it work. Or not work?

April 2020. The pandemic pushed us all into lockdowns. In the State of New Jersey their unemployment system received hundreds of thousands of applications for unemployment help. It was happening everywhere. States were receiving increases averaging 1500%. And the systems were all crashing. Why? What was the secret nobody was talking about?

COBOL. A five-letter programming language you probably never heard of and that no wants to speak anymore.

Those unemployment systems - as well as the "legacy" systems used by the Banks, Insurance Companies, Hospitals and many more - all still rely on their mainframes using COBOL, a programming language developed in the 1950s. Even the Internal Revenue Service's 'System 6', which holds everyone's taxpayer numbers is written in COBOL. It's already starting to show it's programming age.

The demand for COBOL developers to keep these systems operating has surpassed the supply. It was accelerated during the pandemic when many businesses were forced to push their old systems to the limit to meet a surge in demand for services. The large databases held by the largest companies and government departments all relied on COBOL and old mainframes.

The mainframe and COBOL revolutionized these businesses over 50 years ago in 1959. And in the 60s through the 90s people were coming out of college with shiny new degrees in an exciting new field called computer science. They were all using mainframes and trained on a new programming language called COBOL. It was a time when companies and the government were just beginning to use computers. A less demanding and busy time when mainframes and COBOL were the best answer.

According to Tim Jones, Managing Director of Advanced Software "We are now 40 years on, these people are at the end of their careers and about to move into a well-earned retirement, yet for the last 30 years or more there has been no new talent coming through the funnel to replace them."

The problem is that older developers - the bright eyed programmers graduating into this brave new technological world in the 60's through the 90s - are all retiring from the workforce. As they leave they are taking all their expertise and experience in programming COBOL with them. And the companies in which they worked that relied on these COBOL programmers? They are facing a critical skills shortage.

A report by Advanced Software suggests that nearly 9 in 10 (89%) of large businesses worry about a shortage of IT staff with the skills to maintain and manage their legacy IT systems. According to a 2018 Forrester Consulting study, enterprises have lost an average 23% of specialized mainframe staff in the last five years, with 63% of these vacancies remaining unfilled in 2021. And it's only getting worse as the mainframes and COBOL programs get older and more outdated.

Today, taking a college computer programming course or going to a programming bootcamp means you will not receive COBOL and mainframe training. Everyone today dreams of their next world shaking mobile app developed in more modern programming languages including Java, Python, and C among others. And there are newer ones every year - such as Microsoft's "no code" - emerging all the time to make programming even easier.

COBOL is hard work compared to many of today's newest programming languages. Most of today's programmers have no idea what it is. I recently read about a big steel company that was forced to spend millions of dollars and several months training consultants in COBOL. The company simply could not hire anyone who knew the programming language except for the guy in charge of the system.

And he was retiring soon.

Programmers have little to no desire to learn the old COBOL. "It's just not cool anymore." according to one engineer working in one of the new high tech companies developing apps.

Companies that still rely on mainframes and COBOL are in a panic. They see programmers resumes with an alphabet soup of programming languages and not one spells COBOL. Plus their existing staff knows that if they spend time learning to work on the old systems they will no longer be competitive in a field that is rapidly changing.

Enterprises are at risk of "hyper-focusing" on recruiting modern skills while disregarding the need for legacy talent when both are vital. "It's important organizations cross-train existing talent to improve their staff's ability to support both legacy and modern systems, particularly during and after major modernization initiatives," said Tim Jones, Managing Director of Advanced Software.

There's no great answer to this dilemma. A repeat of what happened to many of our state's unemployment systems is just waiting to happen again. It's a crash that could slow down to a halt everything from paying your taxes to taking money out of an ATM. Behind it all sits COBOL, the big secret, slowly moving I/O's on ageing mainframes. It's the "If it ain't broke don't fix it" mentality. It's also foolish when technology is changing at at ever-accelerating pace. The result? A disastrous crash like the one that happened in April 2020 when all the COBOL systems were overwhelmed and simply shut down. That's the big secret that no one is talking about. Yet.

My words move at lightspeed through your eyes, find a synaptic home in your mind, and hopefully touch your heart! Thanks for taking the time to let me in.

More stories from David Grebow and writers in Journal and other communities.