by malin evita 7 months ago in interview 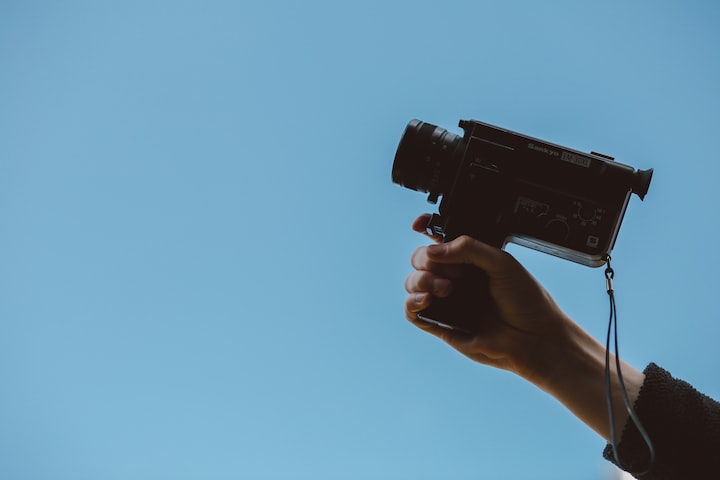 Photo by Thomas William on Unsplash

A couple of weeks back, I started a podcast with my friend Shania Bethune, called “Making It: Women in Film” (shameless self-plug), where we sit down with women who work in the film and TV industry. We wanted to create a space where women could speak about and share their experiences and opinions, and where aspiring filmmakers could ask for advice and get answers relevant to their position and dreams.

Throughout the conversations I have had with these women, many things have become evident to me. This industry and the structures within it was not built to support and enable the creativity of women, people of color, LGBTQ+ people, the disabled, and any other underrepresented groups.

For decades, we have spent tanks of energy to try and convince the big men in suits to please, oh please, let us in. But maybe it’s time that we change the direction of our course. Perhaps, instead of asking them to open up their door, we need to start creating our own doors.

In a day and age of social media where the ability* to reach thousands of people only requires a few taps by your finger on a screen, there is no longer the same need to put yourself through kneeling before studio board-members.

In the seventh episode of our podcast, we talked with the artistic YouTube filmmaker Ella Fields. At only age 13, she went viral with her short film “Stereo - a film about reversed gender stereotypes”. Since then, she has continued to use her platform to create films about critical topics such as sexual assault, gun violence, and LGBTQ+ identities. She has developed her dream-like style through the years and found an audience amongst young people seeking a connection and conversation.

I’ve also gotten to talk with the nicest badass in the word - Chloe Baldwin. Chloe is an actress, violence designer, stunt performer, and filmmaker who focuses on showing girls and women how to use their bodies in powerful ways. She is also the creator of the “Like What You Like” web series on YouTube, co-written with Savanna Rae and produced by Paul Stafford.

The series is a modern take on Shakespeare’s “As You Like It” and follows Rosalind (Baldwin) and Celia (Rae) as they commence on an adventure, fleeing from their suburban neighborhood in Chicago. Along the way, a romance with the female boxer Orlando (Aja Singletary) unfolds, and they must learn what it means to be true to oneself and what sacrifices may come of it.

I reached out to Chloe, and we sat down over Zoom to chat about her process with this series and how it has changed her outlook on storytelling. When I asked her about how she came around to make this, her eyes immediately lit up.

So, I was feeling a bit frustrated because I had been a part of a couple of creative processes where I was kinda involved, but I didn’t have a lot of control. I helped out a lot of people, which I was happy to do, but I also had a few bad experiences. I knew that there was this role [Rosalind] that I really wanted to play, and I had this idea in my head of how I wanted it to take shape.

I talked to my friend Savanna and asked her if she would be interested in writing it with me, and she was like, “Yes, let’s do it!”. I had never been a filmmaker; my training was in theatre, and I had done film as well, but it was something that I was kind of learning from scratch. Luckily, I got surrounded by some cool people who helped me out a lot.

So it started out with just writing it and figuring out who we would want to be in this. Not just someone who could be great for the part, but someone who would have the patience and passion to work with us as we figure all of this out.

We then went on to talk about the freedom that came with YouTube, and why they decided to distribute it there as opposed to other platforms.

Part of the reason for me was a little bit - not necessarily insecurity, but I wanted to choose a platform where we could focus on the storytelling. It felt like if we didn’t have a certain standard of cinematography with Vimeo, it was gonna get lost.

We shot this on a phone - which is amazing, and the fact that we were able to get good quality out of it was dope, but I felt like I wanted to put it somewhere where it doesn’t “need” to look like a Sundance film. Where it doesn’t need to look like we spent 50 million dollars making it. It just needs to be something where the story can come across clearly.

With the context of it being on YouTube, it didn’t feel like it had to have all these other things besides “this is a good story that I can understand, and I want to invest myself in these characters”.

There is something so special about the way we can express ourselves creatively today as compared to even just two decades ago. I asked Chloe how she thinks this affects the way young filmmakers start out now and how she thinks it will affect her work in the future.

I kinda love it! It feels democratized. In some ways, it is like a game that can feel a bit off or bad, but at the end of the day, if you are continuously putting stuff out there, people will take notice. And that is really liberating to me.

Even if I were to have all the acting jobs in the world that I wanted, I would also at the same time, while acting, want to do something with prodution or directing. Something, where I’m helping steer the story in a direction that resonates with me and that I’m passionate about and thinks makes the world a better place.

The reason I wanted to highlight and celebrate these YouTube filmmakers is, first and foremost, the fact that they inspire me beyond comprehension. Whether it's feature movies shot on iPhones, a web series made with friends, artistic short films or hilarious viral sketches, these people are letting nothing get in the way of their creative expression.

The world is in your pocket - and even if no one notices you at first, that's really not the worst thing that can happen. When asked about advice for young creatives who want to start putting themselves out there, Chloe recommended the book "Show Your Work" by Austin Kleon.

This little page-turner is not about what hashtags you should use, but about the philosophy of your art. Why do you want to share this? How do you do it the right way? How do you reach people who will actually connect with it - not just swipe and forget?

But most importantly, she said:

Just go for it. It’s totally scary and that Brene Brown vulnerability hangover risk of putting your heart out there and wearing it on your sleeve and showing it to the world. But it’s worth it.

Storytellers like Chloe are the filmmakers of the future. We are at a turning point in history where the institutions and establishments that have been admired for too long are being left behind, covered in the dust of old age and traditions. We have had enough of these empty gestures, and we, frankly, do not need them anymore. "A pig with lipstick is still a pig."

Our culture has been starved of diverse voices and new thoughts for too long. And so, to you - the writer, director, actor, composer, inventor - I plead, do not wait for permission to share your stories. If you have been waiting for a sign, this is it. And no, it is not going to be easy. It will take time to build and construct, but in the end, I know that you will find your people.

Subscribe to Chloe's production company "TinyCat Productions" on YouTube and put on the bell notification so that you won't miss the release of the second episode, due to be released January 15th.

And listen to Making It: Women in Film on Spotify, or wherever podcasts... podcast. New episode out every Friday!

Thank you for reading along. If you enjoyed this piece, please consider sharing it online, with a friend - or even leave a tip! Any and all support is highly appreciated. For more, connect with me over on Instagram at @MalinEvita!

interview
malin evita
Read next: Why Denny's Is the Perfect Starter Job for a Cook
malin evita

Personal essays, pop culture critiques, and everything in between.