by Robert Kegel 12 months ago in politics
Report Story

Why the rich and republicans don't care. 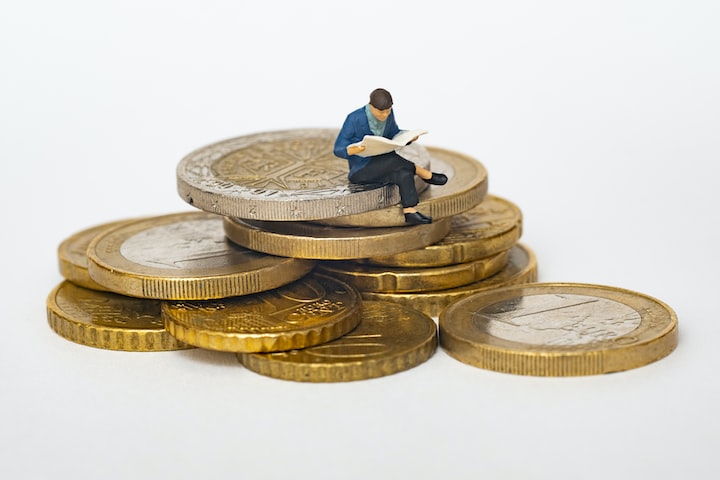 Photo by Mathieu Stern on Unsplash

Over the months I’ve written a lot about our life and the issues the poor have that the rich just don’t. I wrote about how we might in the future do without money. I also wrote about what I want to expand on and that’s greed. I want to try and explain why the republican party and the rich think the way they do.

I had this thought for a while on why the republican party and many rich people think so little about the poor. Sure, they say words like philanthropy, but are they doing this because they want to or because they have to 1. look good and 2. to be able to take the money they give off on taxes? I was listening to a podcast called Factually with Adam Conover and in the episode “How the Wealthiest Avoid Income Tax with Jessy Eisinger they point at the ladder. Most rich people just don’t want to pay taxes and they have legal ways to not. But why do they not want to pay taxes to help their country? If the rich paid their share of taxes, then taxes could be lowered for the poor (because taxes have to come from somewhere.) Well, I think the rich think they give enough in other ways. They believe because they own companies or entertain us or because they’re high up execs that give us the technology we use, or the entertainment we watch or listen to, that’s their contribution. Well, if that’s what they’re thinking they’re wrong because they’re also making money off of the products and services, they give sell. They’re getting rich off of us, we’re buying what they are selling and they should pay taxes on that.

If that is their logic then a cleaning person, janitor or anyone who does a service for someone shouldn’t have to pay taxes either. So, anyone who does a job that basically does something for someone shouldn’t have to pay taxes. It’s either all or nothing. But since the rich have all these loopholes that the poor and middle class don’t have, they are stuck paying most of the taxes in the US. This is not fair.

Why are these loopholes in place? Some are put in place by our government (mostly republicans) and some are because of other countries laws. But why? That’s something I asked myself many times and I kept coming up with a simple answer. That answer is, to keep the poor down and hungry. Not necessarily hungry for food, but hungry to work and also to keep the middle class feeling comfortable. Here is what I mean:

Right now, we have the upper class (which are the extremely wealthy and just the wealthy), the upper middle class, the middle class, the upper lower class, the lower class, and then the desolate. The extremely wealthy can have whatever they want, they are the people worth high billions. The rich can basically have what they want, but within reason, they’re the high million, or low billionaires ($200 million to say $8 billion). The high middle class are mid millionaires like 100 million down to maybe 2 million. Middle class is like $1 million to about $200K. The upper lower class is about 150k to about 60k the lower class is 50k to about 35k and below that are the desolate.

Now what I meant about keeping people hungry is that if you give a true living wage to everyone who works the republicans believe that people won’t work as hard, they won’t ask for overtime, they won’t work more than one job, they’ll just work as much as they need, to live. Right now, the poor are like slaves, they work for scraps and they work harder to get more scraps. Also, I think there might be a second reason and that’s to keep the middle class happy. If you think about it the wealthy look down at everyone and they’re happy seeing everyone working. They want the middle class to believe they can raise up. The middle class looks down at the lower class and think “thank goodness I’m not there” and it keeps them working hard so they can keep their status and maybe even raise it. Now the upper lower class wants to become middle class and so forth. The thing is it’s like a hill that keeps getting steeper, not only that but the lower you are on the hill it gets slippery. The extremely rich are up on the hill looking down at the rich who have a pretty good ledge they’re on, but there is a little fear it could crack with some bad investments. The upper middle class have a nice foothold and they also have a safety line. The middle class have a foothold but no safety line. The upper lower class have no safety line and it’s a little slippery and the poor well they’re just trying to get up the hill but it’s so slippery and they’re wearing shoes that have no grip while the desolate are on the ground trying to get up.

Now I’ll talk about college loans, home loans, and credit and how I believe this works in the mix. If a rich person goes to college, it’s no big deal because they can pay for college without a problem. If a middle class or lower goes to college they most likely have to get a loan and these loans can take a long time to pay off. While they’re paying them off they’re being kept down unless they get a high paying job to pay them. There are many people though that it’ll take them 10-20+ years to pay off their college loans and they’re working their asses off to do so and if they decide to get a home, then that’s probably another loan that they have to pay off. Then there are credit cards. All these together can keep someone from raising up to a higher class and could lower them in class.

When I was a kid, my mother was a hairdresser and my father had a drapery business and they were easily middle class. If I were young now, both my parents would have to do their jobs for the wealthy to keep their middle class standing and that may not even be good enough.

So, this is my theory of why we have distinct classes and why the lower class is treated the way they are. It’s the only theory I could think of other than the rich are greedy and the republicans kiss their asses to keep getting elected. I guess that’s a simpler theory, but I honestly think the rich and republicans think they’re doing the right thing and they don’t care people are hurting.

More stories from Robert Kegel and writers in Journal and other communities.