The 7 traits of the most successful entrepreneurs

by Jose Padilla 12 months ago in advice
Report Story

Trait #1: They talk About their ideas 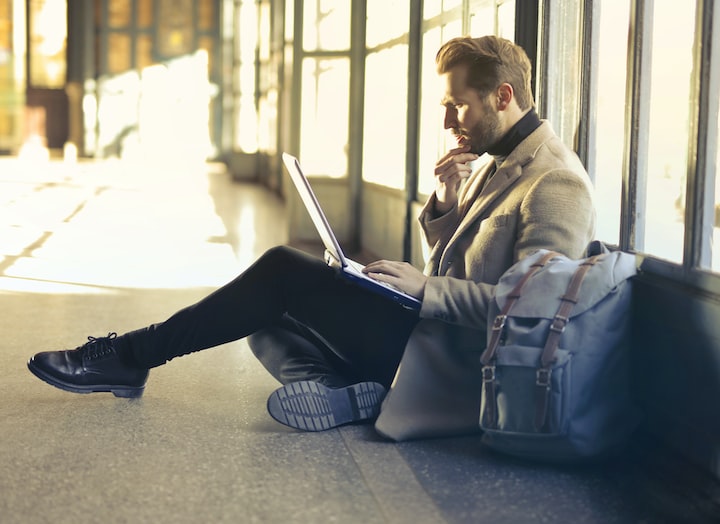 They are afraid that their ideas will be shot down by people when they talk about them.

talk about them, they are afraid that people will steal them and they usually usually end up not telling anyone about them as a result.

As we will see, this is a mistake, as there are HUGE benefits to talking to people about your idea.

In his great TED Talk "Where Good Ideas Come From!" speaker Steven Johnson describes an alternative narrative where we get our best ideas from.

Instead of hitting us from the blue and making us jump up and down and shout.

So, the best way to come up with a great idea is to mull over a problem over an extended period of time.

Write it down when you have the germination of something that might work and then keep coming back to it and iterating.

Better yet, try talking to other people.

There is something valuable about saying an idea out loud and seeing what it sounds like and imagining it from the perspective of others.

Don't be jealously private with your idea: be open with it, talk about it and share it with your team.

This is the best way to help it grow into something amazing.

Do you really think Steve Jobs invented the iPad on his his own?

That said, you should also be careful not to talk too much.

They are doing what some people call "playing business."

They are dragging their heels rather than moving forward creating their product or service.

But it's not because they are afraid to go live, it's because they're simply enjoying the song and dance of having an exciting idea.

Trait # 3: They are not Afraid to think big

Too many people think they can't aim big with their business ideas.

Reality check: two of the most successful entrepreneurs of recent times (Elon Musk and Palmer Luckey) have built their businesses around these two ideas!

As Tim Ferris points out, it's actually often easier to get attention for a great idea.

Why? Because it's so grandiloquent and so new that people sit up and pay attention where they might not otherwise otherwise, they wouldn't have cared.

People want to be involved in something bigger than themselves.

Finally, consider a technique I tend to use when trying to Come up with new ideas for apps, services, and products.

I call it the "take a step back" technique, and the idea is that you're always taking a step back from what you want to realize.

In other words, you come up with an idea for something you want to invent that can change the world.

you want to invent that can change the world and you put up with nothing back.

You figure out what product or service you would want to be more excited about because it would be in a perfect future.

And then, from there, you wonder how you could make that's possible.

Chances are it's not possible.

A phone that never runs out of power? Impossible.

A projector like the one used in Star Wars? Impossible.

But then you ask what's possible and what might come closer to emulating the same effects.

In the example above, you've got something like a solar Powered phone charger / case.

Or maybe you could take something like the excellent "Crank" iPhone case that appeared on iOS.

This is a phone case that allows you to.

Recharge the battery by turning a crank by hand to generate kinetic energy! For the hologram,

the answer would be.

This kind of thinking forces you to overcome limitations and to be inventive and can lead to real innovation.

By thinking big, you can think of ideas that other people don't have even entertained and can make real breakthroughs such as a result!

Consider Elon Musk: here's a guy whose end game is to colonize Mars and rid the planet of its dependence on fossil fuels.

Not exactly a modest goal, but it seems to be working.

Trait #4: They know When to work with Others

Speaking of Elon Musk and his great ideas, this is a perfect example of how having a great idea can generate excitement.

example of how having a great idea can generate excitement and help you make a splash.

Because when Musk came up with the notion of SpaceX, he had no clout behind his name and no prior experience.

How Would this "nobody" be seriously interested in his competition?

developing a spacecraft? He didn't even have the money to Leave the idea behind!

The solution was simple: he found serious people within the industry who would give the presentation with him.

He found ambassadors who gave credibility to his idea and that was enough to guarantee that the sponsors would take the prize money.

This is an example of an entrepreneur who recognizes his own limitations and knows how to overcome them by working with others.

limitations and knows how to work around them by working with others. By the same token, he also needs to think of all the other

ways he can overcome his own limitations with the help of others.

Don't know how to program your website or application? Hire someone. Not a great graphic designer?

Trying to do everything yourself is a big mistake, because you won't do it.

You will only waste your time, but it also results in a lower quality product than if you had used professionals.

Know when to work with others and don't try to do everything yourself.

Many people think that it takes a lot of courage and risk-taking to be an entrepreneur.

This is true to some extent, but it doesn't doesn't mean you have to be reckless.

In fact, a good The entrepreneur will always have contingencies and backup.

This might involve creating what you would call an "MVP" - a "minimum viable product".

The goal here is to offer something that is unpolished and doesn't have bells and bells and whistles.

In the case of a product, it might mean that you quickly throw together something that is cheap to make and that doesn't have attractive packaging, etc., the reason this is a good idea is that it allows you to test

and see if there's an audience for your product before you do spend more time, money and effort on it.

If you start the MVP sell a little bit, then you know there is interest and you can further further develop it into something perfect.

If the project doesn't work out, then just move on to the next one, no damage done!

This way, you can "throw a lot of paint on the wall and see what sticks.

Become the "lean startup" and don't spend too much time on an idea you haven't seen yet.

too much time on an idea that you haven't verified. Similarly, you don't take a huge risk by investing countless hours and enormous amounts of huge amounts of money in an idea that might not work.

A similar strategy is to "validate" an idea first, which means you try to sell it before it's ready.

If you find buyers who would have paid for the service or product, then you can Invest the time to do so!

On the other hand, however, it also takes a lot of courage to be a successful entrepreneur or visionary.

You need to have the resilience to fail and get back up again and the thick skin to not mind when other people ask what exactly you are doing!

Of course, all of this would be a bit moot if you didn't have an idea to sell in the first place.

Now I'm not going to say that all entrepreneurs are true innovators and visionaries.

But some are lucky and some are still just understanding.

Either way, the key skill to cultivate here is the ability to spot an opportunity and milk it.

That means looking for spaces in The market.

Looking for things that don't yet exist but should and looking for ways to reach the right audience.

This is a skill you can cultivate by asking the right person.

Questions: how could X be better? What is Y missing?

What if you combine X and Y into one thing?

Otherwise, it could mean scratching an itch of your own, or solving a problem in your own business or daily life.

And this ability to spot opportunities doesn't just help you to create the idea in the first place; it's also what will help you find unique ways to market it, get funding or grow that.

Trait # 7: They are Passionate

Have you ever had an idea for something you think you're good at but don't know much about?

Maybe you have Thought of a way to dry your gym clothes, or a way to stop oil spitting everywhere when you cook steak.

The problem is, you may not be thrilled with that idea.

People who have innovative ideas but who don't really care about them or aren't really interested in them are destined to lose interest before they become a business.

are destined to lose interest before they become anything big.

Conversely, if you are passionate about your projects, if you know how to talk the talk and if people can tell that you really believe in what you are selling, then really believe in what you're selling, then you'll find that it's much easier to get people to much easier to get people to support you and to get others as excited as you are.

In short, it's no good having a good idea if you're not excited about it.

Follow your passion and that's how you'll change the future

More stories from Jose Padilla and writers in Journal and other communities.