Smart Writing Tips by The Author of Netflix Hit Series 'Who Killed Sara?'

by Rui Alves 9 days ago in advice

Everything I learned about fiction writing from José Ignacio Valenzuela, the author of 'Who Killed Sara?' 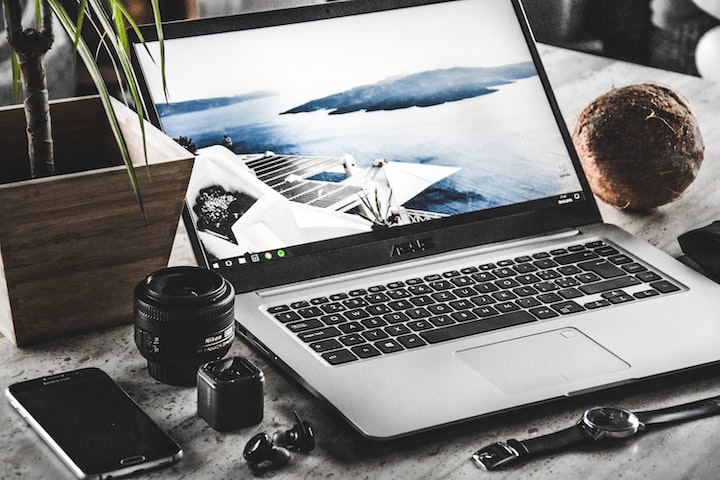 Photo by Artiom Vallat on Unsplash

José Ignacio Valenzuela is Sara’s author and executive producer and a seasoned writer. Hence I’ve chosen him for this installment piece on my new series focusing on writing tips from the world’s most successful creators.

Learn From the Classics

Produced by Perro Azul for Netflix, written by José Ignacio and directed by David Ruiz and Bernardo de la Rosa, Sara follows the leitmotivs from classic detective fiction, as depicted in the books by Agatha Christie, combining it with the enticing narrative structure found on the archetypical films by the “master of suspense," Alfred Hitchcock.

However, as the inspiration was classic, the author looked for themes that felt contemporary. Hence, Valenzuela scaled it up a notch (or two) by introducing contemporary themes such as corruption, sex trafficking, and homophobia as subplots, turning what could have been just another murder mystery/revenge thriller into a disturbing reflection about the dark side of human nature in the utmost poignant baudelairian way.

The author believes humanity grows tired of the abuse by small (yet dominant) guilds of power and influence. He targets the corporate and governmental elites that behave as if they were living not in the highest penthouses but down in the sewers of society.

The Lazcano’s are the archetypical embodiment of these degenerate factions. César Lazcano is the head of the hydra that summarizes the new villains of our time. Fowl heartless beasts moved by the same deviant behavior and untamed instincts and impulses we find in the antagonists from Agatha Christie’s books.

Take a Look at Your Surroundings

I’ve been following and corresponding with “El Chascas” on Twitter. After the release of Who Killed Sara? in March, I also checked podcasts and interviews where the author explains the creative process behind the series.

The author often explains how Netflix approached him to produce a series that would be launched globally in 190 countries simultaneously, an overwhelming project for a writer who wasn’t familiarized with the genre.

Streaming platforms have a worldwide outreach. Valenzuela had to find a global theme to write about. However, he quickly realized this was a catch-22 situation.

Whenever creators want to tackle everything simultaneously, they usually end up thawing their creative energy. Everything gets “diluted” and easily flushed down the drain.

The insight that helped Valenzuela scale is narrative momentum and go global was a quote by Tolstoy:

“If you want to be universal start by painting your own village.”

The author understood how he needed to look at his surroundings and write a cross-cutting story rooted in the worst traits of the elites impacting his personal life and the life of those around him.

He knows them well and shows no remorse when he unleashes his caustic tweets against their abuse of power.

Valenzuela is Chilean by birth, but according to the author’s biography, he lived 8 years in Puerto Rico, 2 years in New York, and nearly 10 years in Mexico. He currently resides in Miami with his husband and daughter, where he wrote Sara back in 2019, as Donald Trump was singing the swan song of dismay.

When Valenzuela got an invitation to create a series for Netflix, he immediately accepted it, even if, deep down, he didn’t know exactly how to make it happen.

At that time, he was well-versed in the telenovelas slow-burner narrative style of Mexican TV fiction, but international streaming platforms play on a different league.

Hence, at the beginning of 2019, Valenzuela enrolled at UCLA in California for a 6-month course focused on writing series for streaming.

However, after enrolling, Valenzuela realized the course was in English, not even his second language, which is, in fact, French, as he was an alumnus of Alliance Française.

For a non-native speaker, I can only imagine the ordeal of excelling in a university-level creative writing course. Yet, Valenzuela did it, and in his own words, it was the best thing he could do to write Sara.

The course helped him figure out how to scale and subvert the classic Aristotelian narrative structure divided into three acts where, by definition, what makes us go from act one to act two is usually a plot twist.

When you write for streaming, you have to be very aware of the marathon concept, which is different from when you write a soap opera. The telenovela is once a day, at the same time, a Netflix series is at the time you want, and if there are ten chapters, you watch the ten chapters if you want and that’s it. — in Culturizarte

Valenzuela compares a Netflix series to a 10-hour movie. Still, unlike a normal movie, which does have the first act, the author explains how in a series, “the vertigo is so great and the speed with which you have to tell the story is so fast, that you have to go straight into the second act.”

Thus, if written the Aristotelian way, first we would find an introduction followed by the development. Sara’s accident would only have happened at the end of chapter one or the beginning of chapter two.

However, the author decided to subvert the chronological order of events and plunge the audience straight into the action catalyst: the parasailing scene.

For Valenzuela, this was a game-changer, and he admitted that his style would never be the same after Who Killed Sara? because this process reformated his brain and changed the switch in his writing forever.

Valenzuela admits he wanted to write the script in a truly classic way, as he planned to set the action in different epochs. Keeping the structure as classic as possible helps the audience move along the story arc by following the thread laid down by the author.

The obvious classic reference is Agatha Christie’s detective fiction that the author started reading during his childhood. Valenzuela explains how those classic stories are always classically, as, within the first few minutes, there’s a big event, usually a crime. There are several suspects, and no one knows who did it; hence nobody is ruled out; everyone’s a suspect.

In November 2020, while revamping my career as a content writer, I wrote a piece about everything I had learned from editing 724,445 words over a six-week period.

"The seasoned writer doesn't randomly edit; he stays true to his overarching story showing no mercy to each layer of freshly sowed words. Only then he ascends to greatness."— by the author

If you read this article, you already know my motto: writing to find the surrogate writer in me—an insight inspired by Vergílio Ferreira, my favorite Portuguese author. While I search for all the voices deep inside me, I follow a strict rule: write without fear; edit without mercy.

That’s exactly what Valenzuela did while writing Sara. The writer often talks about how difficult it is to achieve the best outcome and meet expectations. As an example, he recalls how he wrote the first chapter about 17 times. Writing a 10-episode binge-worthy series is hard work, and El Chascas looks at the writing/editing process as a filigree type of artistry.

Valenzuela has his own motto regarding his work that I deem crucial to further his personal take on fiction writing.

“I always write about what I dislike, because that’s already settled.” — J. I. Valenzuela

You’ve probably read or heard many authors advocate the opposite notion, telling us to write about what we love rather than what we dislike. In my opinion, both perspectives are valid and should put them both into practice.

However, the “El Chascas” approach will stretch those writing muscles and build more resilience in the long term. Thus, Valenzuela’s harsh writing tip is the following: ditch your niche, get out of your comfort zone and try flexing those latent creative muscles.

Build your personal writing project, and don’t forget to implement the following routines:

advice
Rui Alves
Read next: Why Denny's Is the Perfect Starter Job for a Cook
Rui Alves