Seven Books I'd Want With Me on a Desert Island

by Paul Combs 2 months ago in book review
Report Story

Oh, the hundreds I have to leave behind… 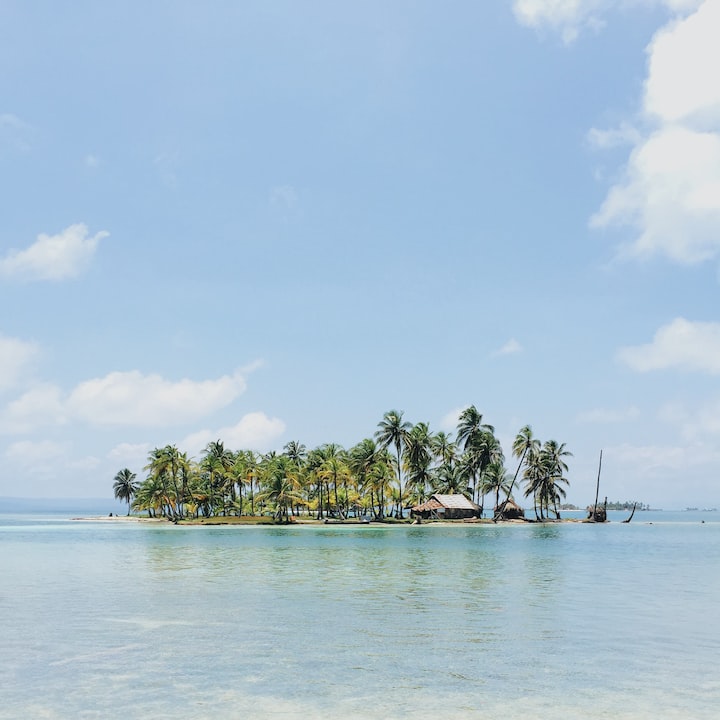 I own a lot of books, and I mean a lot. I was forced to confront just how many recently when a friend threw out a writing prompt, challenging everyone to pick the seven books they would want with them if stranded on a desert island. I expected this to be as brutal as a similar one I did about eight songs I take to a desert island, but it actually wasn’t. Most will be obvious to anyone who has read my earlier articles, with a curveball or two thrown in for good measure.

All that said, on to the seven books that will be my companions until the sea erodes the shoreline enough for the sharks to get at me.

1. The Bible (New Revised Standard Version Catholic Edition). This shouldn’t be a surprise, and thus needs no real explanation. I considered the King James Version because of its beautiful poetry and prose, but if I’m stuck on an island I don’t want to struggle with “thees” and “thous” and “begats” for years on end. I actually prefer the New International Version, but am picking the NRSVCE because it includes the books of the Apocrypha; maybe with all that free time, I’ll finally get around to reading those.

2. The Razor’s Edge by W. Somerset Maugham. I love this book so much that I actually considered listing it first, but as I’m already marooned the last thing I need is divine retribution. The Razor’s Edge is not just Maugham’s finest novel; it is one of the best novels of all time. I have read it every year since 1985 and will keep that streak alive even in the middle of the Pacific Ocean (for some reason I assume it will be the Pacific). Every time I read this book, I get something new out of it, which is a nice bonus.

3. The Shadow of the Wind by Carlos Ruiz Zafon. You would have been shocked if this wasn’t one I packed for the journey, and rightly so. This novel has everything a book lover could possibly want: a mysterious, disfigured author attempting to destroy every last copy of his published works; a hidden library of unfathomable proportions where rescued books are preserved for just the right reader to find; a gothic Barcelona in the 1940s and 1950s that emerges as a character in itself; a little romance, but not too much; and Fermin Romero de Torres, one of the greatest literary characters ever created. It’s a book you literally cannot put down.

4. 84, Charing Cross Road by Helene Hanff. Of course, I have to include a book about books, and while there are a number of excellent ones to choose from, this unlikely New York Times bestseller beats them all. This collection of letters between Helene and London bookseller Frank Doel between 1949 and 1969 is both a book about books (and lovers of books) and one of the funniest, most touching books you’ll ever read.

5. A Moveable Feast by Ernest Hemingway. I might be able to survive on the island without food and water for extended periods, but I would never make it without Hemingway. I went back and forth between The Sun Also Rises and A Farewell to Arms before realizing I’ve re-read A Moveable Feast more times than both of those two combined. Since given my castaway status I will never see Paris (neither the one in France nor in Texas), reading Hemingway’s memoir of the city in the 1920s is a worthy replacement.

6. Witness to Hope: The Biography of Pope John Paul II by George Weigel. John Paul II was pope for almost half of my life, so I have a certain fondness for him. I also love the history of the 20th century, of which he was a major part. This book deftly combines both biography and history, and at over 1,000 pages will keep me occupied for a good while.

7. Born to Run by Bruce Springsteen. Including this massive autobiography will surprise no one, but I have a confession to make: if this were a list of my seven favorite books it would not make the cut. I include it out of fear that there will be no way for me to play the Born to Run album on the island; with the book, I will at least have the stories of Bruce and the Big Man to keep me company. It’s also heavy enough for me to bludgeon any local fauna into submission; in the words of Ugluk, the Uruk-hai leader in The Lord of the Rings: The Two Towers, “Looks like meat’s back on the menu, boys!”

It’s a fun prompt and you should give it a try.

More stories from Paul Combs and writers in Journal and other communities.