Screenshots On Twitter: How You Know Someone Take Screenshot of Your Tweets?

by Aamir Kamal 14 days ago in social media

How can I know when someone takes screenshots on Twitter? 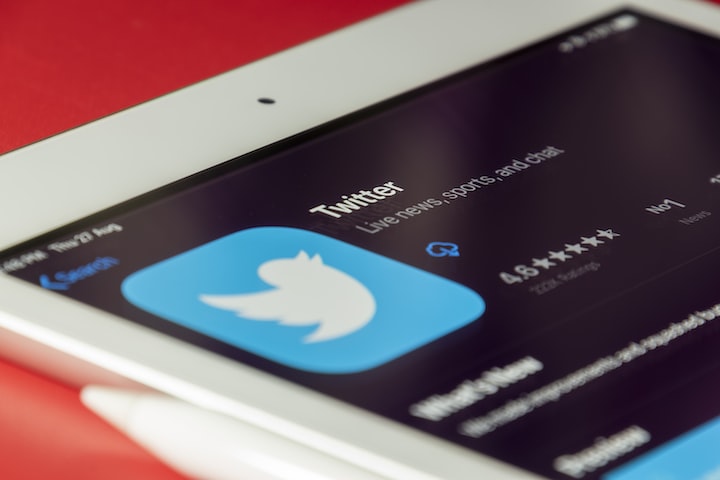 Twitter is a very famous microblogging platform that lets users speak their minds differently. From celebrities to commoners to politicians, everybody relies on Twitter when they have any important announcement. Not just announcements, Twitter has always stayed the number one priority of people who have something serious to say. Twitter adds meaning and volume to a thought when it is shared by a famous person.

People always choose Twitter over other social media platforms when they have to initiate a change or introduce anything conventional. Twitter operates differently than other applications and it does not evolve that much to keep up with the trends. Instead, Twitter users cling to their Twitter trends and adapt its methods. Whereas, it is different from other social apps as they keep bringing new changes in features every other day. While all this happens, Twitter maintains its identity and stays as a reliable platform for its people.

While Twitter keeps its elite status, there are so many features that users find on Twitter that are not available. Twitter is a public platform meant for public sharing. People often compare it to Snapchat or Instagram which are common interactive applications used by most people.

Twitter is a social app that operates differently than other conventional social apps. Twitter is mostly used by people who have an identity in society and who have a say in important matters. Public personalities like politicians, celebrities, influencers, and changemakers are the number one audience of Twitter.

If any of the above people are tweeting anything, they are tweeting it with the intention of it getting spread across for awareness. Now all of these people were born to everybody who sees it to screenshot it and share it to multiple platforms. After all, the more views and shares it gets, the more people the message goes to. If Twitter starts notifying off screenshots, it could get hard to keep up with the bulk of notifications.

Twitter is used for awareness and change. Anything that trends on other social media applications possibly starts its course with Twitter first. The hashtags and trends define the news and newsworthiness of events happening around. The trends are then picked up by other social media platforms and highlighted as a cause. Twitter has always worked as a changemaker and it is surrounded by people who are changemakers. These people set the standards for other social media users.

Twitter is not an app for private purposes where it’s the user's right to demand privacy and discretion in their content. However, there are certain ways to achieve that which we will discuss below.

Also read: How To Make Money on Clubhouse? A Beginner Guide

People who have made their identities on Twitter such as celebrities, politicians, and influencers, have a huge following on their accounts. When such people post something or tweet about it, a mass audience is ready to spectate. Hundreds and thousands of people retweet their favorite influencers’ tweets.

Tons of screenshots are taken to be shared on other social media apps like Facebook, Instagram or WhatsApp, etc. If Twitter starts to notify its users of each screenshot, it could get quite difficult to keep up with the bulk of notifications. An app where the motive is to get the word across cannot notify every time it gets done so. The retweets are calculated and shown to users though because it defines the engagement and influence of the user.

Also read: Clubhouse Vs Twitter Spaces: Which Audio Based Chatting Platform Is Best?

Twitter is occupied with a wide range of audiences and its content is not limited to just followers. Twitter operates on trends and anybody can see what is trending. If a politician is tweeting something, only followers don't need to be able to see the content posted.

If what they are tweeting has a volume to it and its trends, anybody on Twitter can have a look and say about it. This means that the major part of the audience is unknown to the user who posted it. If Twitter starts notifying the users about each screenshot taken by the followers and viewers, it could lose meaning and purpose.

That information is unnecessary for the users. Instead, it notifies of retweets and shares which are comparatively very important.

Also read: What Happens When You Block Someone on Twitter?

Mis-alignment with other Social Apps

While every other social app is providing the users with the same kind of features and tools, Twitter maintains a different and unique identity. Expecting Twitter to notify you every time somebody takes a screenshot of your tweets or content is meaningless as it doesn’t align with their strategy and mission. Twitter wants to be first when it comes to making change and spreading awareness. Twitter has a mass audience and it puts its audience to good use by making important events trend. Twitter has a different strategy and by no means has Twitter ever notified people of screenshots in the past. And by what we know, there is no chance of seeing it getting done shortly as well.

If you are a Twitter user and privacy is your concern, you can take measures to stay safe. As we mentioned above, Twitter is a public platform meant for creating awareness and users are free to take screenshots of whatever content they like.

What you can do is turn on a private profile and only follow trustworthy people with who you are comfortable sharing content. This way, you can control what you are putting across and who are the people viewing it. That is the only way you can make Twitter work for you.

Twitter is a very compatible and unique social app but when it comes to users' discretion and privacy concerns, it does not keep up with its user's expectations. Twitter has its conventional methods and it seems to have been following them for many years and has created enough adaptation to those.

Its users are pretty much aware of its features and are happily getting around it. And when it comes to screenshots, Twitter has never notified its audience regarding it. It just simply does not align with its mission and strategy. And it doesn’t seem possible for the foreseeable future either. For now, we can confidently say that there is no way to find out who took a screenshot of your tweet on Twit

Also read: What Does WAP Mean on TikTok?

Read next: What To Consider When Choosing A Registered Agent