Life without too many conditions

C
by clayjayden 2 days ago in advice

Life without too many conditions 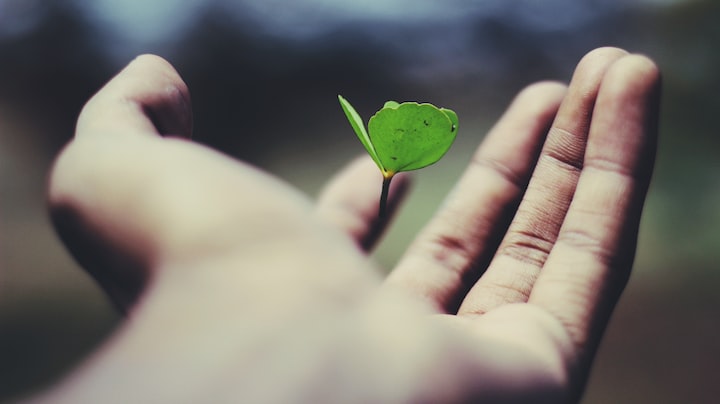 Photo by Ravi Roshan on Unsplash

We envy the children who are born in the capital, who are the "nobility" of the nation in a country where there is no "nobility"; we envy those who are the sons of tigers and ladies of the family, who win over grassroots people like me in the starting point, who have superior living conditions that I can't achieve with all my life's efforts, such as the first-class education they can receive from childhood, and the wealth they have to squander to their heart's content.

In fact, these conditions should not be listed as the conditions of universal life. Because of its contingency as we sit in the fetal into the natural beauty, or crooked are not related to their own, the relevant only we create and use the conditions.

London began as a village, just as the nobility began as a recklessness, taking the village as the beginning, taking from the creation of conditions as the beginning, is the condition that we all have. To have conditions is a good destiny, not to have conditions is a good opportunity. This opportunity is to create, just like the Jewish people in history, after the destruction of their homeland, they drifted around the world, when the hedge, in turn, strengthened their ability to survive. Without land for factories, they have inventions, without a vast territory to stand, they have wisdom. No nationality has produced as many professors, experts, and scholars as the Jews, in proportion to their population. Just like Japan, which has extremely poor resource conditions, did not constrain them from becoming an economic power. Conditions are important for the development and success of a country and an individual, but they are not the only conditions.

In the book "The World of Birds", there is a seabird that can fly across the Pacific Ocean by just a small branch. When it was tired, it put the branch in its beak and then stood on it to rest for a while. When it is hungry, it stands on it to catch food; when it is sleepy, it stands on it to sleep. Who would have thought that a small bird flying across the Pacific Ocean relies on just a small branch. Imagine, if it took the nest and enough food, it can still fly, fly far? Similarly, success can not be demanding conditions, if you are demanding conditions, then the best conditions can only become your wings tied to the gold, it will not only not help you succeed, but will slow down your pace. Human survival and creation is also the same, the achievement of great things those who in turn do not have any superior material conditions.

The weak wait for conditions, the strong create conditions. Those who are truly successful should be good at creating conditions in the absence of conditions. Just like the bird that flew across the Pacific Ocean, just rely on a small branch to stand, survive and fly.

But many people today start businesses that are dependent on conditions, always blaming their mediocre lives on bad conditions, but conditions are good, so do we still need to struggle? Few of the descendants of those royal families in the Gulf are scientists, artists, Olympic champions, whose superior living conditions are the gold in their wings. This year's European Ballon d'Or winner, Argentinean Lionel Messi, was a "dwarf" nine years ago, diagnosed at age eleven with a growth hormone deficiency that would have prevented his bones from growing. The family's financial situation made it difficult for the young Messi to afford the treatment, so the family decided to emigrate to Spain to find a solution. But this physical condition did not limit Messi's love for soccer, and nine years later, he became a giant in the world of soccer. If he had been sensible about his condition, there would be no "Messi myth" in the world of football. Maradona was also regarded by soccer experts as a "midget" who did not have the body conditions to play soccer. But it is these "midget" conditions in turn achieved the power to write their myth.

Seize the opportunity, always remember the shortage, and perfect yourself. More often than not, the success of each undertaking depends not on the conditions already in place, but on our wisdom and confidence in creating them. Conditions to be, it is enough to have a stick in the mouth of the seabird.

advice
C
clayjayden
Read next: Why Denny's Is the Perfect Starter Job for a Cook
C
clayjayden
See all posts by clayjayden →