Lessons I Learned at the Warehouse

by Jed Quinn 9 months ago in advice

A short lesson on percents. 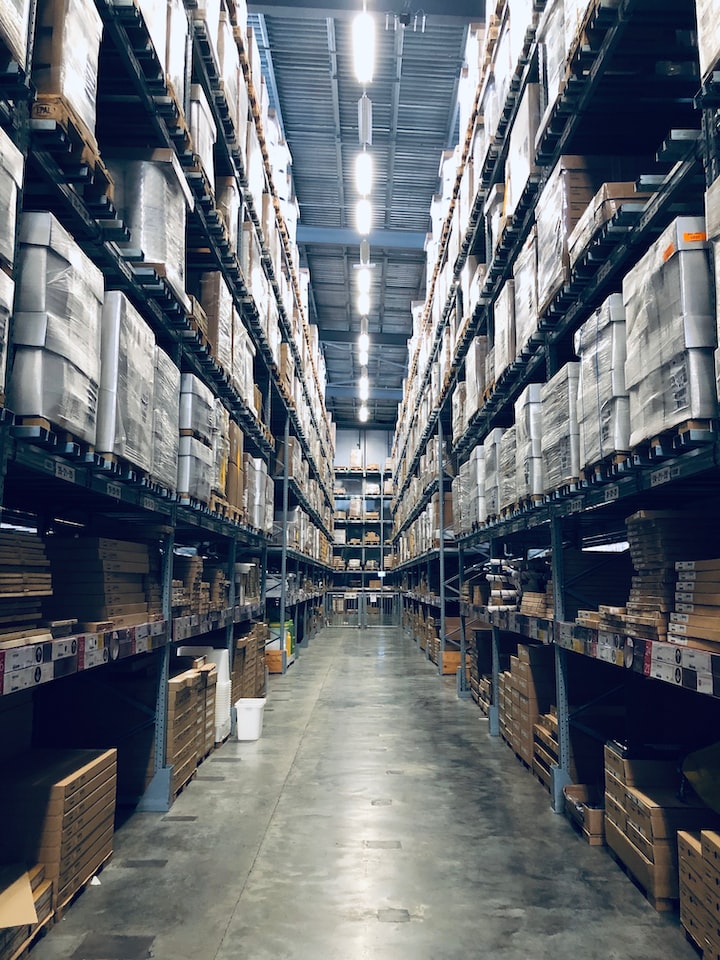 Photo by Ruchindra Gunasekara on Unsplash

Jarad asked, "How am I doing?"

"How long have you been working at the Warehouse?

"I've been working for over two, three months."

Jarad said, "You below a hundred if you keep it up, I'll be forced to fire you, understand?"

In shock, I jerk my head back, and a heavy feeling starts in my stomach. I am the type of person who gives a hundred and ten percent to everything.

Jarad shows me day-to-day hard copies of the last three months. To see your performance in black-and-white is an unreal truth. To see my name hover the ninety percent, I took the evidence hard and felt embarrassed. Fired for performance issues hurt me personally.

Ten-year-old me would help my father and grandfather pull carpets in apartments and clean them to be painted. Working at McDonald at sixteen, I made it a point to clean the toilets when not told. At college, the hard work mentality and attitude went out the window. Burnt out by high school life, I stop doing college homework, concentrating on playing video games. Eventually, I dropped out of college and had to find a real job. At a job fair, I found work as an order selector. What is a selector? The thought of a person working picking boxes sounded easy. A runner (a nickname for order selector) at the Warehouse is real hard work.

After the surprise conversion with my boss at the start of my order, I ask myself at that moment, Do I show him that I can give hundred-and-ten percent or get fired?

Jarad said, "If you can't improve by the end of the week, I will be forced to fire you."

The words played in my head like dices in my hand. At the end of my order, I had my answer as I reached out for the next order. It hurt my pride. On resumes, I place a hard worker as a skill but to see on paper my name and next to it is ninety-three percent meant I was lying to everybody and myself.

At the end of the week, I hit one-hundred-and-twelve percent.

What is the point? The real hundred percent is the real you. The honest you who can trust in yourself and those around you can in-turn trust in you. Seeing your performance in black-and-white can be intimidating, or you make it a challenge to relive to yourself what you can do.

On my last race day as a runner (nickname for an order selector), I hit my best percent of 175%. But, the fastest runner hit 235%. How can anybody go that fast?

Mathematically speaking, an increase of 100% in quantity means that the final amount is 200% of the initial amount (100% of initial + 100% of increase = 200% of initial). In other words, the quantity has doubled. If you apply

Another variable is the orders themselves. All orders are created differently; for example, a milk order of five-hundred cases but, each case is a tiny pint of milk. A daily order will be a hundred cases but each one of those cases is over fifty pounds each resulting in throwing fifty pounds one-hundred times.

So, why try to hit two-hundred percent?

As I have said before, I’ve never hit two-hundred percent in a single day. Partly because my mindset tells me it cannot be done. This is one major factor; the second is conditioning your body to put in the work.

Another tip is to eat little pieces-of-candy but try stretching one or two bags of candy throughout the workday. The short sugar rushes will help motivate you to the next order faster and, by eating them throughout the day, you never hit the sugar fall.

Eating quick calories like potato chips is another tip to conditioning to hit that two-hundred percent.

What is the point? Eighty percent of running is a mental game that you fight with yourself over every order. Asking questions like “What life decisions did I make to get this job?” “Do I really like this job, or do I like the fact that I have a job?” “Can this job be any easier?”

I am an aspring sci-fi author who loves space, dark comedy, and heavy metal. I am a huge fan of sythwave and 70's, 80's, and 90's lifestilys.

Receive stories by Jed Quinn in your feed
Jed Quinn
Read next: Cardboard Cigarette Boxes at discount price with free shipping in USA