by 𝙺𝚎𝚕𝚕𝚒𝚎 𝙳𝚘𝚞𝚐𝚑𝚎𝚛𝚝𝚢 ☾ 9 months ago in advice
Report Story

The changes simple facts can make. 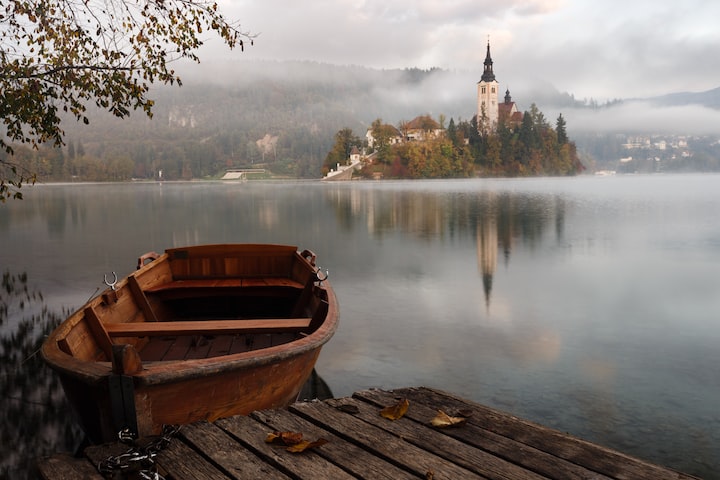 For as long as I’ve been alive, I’ve been a curious person, I have always had an insatiable need to learn, To find new facts and ideas, To create what I can from them, and to excel in a competitive environment.

My mother used to tell me I could absorb information like a sponge, If I found a fact that I thought was even mildly interesting I could file it away in my brain to bring up at a later time. We had a family friend who used to tell me all my facts are useless, But you never know when a fact will come in handy or if something you told someone could save a life.

Growing up I wanted to know everything I possibly can, I still do, I spent years obsessed with Pompeii, Atlantis, The lives of people who came before me. For months straight I could get stuck on one historical event alone, Sometimes a specific decade or century I could be hooked on for years accumulating different facts and knowledge as days turned into weeks.

I had always been one of those kids who thrived in school effortlessly when it came to the academics, History class had always been a favorite of mine and I often found myself not only debating with teachers but asking for more information than they were allowed to give. The year I got my first laptop, I went back to school with printed-out articles asking my teachers if they knew anything about ‘this or that’.

My dinner table had been more competitive than the classrooms in my schools, We were quizzed on history and science and after our meal, we spent forty-five minutes watching jeopardy and jumping over each other to get the correct answers. I’ve dedicated my life to gaining knowledge and giving it to others, Knowing things is what I do.

Have you ever spent so long on something that you’ve claimed it as yours?

Maybe it’s a subject in school that you ace every semester, A desert you bake for every holiday, A fact that you know is true beyond a shadow of a doubt.

You say those things are yours.

As we’ve established, History and facts are my things- I have an almost photographic memory for things I found that I like. Studies show that playing Tetris can not only improve your memory but help you cope after a trauma, I learned that fact three years ago and I still think of it after a bad experience or when my memory fails me.

Recently I met someone who had seemed nice enough, I won’t go into detail but we had a disagreement around a subject that I knew. I had always been mildly interested in the historic event and last year I watched a video where I found out it had actually been related to my heritage. Since then my love for that era in history has been reignited and I have devoured every piece of information that’s related to it, I’ve fact-checked, read articles, watched documentaries- I’ve done deep dives.

When I met them I had spouted a few historical facts, As I’m known to do and they look me in the eyes and tell me that I’m dead wrong- A surprising occurrence on account that people don’t usually do that to me. Of course, I’m always willing to learn so I tell her that I know I’m not wrong but I’d like to know why she believes I am?

She gives me a look of disbelief and asks, “Well who here is older?”

My blood had practically boiled, Not because she told me I’m wrong but because she had no facts to back herself up except for the fact that she had been on this earth decades longer than me. I apologize to anyone I offend with this opinion, But you can be a century old and still have more ignorance than someone who has only been around for half that time.

It isn’t about how long you spend on this earth it’s about how you spend that time, I’ve spent my entire life trying to learn, trying to grow, and to be better. Ignorance is something that is hard to change, But it can if you’re willing to make the changes to be educated and to give education to others.

I’ve loved history my whole life because there is always a lesson to be learned, People look back at history so they never make the same mistake twice, Learn from your past and learn from each other.

That is the power that our history books have given us.

More stories from 𝙺𝚎𝚕𝚕𝚒𝚎 𝙳𝚘𝚞𝚐𝚑𝚎𝚛𝚝𝚢 ☾ and writers in Journal and other communities.