Isaac Asimov's Secrets to be a Good Writer

by Mythili about a month ago in advice

And you can only write like him if you enjoy writing. 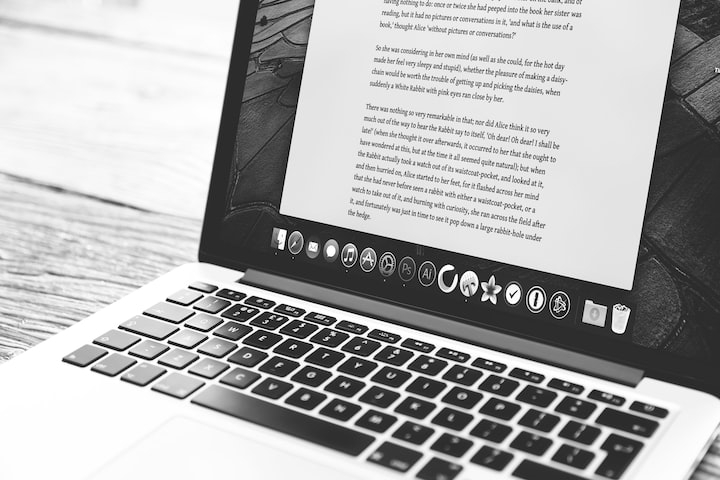 In February 2018, when Elon Musk’s Falcon Heavy rocket left Earth, it was carrying an unlikely payload. A cherry-red Tesla Roadster and a mannequin dressed in a spacesuit occupied the driver’s seat.

But the real surprise was sitting in the glovebox. There, immortalised in etched glass, was a copy of Isaac Asimov’s Foundation series of books. A story about a crumbling galactic empire some 50,000 years in the future, the science fiction saga has been Musk’s favourite book since he was a teenager. Now it is set to float around our solar system for the next 10 million years or so. This was the ultimate tribute Musk could give to one of the greatest science fiction writers of all time.

That said, if there is one word to describe Asimov, it is “prolific”. And to match his prolificacy, you need to write at least one full-length novel every two weeks for 25 years.

Between 1938, when he published his first short story, and 1992, when he passed away, Asimov wrote or edited more than 500 books and hundreds of short stories. In addition to churning out numerous best-selling and award-winning pieces of fiction, he also published several volumes of nonfiction: books on astronomy, chemistry, mathematics, the history of science, William Shakespeare, the Bible.

And yet, surprisingly, Asimov never wrote a book on writing and the writing strategies he used to write so well. Fortunately, we can do get some insights about his writing approaches from his autobiography It's Been a Good Life. In it, he reveals some fascinating strategies, he used to produce thousands of pages in his lifetime.

And here are some of his secrets to be a good writer.

Write clearly, in a conversational voice.

Isaac Asimov may be the worst great writer in the world.

His prose is workmanlike at best. His characters are emotionally confusing and his plots are more like Lego’s puzzles rather than any credible unfolding of events involving real people and real emotions. He breaks every rule of fine writing and critics dismissed his writing as colourless, with no literary sense.

He didn’t care. Neither did readers who bought his books in the millions.

And in response to the critics, Asimov wrote.

“I made up my mind long ago to follow one cardinal rule in all my writing—to be clear. I have given up all thought of writing poetically or symbolically or experimentally, or in any of the other modes that might (if I were good enough) get me a Pulitzer prize. I would write merely clearly and in this way establish a warm relationship between myself and my readers, and the professional critics—Well, they can do whatever they wish.”

Asimov preferred a conversational style of writing. His characters were so simple and dialogues so minimal that any other interpretation of the plot was simply not possible. This gave power and immediacy to his words, engaging the reader. And Asimov credited this approach more than anything else to his high output. When Writer's Digest asked him the secret to his prolific writing, he replied, “I guess I'm prolific because I have a simple and straightforward style.”

Remember the aim of good writing is all about engaging the reader in the best possible way. If your reader is happy reading your writing, you are a good writer. You do not need any literary critics to endorse you.

Asimov held a PhD. in biochemistry from Columbia and taught the subject at Boston University. He was deeply knowledgeable across a range of different subjects. And yet he never stopped learning.

"Although I was one of the most overeducated people I knew, I couldn't possibly write the variety of books I manage to do out of the knowledge I had gained in school alone. I had to keep a program of self-education in process."

His principle was simple. To have good ideas, you need to consume good ideas. He had a humongous library of reference books and he will constant pore over the minutest of details for fear of quoting any wrong or fictitious information. All this required incredible reading and with a “learning attitude” to boot, he grew into a mental giant who was more than once accused of “knowing everything”.

And this prodigal learning was the secret behind him writing books on subjects as diverse as the Bible and mythology to Physics and Shakespeare.

Remember good writers read widely, invest in themselves and are always curious.

There is nothing called writers’ block.

It’s refreshing to know that, like us, Asimov often got stuck. But he had a unique strategy to come out of it.

“I don’t stare at blank sheets of paper. I don’t spend days and nights cudgelling a head that is empty of ideas. Instead, I simply leave the novel and go on to any of the dozen other projects that are on tap. I write an editorial, or an essay, or a short story, or work on one of my nonfiction books. By the time I’ve grown tired of these things, my mind has been able to do its proper work and fill up again. I return to my novel and find myself able to write easily once more.”

Our brain works in a unique way. By stepping aside or “switching” as this method is called, our subconscious creates space for ideas to grow. The biggest benefit of this tactic is that it prevents us to go in the procrastinating mode. Simply start working on project B and by the time you come to project A, you will be having an abundance of ideas.

Another important benefit of this approach is that it prevents us to go into a “perfectionist” mode. The truth is that all of us have ideas. But the difference between Asimov and us is that we reject our ideas (read half-baked ones) before giving them a chance. The fear that our idea might not be accepted by readers makes us perfectionists and drags us into a self-doubting mode.

That is why Asimov stresses self-assurance as an important quality to be a good writer.

“[A writer] can’t sit around doubting the quality of his writing. Rather, he has to love his own writing.”

Believe in yourself. Good writing is all about pushing your boundaries, failing miserably and again relearning again.

Lastly, make the time to write — no excuses.

Many of us complain that we don’t have time to write as we have responsibilities.

Asimov simply made time to write. From 1939 until 1958, Asimov doubled as a professor of biochemistry at Boston University, during which he completed 28 novels and a list of short stories long enough to fill most writers’ entire career.

As he tells us in his memoir.

“I wake at five in the morning. I get to work as early as I can. I work as long as I can. I do this every day of the week, including holidays. I don’t take vacations voluntarily and I try to do my work even when I’m on vacation. (And even when I’m in the hospital.)”

And even when he wasn't pecking away at his typewriter, Asimov was constantly thinking about what he wanted to write about. This ensured he can always get started quickly and be productive. As he tells us proudly here.

“Whenever I'm away from my typewriter--eating, falling asleep, performing my ablutions -- my mind keeps working. On occasion, I can hear bits of dialogue running through my thoughts, or passages of exposition... Even when I don't hear the actual words, I know that my mind is working on it unconsciously. That's why I'm always ready to write.”

The key is consistency. You will write when you are motivated and you will be motivated once you write every day. Simple as that!! Yes, it can often be hard to get into the state of flow or deep concentration, but the solution is just to keep writing.

And you don’t have to paint a Monalisa on round 1. Lower your standards, make a draft, make a rough sketch. Put something on paper and ultimately transform it into something wonderful. Write whenever you have time--even if you don't have much of it.

You won’t be a prolific writer if you are searching for an uninterrupted block of time to write. That will never happen in real life. So even if you are 10 minutes of free time, just write irrespective of how much you are able to write.

As Asimov has rightly said.

“Whenever I have endured or accomplished some difficult task — such as watching television, going out socially or sleeping — I always look forward to rewarding myself with the small pleasure of getting back to my typewriter and writing something.”

advice
Mythili
Read next: Why Denny's Is the Perfect Starter Job for a Cook
Mythili

Mythili is a programmer by passion and a connoisseur of fine arts like painting, calligraphy, and pottery. She writes in the twilight between relationships, creativity, and human behavior.

See all posts by Mythili →