How to Sell Things Online Successfully!

So you don't get robbed or ripped off 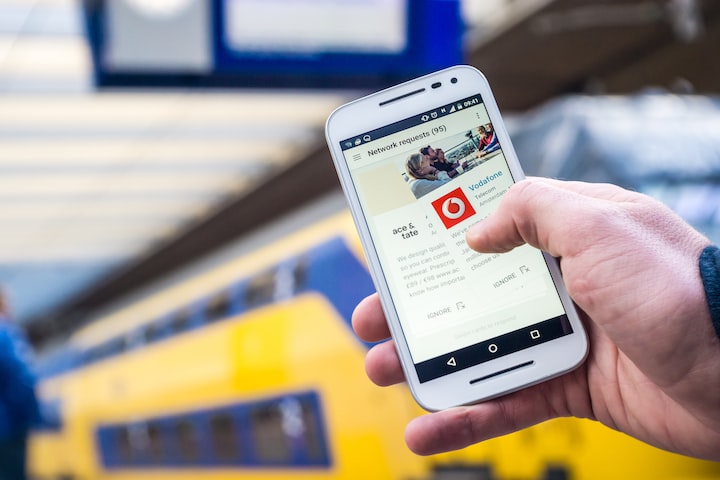 Photo by Magnet.me on Unsplash

Everyone has probably sold something online whether it be Ebay, Mercari, Offer Up, Facebook Market, and the list goes on, and the saddest part is that it has always been sketchy to do this. I started selling things in a little paper called "Pennysaver" 30 years ago, but that was only for local sales, there was no shipping included, you came over made sure it looked good(because there were no pictures either) and if you were happy with it, you bought it and you were on your way. Well, today is a lot less safe because unfortunately, someone is always out to take what they think they deserve...for free, and they are willing to either take it and run, beat you up, or kill you to get it. I have heard tons of story's about friends who met someone in a parking lot and when asked if the person could "look" at the item, as soon as they hand it over, the jerk takes off with it. These people pray on older people or overweight people who are unable to give chase. A few years ago there was a rash of people meeting people on a backstreet and getting the crap beat out of them for everything they had on them, including the car they were driving also, someone was actually shot and killed. It's a crazy world we live in folks, so I am just going to go over a few things I have learned over my 25 years of sales...this is not advice on how to sell...just on how to avoid problems.

TRUST NO ONE! EVER!

Every person is not "honest" trust that! these people are not always who they say they are! now, I am not saying your stupid or uneducated. But I gotta tell ya, it took me a minute (believe it or not) to realize that there are so many shady scammers out here, it's actually stupid how many there are. So, make sure they have these things on their profile before you ever respond to them. 1. A pic of them, not their dog, or an angel, or their Air Jordan's, make sure you see them! Now, that doesn't mean that is really them, or that they are trust worthy but it's a start. I ask before we meet for them to send a snapshot of them right then, I tell them that it's so I know who I am looking for when we meet and I will send them one as well.

2.LOOK FOR THE HISTORY ON THEIR PROFILE! They need to have been on the site longer than a week, because some of them have multiple profiles that were made that month or even that day, not good. So, watch for that, if you don't see any history, then don't even bother to respond to them, especially if you get this message "Is this still available"? "I need it now, or today" or if they offer you more than the item is priced for, they are just trying to lure you so they can kick your ass and take it. Be very leery of these people...super scammers, and very dangerous. Most times they are going to show up with more than one person in the car. You most likely will walk away, but you might not. For me, I will not even talk to them if they don't have at least a year of business on their site, and I will look for transaction history as well as reviews. Now some bad reviews aren't a red flag because you can't please everyone, but a lot of them, is a serious red flag.

ASK PLENTY OF QUESTIONS! Feel them out, make sure they are legit. questions to ask are "where do you live"(the app should give you a general map of their location, Offer Up and Mercari do) and "can you come to me"? because I am not driving out of my way to get hurt. I feel like if they want to buy it, then they can come and get it. Especially if they want to avoid a shipping charge or because let's be real, they don't know you either. I think that is understandable, but if they aren't willing to come to you then tell them you will meet them halfway in a busy place like Starbucks or a mall where there are people around, and NEVER EVER MEET IN OR "AT" YOURS OR THEIR CAR!" meet inside a building, preferably a really busy one. Or find a "safezone" because there are cameras recording every exchange for you protection as well as some form of police around to protect you.

TALK TO THEM ON THE PHONE! If they sound sane then meet them, most of the time you can tell if someone is legit by the tone of their voice and what they say. Now that still doesn't mean they are safe, but it gives you an idea of their personality...and then some people are just crazy but amazing at sounding perfectly sane...so when in doubt...say thanks but no thanks...or refer back to #3. Wow, now I sound crazy, but I gain a lot by a phone conversation.

DON'T HAND THE ITEM TO THEM RIGHT OFF THE BAT!!

Like I mentioned in the beginning, if you don't want to lose what your trying to sell, don't do it! show them in your own hand and keep a safe 5 ft distance so they can't reach out and grab it. Until you feel safe handing it over for them to see. If they are really trying to get you to give it to them, then don't trust that! If the hair on the back of your neck is standing up walk...or run away.

BRING A FRIEND TO WATCH YOUR BACK!

Especially if your a tiny or elder female with no self defense training. If you can, get a good size male to come with you, or even your bestie, anyone to help in case things go awry. Most of the time this just serves as a great deterrent for anything they had in mind other than a peaceful exchange. However, don't bring your whole damn posse, because that is just scary to most people, and if they show up with 3 or more people, just assume it's not going to be good. It should be you and your friend and them and their friend. I let them know that it will be me and "a" friend.

ASK TO SEE THE MONEY.

There is nothing wrong with asking to see the cash or ask how they intend on paying you...if they don't bring it up first which most buyers do. I have always gotten something like "I don't have cash, can you do Venmo, PayPal or Zelle"? or whatever platform they want to pay with, I don't know them all, and make sure you get paid BEFORE you give them the item!! I have been stupid and given the item over before they paid, but luckily they were honest people. I don't do that anymore after hearing all the horror stories about it.

No matter what, always be nice. The world is full of rude jackasses, don't be that guy...or girl! You just never know what they might have been through before they got to you. Treat others the way you want to be treated, because we are after all still all human.

That's it! that is how I get through my sales on all my platforms...oh and one last thing. If you do send it to them, do it as soon as the next day so you get a great rating, and don't forget to add shipping cost to your price.

I am learning more about writing every time I write a new story, whether it be fiction or fact. I love this platform and will continue to write and learn...if you like what you read in any of my stories please click the heart.

Receive stories by C. M. Sears in your feed
C. M. Sears
Read next: Why Is Customer Data Crucial for Business Growth?