by Phoebe Rose Boswell 4 months ago in history
Report Story

The War on Drugs was never the right approach. 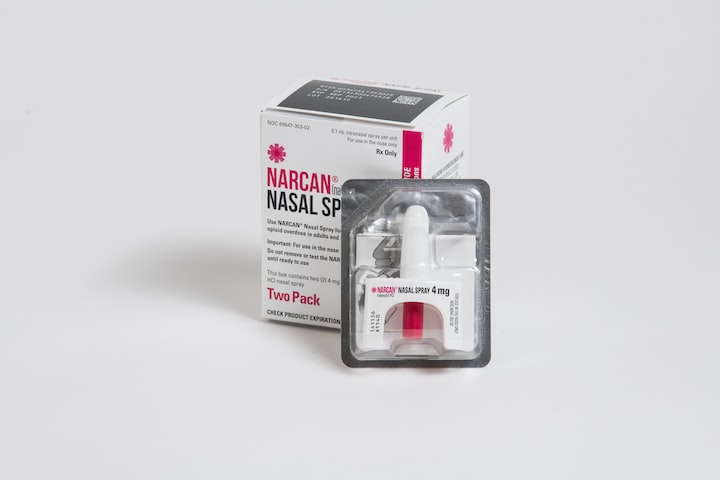 Photo by NEXT Distro on Unsplash

With Colorado being the first state to decriminalize drug possession, it is important to understand why this is a monumental step in the right direction. Drug use has always been prevalent, but with the age of use getting lower and the mortality rates getting higher, we need a new approach to reform. The War on Drugs, decriminalization, and harm reduction need to be better understood.

To understand the place we are at now we need to start with the War on Drugs. Thanks to Nixon, in 1971 a “war on drugs” was declared and no-knock warrants were introduced as well as legality around drug use being intensified, and sentencing was increased. (“A Brief History of The Drug War”). In 1972 a unanimous council recommended decriminalization of possession for personal use. And according to A Brief History of the Drug War, Nixon ignored and rejected this report. The War on Drugs increased in the 1980’s via Ronald Reagan and incarceration for nonviolent drug offensives skyrocketed to over 400,000. All this has continued to escalate and increase since then and has not stopped, until Colorado.

Colorado is monumental. The first state in The United States to decriminalize possession of all drugs. Decriminalization leads people to helpful treatments for addiction instead of prison for minor offenses (“Drug Decriminalization”). This path offers rehabilitation instead of increasing the ever-growing incarceration rates and offering no real solution. By introducing this solution, we can free up law enforcement for more important issues, we treat addiction as a health crisis and not a crime, and help remove the stigma that comes with being an addict and makes it hard to come forward for help (“Drug Decriminalization”). A common fear in doing this is that drug use will go up instead of down. But we can see the results in Portugal who decriminalized drug possession in 2001. In over a decade drug use has remained roughly the same but every other harm went down. Their drug rates are far lower than the USA’s, the number of people in treatment has grown by 60%, overdose fatalities have substantially gone down, and HIV cases have decreased (“Drug Decriminalization”). Decriminalization does not make it legal to do drugs, it makes it legal to treat drug users with respect and help them.

To help people with addiction issues right now, the most we can do is make harm reduction easily accessible. Harm reduction is a set of practices that decrease all drug related harm. (Harm reduction can also relate to things other than drugs specifically.) Harm reduction focusses on issues such as discrimination in order to give nonjudgmental help, it helps prevent overdoses by providing evidence based, nonbiased, drug information (“Harm Reduction”). Many harm reduction facilities have needle and syringe exchanges to reduce infections caused by dirty needles. This does not increase drug use but helps connect people with programs that help. Facilities can also have methadone and buprenorphine which are medications that make detoxing easier (“What is Harm Reduction?”). These places give addicted people a safe place to get help without being discriminated against or judged. Some people think that giving access to these services encourages drug use but recent studies show that providing clean needles decreases HIV without increasing the use (“What is Harm Reduction”).

In order to properly address America’s addiction problem we need to acknowledge it as a health crisis and not a crime. Drug use should never be encouraging but demonizing people with addiction issues just makes them less likely to ask for help. Addiction is a disease and people who struggle with it deserve humanity, not prison. Revisiting the means for which the war on drugs was founded, introducing decriminalization, and encouraging harm reduction services makes dealing with addiction easier, safer, and benefits the community as a whole.

“A Brief History of The War on Drugs.” We are the Drug Policy Alliance. 14 November 2020. https://drugpolicy.org/issues/brief-history-drug-war. Accessed 22 March 2021.

More stories from Phoebe Rose Boswell and writers in Journal and other communities.