by Alexis M. Collazo about a month ago in advice · updated 8 days ago

A few things I learned reading one my favorite authors 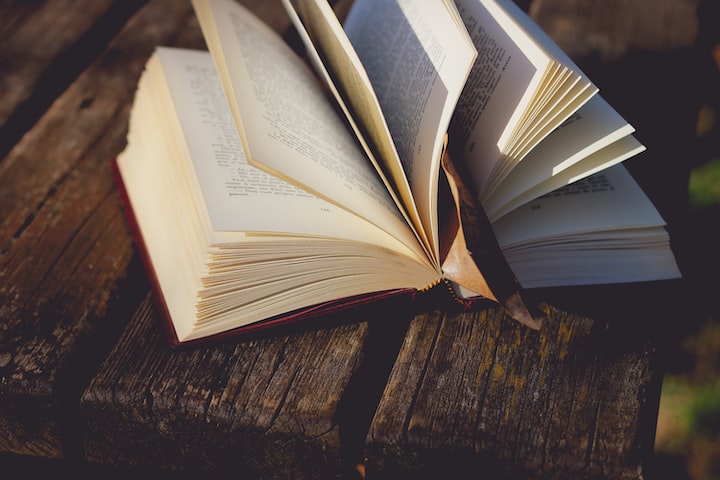 Photo by Ergita Sela on Unsplash

I was first introduced to Salman Rushdie in a college literature class where we read Midnight’s Children. His novels usually combine historical fiction and magical realism to explore heavy personal, political, and cultural themes. While Rushdie’s writing is not an easy read, he’s become one of my favorite writers. After reading his memoir, Joseph Anton, I gained deeper insight into his novels and his writing process. Here are a few tips on writing I learned from him.

In his memoir, Rushdie writes his father cried out, “What am I going to tell my friends?” when he told him he was going to be a writer. A similar scene appears in the novel, The Satanic Verses, when one of the main characters tells his father he’s going to be an actor. Fourteen pages later, he recounts an experience I recognize from the novel Fury, which includes a character, whose physical description is based on his ex-wife, Padma Lakshimi.

These are just a few real life elements that made it into his fiction. I used to avoid including anything from my life in my writing. I thought people might think I was hiding behind fiction to write about myself or them. More importantly I thought it would make me a fraud—fiction is supposed to be made up.

I realized Rushdie, and most fiction writers, frequently include details from their lives in stories. They give fiction that bit of truth it needs to be believable. And some stories are too good not to use.

You don’t have to include intimate details or base a whole character on someone you know. Including pieces of a real conversation might bring your dialogue to life. Try expanding a childhood accident or a bad work experience into a traumatic event for a character’s backstory.

When asked, Rushdie advised writers to give characters their own distinct voices, explaining that while reading passages of character dialogue you should be able to tell the difference. Each character should have different vocabulary, syntax, attitude, and body language.

Rushdie's focus on voice stems from the advice of a history professor at Cambridge: “You must never write history until you can hear the people speak.” He remembered it and thought it was a valuable principle for fiction as well. He writes in his memoir you need a sense of how people speak to tell their story. The way characters speak reveals a lot about them.

Think about how your characters speak. Do they use short or long sentences, are they slow and deliberate or do their words come out quick and garbled? Maybe they use a lot of slang or technical jargon from their work.

Remember to read dialogue out loud to really hear the character’s voice.

Rushdie’s novels take place in a variety of locations in the world and in time. It’s hard to believe that he could recreate these settings in his fiction without doing at least some research.

Before writing Midnight’s Children, he left his job to travel through India for as long as possible. Much of the story is about India itself and it’d been over a decade since he’d lived there. The trip is described as “plunging into the inexhaustible Indian reality, so that he could drink deeply from the horn of plenty and then come home and write.”

He mentions a variety of media he consumes as he developed The Ground Beneath Her Feet. He also had a friend in the music industry review it to point out related mistakes. The clearest evidence of his research was the four-and-a-half-page bibliography included in The Enchantress of Florence.

You don’t need intimate knowledge of every setting. If you can’t manage a visit, there are other options. Key details can be found on the internet using local newspapers, blogs, maps, and satellite views.

When writing an era other than your own, look up cultural norms, technologies and language quarks.

Lastly, reach out to friends, family and colleagues that might be willing to fill you in on their areas of expertise or knowledge.

4. How You Write Is as Important as What You Write

You can tell Rushdie pays careful attention to language and how he uses it to tell his stories. One moment from the novel Fury has always stuck with me. When the narrator is introduced to the female love interest, he loses touch with reality describing her. It’s four long paragraphs that verge on a philosophical lecture on her beauty: “Extreme physical beauty draws all available light toward itself, becomes a shining beacon in an otherwise darkened world. Why would one peer into the encircling gloom when one could look at this kindly flame. Why talk, eat, sleep, work when such effulgence was on display?”

The long rambling sentences made me slow down, pulling me into the long, drawn-out moment, which was abruptly interrupted by a piece of dialogue from the narrator’s friend. The first time I read it, I distinctly remember having to stop for a minute to collect myself and remember where I was. It felt a lot like how the character was snapped out of his own thoughts and brought back to reality.

Think about what your characters are going through and how your writing might reflect what they are feeling.

Short sentences with abrupt changes in topic mimic the rapid thinking of anxiety and panic, while the same words in longer sentences feel like being lost in thought. An elaborate explanation or description where a few words would have sufficed might cause suspicion.

Right out of college, Rushdie knew he wanted a career as a writer. It’d take almost thirteen years to really get his start. In the meantime, he worked as a copywriter and wrote what he describes as “unbearable amounts of garbage.” His first novel, Grimus was dismissed or ignored by critics.

For him, Midnight’s Children was his last try at achieving his dream. He thought it was more likely to fail than succeed and took five years to complete. Fortunately, the book was a success and he enjoyed continued success until publishing The Satanic Verses. Labeled blasphemous by Muslim leaders, there were violent protests against the book and it was banned in several countries. A fatwa—official death sentence—was issued for him and anyone involved in publishing the novel. He had to live in hiding under police protection for nine years. His personal and professional life suffered as a result of the controversy surrounding the book.

There were moments when he considered not being a writer. Progress was slow and he would go long periods without writing fiction, instead focusing on efforts to defend his work and speak out for freedom of speech and expression. It would have been easy and safer for him to stop writing, but he didn’t.

It’s easy to get discouraged. Writing is not easy and sometimes the risk is greater than the reward. But there is joy in the process of creation and seeing the result of your hard work. Focus on that joy and keep writing.

Below you'll find a list of Rushdie's books available for purchase through Bookshop.org.*

*Affiliate link, which pays a small commission when used for purchases.

Born and raised in Brooklyn, New York. An avid reader, writer and multimedia creator. Relocated to Pennsylvania where she is currently focused on writing, crafting and leading workshops online. Visit www.alexismcollazo.com for more info.