by Harley 2 months ago in humanity
Report Story

A very real story of this man who is on my college campus. 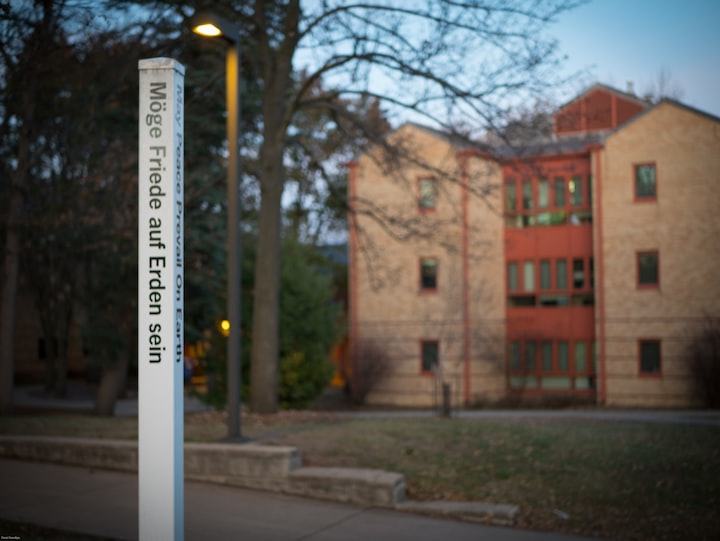 Photo by Farai Gandiya on Unsplash

During my first week of college, I encountered a very disturbed man. And i thought meeting him that one time would be the end of it, until I started to see this man everywhere.

After my last class, my friend and I decided to go to our University Center (UC) to get coffee. The UC was having a coffee mingle event to meet new people. My friend and I thought it would be a great idea to go, for one; Free coffee, for two; free coffee. Her and I aren’t the most social people, so the only thing that drew us in to the event was the free coffee.

After we got our coffee, we decided it would be best to leave because there were too many people in there trying to make friends. When we left the UC, we decided we just wanted to walk around campus. Since this was only our first week of college, our knowlege of the campus was little to none.

When we started to walk to where the library is, this man came up to us and integrated himself into our conversation.

“Hey, can I join yalls conversation?” Said the tall man, he was cowering over my friend and I as we were walking towards the library. He was wearing a tucked in plaid polo, and was slouched over as he talked to us.

My friend and I looked at eachother, fear sparked in her eyes and it was firing up in me as well. This man had a certain energy in him that made us afraid.

We stopped in our tracks and my friend looked at this man.

“Sure, we’re just headed to the cemetery.” She said with confidence. My head darted up to her in confusion. She said yes to this man? And said we’re going to the cemetery? I look at her and she doesnt look scared anymore, me on the other hand is terrified.

“Why the cemetery, you know someone there?” The man asked.

“No, they‘re all way dead. We just have to visit it. Mary Shelley you know?” My confident friend said.

After she brought up Mary Shelley, I had an idea of where she was going with this ruse.

“Mary Shelley?” The man questioned, he pondered for a second then looked up at her with confusion.

“Yeah, English majors just love her and her work.” I told the man.

“Vindication of the Rights of Women more specifically.” My friend said.

“Never heard of that one.”

“Oh you know, its about how men suck.” My friend told the guy.

“OH PFFT, yeah of course they do. But uh, i will walk with y’all to the cemetery.”

At this moment, my friend and I realized that this dude was completly out of it. He agreed to men sucking? And preying on freshmen girls? Okay with going to a cemetery? This is when my friend took the lead and Was going to get rid of him.

“What year are you?” My friend asked.

My friend and I exchanged looks and said,

There was then this longggggg pause of awkward silence.

And that is when my friend looked at the guy and said, “Im also 17.”

The man started to look frantic and literaly ran away.

After this encounter with him, I thought this would be the last time.

But ever since then, we have seen this man everywhere. Every time we go to eat dinner he is there. Or when we’re playing pool in the common area of one of the 5 dorms on campus. We see him at least once daily.

We came to the conclusion we have a stalker. He hasn’t mad contact with us again, but if we continue to see him and it seems more than a mure coincidence then we will talk to authorities. But I thought I should share this, at first it was funny but now that it seems like its like he’s stalking, it’s weird. I honestly think its just a coincidence, but my friend and I are being extremely aware of our surroundings and watching our backs just in case.

More stories from Harley and writers in Journal and other communities.