Being Fearlessly Weird Might Help you to Beat Your Business Competitors

by Girlboss Edit 5 months ago in business
Report Story 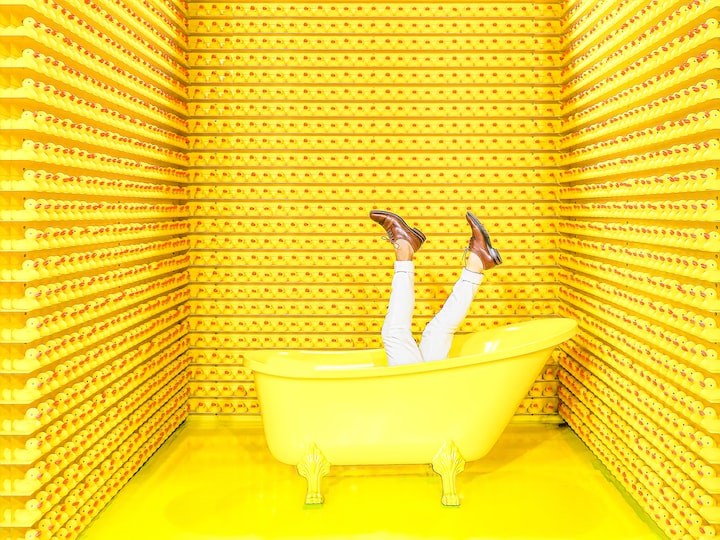 Do you consider yourself weird? If not, don't worry; it's not a requirement to succeed in business. However, if you think about it, there are plenty of successful people who would be considered weird by the general populace.

George Soros is an unpredictable man. Some say he is one of Wall Street's greatest legends, while others claim that he's a menace to financial stability. However, it is safe to say that his qualities would not be considered "normal" by the majority of people out there.

His latest move was to short the British pound. This seemingly weird maneuver earned him more than a billion dollars in just four days and is said to be one of the reasons for Brexit.

Donald Trump is also considered a weirdo by many. He isn't afraid to speak his mind, no matter who he offends in the process. This has led to some outrageous statements, such as his proposal to ban all Muslims from entering the United States.

While both of these men are considered weirdos, they are also famous and successful. This begs the question: can weirdness help you succeed in business? Will it work as a strategy that can beat your competitors?

*According to studies, weird people are more creative than those who try to fit in.

*Tom's Shoes is a company whose sole purpose is to make other people weird.

*Google rewards employees that go against the norm. They want smart risk-takers, not people who are afraid to stand out.

These facts show that being weird might be advantageous in business. You can turn your weirdness into a competitive advantage and beat your competitors at their own game by becoming an unstoppable force of creativity and innovation.

So, don't be afraid to be yourself. Be weird, be creative and see where it takes you. Who knows, you might just become a legend in your own right.

Why is it that weirdness can help you beat your competitors?

Being weird is what separates children from adults. Many people lose their ability to think freely and become passive once they hit adulthood. The same thing happens in business: many people stay stuck in the old way of doing things just because that's how they've always been done.

This is a mistake, and you shouldn't be afraid to stand out from the crowd. In fact, you should embrace your weirdness and use it as a tool to help you succeed in business.

There are many reasons why weirdness can help you beat your competitors. First of all, weird people are more creative than those who try to fit in. They think outside the box and come up with new ideas that are often better than the status quo.

Second of all, being weird can help you stand out from the competition. When everyone is trying to be normal, being different will make you stand out like a sore thumb. This is an advantage because it will make it easier for people to remember you and your company.

Finally, being different can help you be more successful. Google rewards employees that go against the norm. They want smart risk-takers, not people who are afraid to stand out from the crowd. This is a testament to how being weird can help you beat your competitors and achieve success.

Standing out can be scary, especially if you have been encouraged to fit in all your life. However, embracing your weirdness could be the thing that actually pushes your business to the top.

In conclusion, embrace your weirdness and turn it into a competitive advantage. Be creative, be innovative, and enjoy your new position at the top of the business food chain.

More stories from Girlboss Edit and writers in Journal and other communities.