Are history books primary sources if they weren't written during the subject's lifetime?

by Hector Allemand 3 months ago in history
Report Story

Do history books count as primary sources if the authors didn't live during the period they're writing about? 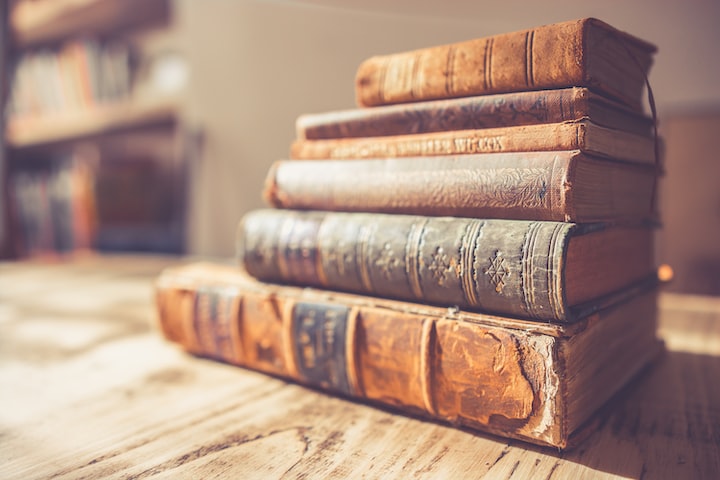 Photo by Chris Lawton on Unsplash

When studying history, it's important to use primary sources to learn more about the subject. If a source is written by an eyewitness, or someone who experienced something firsthand, then it's likely a better source than a book that was published later and relies on past accounts. Why is that?

Well, it just stands to reason and is something known as the historian's fallacy . In order for you to get a truly accurate description of something, you'd want it from someone who saw it firsthand instead of relying on secondhand information that could have been exaggerated or twisted over time.

A textbook is an example of a secondary source.

Yes, if the textbook was written by a historian who is considered an expert in the field, and it is not an analysis of another author's work. A textbook is often a compilation of historical documents, primary and secondary sources, with commentary to help you understand the material. A textbook is considered a secondary source because it did not come from the time period being studied.

The textbook may have been written during your lifetime or even after your death, but it does not matter if it was written by someone who has expertise in that specific field (e.g., studying ancient history).

Primary sources are documents or objects that were created by people who actually lived during the time period the documents cover.

Primary sources are the raw materials of history, the documents and objects that were created by people who actually lived during the time period the documents cover. For example, a letter written by George Washington about his resignation as commander-in-chief of the Continental Army would be a primary source. Primary sources can be hard to find because they may not have been preserved as well as secondary sources have.

For example, if you're interested in Civil War medicine, you would have to read through all of the medical journals from that era to find any information about it. And even then, it may not be very complete or accurate. Secondary sources are books or articles written by historians based on primary sources.

A textbook is not a primary source because it was not written during the time period it covers.

A history textbook is a secondary source of information because it was not written during the time period it covers. A textbook is written by an author who uses primary sources in order to create a narrative about events that occurred in another time and place. A primary source is any document or physical object that provides direct evidence of historical events.

For example, letters from soldiers to their families can be used as primary sources because they were written during the Civil War and provide a firsthand account of what life was like on the front lines. Secondary sources are those that interpret events based on the information provided by primary sources.

In other words, they are interpretations of the past based on research conducted using primary sources. Secondary sources are often books or articles that interpret historical events according to their own perspectives and beliefs.

A textbook is written about events that happened in the past, and it may contain information from primary sources.

History books are always secondary sources because they are written after the fact by someone who wasn't there at the time. They may include information from primary sources but they don't actually provide an unfiltered view of events. Most people who write history are historians who specialize in studying specific periods of time or specific aspects of history such as wars or politics.

So, we've established that historical primary sources are traditionally understood to be works written by the players themselves or by their close associates (by definition, since close associates usually lived during the subject's lifetime). However, this definition does not have to be taken literally. By the same token, history textbooks and scholarly monographs are not necessarily disqualified from being primary sources as well.

Textbooks are easier to identify as such, since they're usually clearly labeled and come in clear packaging with blurbs about their content. In other words, when you're looking for a source of information about the subject of a particular book, a history textbook is probably less likely to qualify as such than a work such as The Hanging in Judgment: The 1895 Trial of Henry Wirz.

With that disclaimer out of the way, we think it's clear that history textbooks do indeed qualify as primary sources if they were published in the modern era.

More stories from Hector Allemand and writers in Journal and other communities.