7 Strategies to Write the Perfect Lead to Hook the Reader

by Brenda Mahler 15 days ago in how to

Readers do judge an article by the introduction 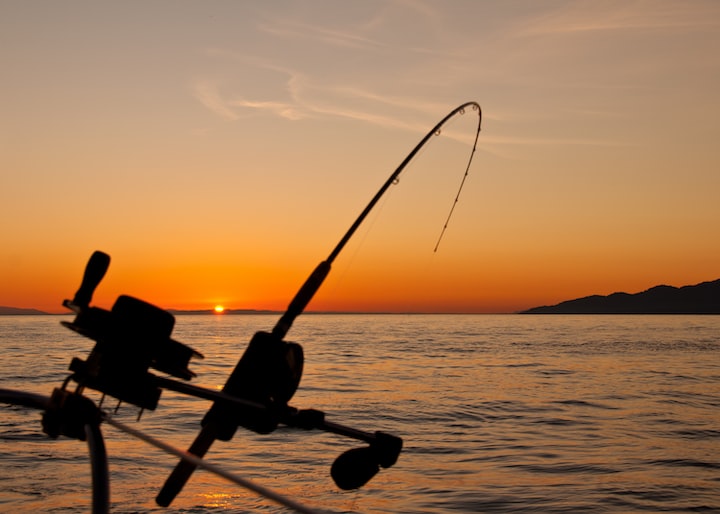 Photo by James Wheeler on Unsplash

If the opening lines of the narrative permit the reader’s attention to wane, if it doesn’t mesmerize his mind and captivate his body, my dreams of a writing career will crumble and dissolve like the faded pages of a brittle, time-worn, abandoned novel.

Writing introductions haunt me, and the act of doing so has the power to freeze my hands in place restricting ideas from flowing to the keyboard. In fact, it took me thirty-minutes to write the first sentence, and I am still not sure it is any good. I know the introduction to a piece of writing must hook the reader, and if I can’t hook them, they will swim away to the next of many stories. The first sentence dangles the bait; the second entices them to continue, by the third they are ready to nibble a little and then BAM! The reader is hooked.

The use of the word lead in place of introduction leaves me with the image of a farmer pulling a stubborn donkey forward by the reigns. The quick tug sends a signal, a second pulls the head forward, a third forces a step and then another until the farmer and the animal are both moving towards the destination or with writing, the conclusion.

Because the introduction holds the power to make the difference between a bestseller and a doorstop, I experiment with numerous types of leads until the best one to match my audience’s interest, my style of writing, purpose, and personal voice is discovered. It is not uncommon for me to write several different introductions before deciding on the best choice for the piece.

Each type appeals to different interests and readers’ tastes. The success of a writer’s job demands the most effective introduction. Sometimes the identification of a new lead requires a rewrite of the text, but if reader satisfaction increases, it is worth the effort.

An explanation of each of the eight types of leads appears below and is accompanied by an example.

Each example shares a possible beginning to the same story.

Begin with a description of the setting that reflects the events. At the conclusion of a championship basketball game, the description might focus on the confetti, excited fans in the bleachers, music blaring, and lights flashing the score. If the same story were being told from the opposing team’s point of view, the setting description would be much different. Then the focus would be on the trash littering the floor, the emptying of the bleachers, the deafening music that carries too much bass, and the burnt-out light on the scoreboard.

As the speedboat sped through the choppy water, the dark clouds gathered ominously overhead. It was headed for home. Rays from the sun faded as the sun sunk below the mountain’s rim creating the appearance of smooth, shiny finish on the water’s surface — an appearance sharply contrasting the roughness of the boat’s wake.

Begin with a description of the mood that the writer wants to communicate to the reader. Emotions are the focus. The look on people’s faces, the feel in the room (tension or relaxation), the words that are spoken, as well as people’s thoughts can be emphasized.

The darkness of night rose from the murky, lake water. While the boat glided across the surface, the silence of the people deafened the roar of the engine. The shore approached bringing with it the inevitable and the unknown.

This may be one sentence that shocks the reader and then a paragraph that develops the statement with reasons and details or a series of shocking comments. The audience should be considered because what would shock one reader may be commonplace for another.

Sam is dead. The image of the waves, the rocks, the body reappears in my mind’s eye. All three move in relationship but isolated from safety. His lifeless body moves in rhythm with the living water though neither offers breath to the other.

The writer begins with an important event in the narrative or possibly the end and then returns to the beginning of the story to explain how the event played out in the action.

As he races down the freeway, his mind remains at the event left behind. The lights and the sirens pierce the darkness of the valley surrounded by mountains. The strangers ask, “What happened? How can we help?” His friends stare saying nothing, but he reads the message in their eyes. Those eyes stare at him until the glare from the road lights pull his attention to the present. He steers onto the freeway off-ramp.

A brief anecdote begins the writing that leads into the remainder of the piece. Often this sets the mood and prepares the audience for what is to follow.

As the boat races over the water and cuts a path through the waves, he wonders why the hurry. Holding the lifeless body of a friend he can only imagine what lies ahead. He needs to explain the absence of a life jacket and how the rope became tangled in the propeller. But for now, he merely allows the water from the waves and the breeze to wash away his tears.

Change of Point of View

Authors need to be open to different points of view in their writing. If they initially write in first person, they should explore the impact if the writing is changed to second person. As the author experiments to find the best point of view, the writing takes shape.

I close my eyes only to see his face before me. In an attempt to sleep, I awake to his cries of help. If I can sleep, I will imagine the past will return to the way before the accident. However, the paradox is that though the sleep will bring comfort, the pain keeps away the sleep.

Begin with a question that will be explored throughout the remainder of the writing. The more intriguing the question, the stronger the impact will be on the reader.

How will he wake tomorrow knowing that his passions, water-skiing and Sam are gone? What will he do when the sun shines and the water beckons? No, what will he do alone? Maybe it would be easier if he didn’t wake to see a new day.

Quote an authority on the topic. This adds power to the writing when it is supported or introduced by someone the reader is familiar.

“Tragedy at Lake Sarah today. Details at 6:00,” announced the DJ on WKTR before he played the latest top 40 hit. It was then that the awful truth finally surfaced in his mind.

Before beginning to write, try writing three different leads. Explore the possibilities by experimenting with varies types of lead. A pleasant surprise awaits that will positively impact the writing.

I am that writer who shares stories about life that make you say, "She read my mind!" My stories create emotions ranging from tears to laughter. Readers engage and return for more because they receive genuine, honest reflections on life.

See all posts by Brenda Mahler →