5 Lessons From Writing a 5-Story Series on Vocal

by Jayna about a month ago in advice

Some thoughts to make it easier the next time. 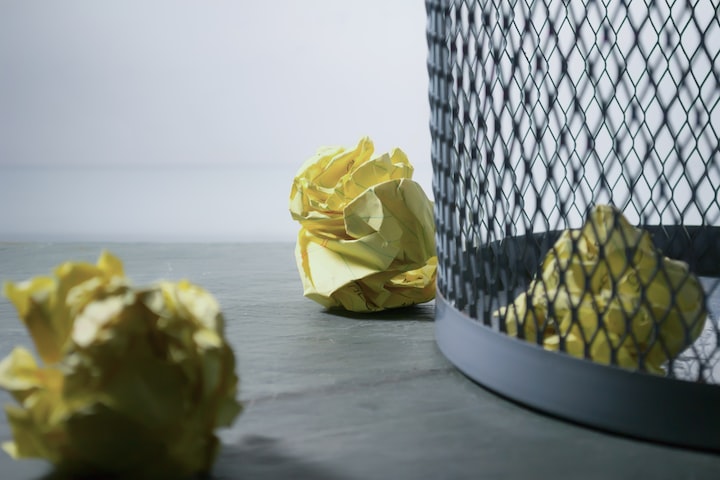 I challenged myself to write five related but completely freestanding stories over the span of two weeks for Vocal's Little Black Book Challenge. I'm not going to lie, it was harder than I expected. It was also rewarding to send each the stories, one after another, to Vocal for consideration.

Each story taught me a lesson about writing a series of short or micro-stories and I wanted to share those lessons.

(Note: For each lesson, I identified the story I was writing at the time and gave a brief story description. I didn't give away a lot in case you want to read the stories for yourself.)

Lesson #1: Build momentum by writing your favorite or easiest story.

Pay It Forward, Book 1: The Scribe

After Rebecca is forced to vacate her life of privilege due to bad dealings by her father, she gains calm and acceptance within herself through her writing.

When you start anything new, it's a little scary. Common wisdom says that the best way to get over your fear of something is to just start. I've found "just start" is incomplete advice. I think you need to start a new project by doing your favorite favorite thing or the easiest thing first to build momentum. For me, the favorite or easiest thing will usually be the first thing.

Was Pay It Forward, Book 1: The Scribe my favorite story? That's a complicated question. Ask a parent to pick their favorite child. However, Book 1 was the easiest story to complete because it was the story I thought of first. The story idea for Book 1 had time to percolate in my brain longer. As a result, when I sat down to type, the story flowed much easier.

Lesson #2: Your stories' world is determined by your story sequence so plan accordingly.

Pay It Forward, Book 2: The Lyricist

Mateo struggles to support his brother's success after the death of his mother and finds refuge in his poetry.

I mistakenly thought that the sequencing of the stories didn't matter because the series contained freestanding stories. I was so wrong. I chose to write Pay It Forward, Book 2: The Lyricist as the second book because it was the second story I thought of. If I could go back, I would probably make a different choice.

I know what you're thinking: if the first story I thought of should be written first, doesn't it follow that that the second story I thought of should be the second story to write? I don’t think this is true if you're writing connected stories. Every new story that you write fills in part of the history of the world that is your story world. Once a story is set, you've foregone an entire set of options for later stories.

You cannot assert something in a story that was made impossible by an earlier story so be deliberate in the sequencing of your stories in a series.

Lesson #3: Give the middle story more time than you think you'll need.

Pay It Forward, Book 3: The Artist

After unrealistic expectations drove Alex to drug use in his youth, his recovery and continued sobriety are reinforced by the love of painting.

Generally, trilogies are my thing. I like threes, whether it's in books or in the number of candles on the table. (My series ended up being five stories because a series of four stories was a non-starter for me and, once I came up with a fourth story idea, I needed a fifth. It's a quirk of mine, I know.) So, the third story in my series turned into the middle story.

The middle story always gets a bad rap; it's the truth. There's no glamour in being the middle story. As I wrote Pay It Forward, Book 3: The Artist, I felt like I was rushing through it. Ironically, this story probably took the longest to develop. I think this was true in my case because of Lesson #2. Like I noted earlier, story sequencing is important because some of the things I wanted to write about in Book 3 could not be done because of what I wrote in Book 2.

This is the challenge of the middle story. It has to carry the series. It can't upset the balance of the stories on either side of it but, at the same time, it has to pull its own weight. That's a tall order, one that requires time.

Give the middle story the time and attention it deserves. Don't be surprised if it requires more attention than the beginning and ending stories.

Lesson #4: Sorry to break it to the pantsers out there, but a series of stories needs an outline.

Pay It Forward, Book 4: The Conductor

Chloe's promising career as a violinist is derailed by an unexpected diagnosis that requires her to make different life choices.

I used the delete key a lot in the fourth story. I started writing, got into a flow, and realized that there were inconsistencies with the previous stories (delete, delete) or created unnecessary complications for the fifth story (delete, delete, delete).

It'll take too long to outline the stories, I thought. My stories are short, I don't need an outline, I thought. I was wrong on both counts. Yes, it would have taken time to outline, but I think it would have taken less time than I took trying to write the story on the fly. So, with great reluctance, I'm going to say that you need an outline for a series. I mistakenly thought that because the stories were freestanding that I could just wing it. I did, but I didn't do myself any favors.

You don't need an elaborate outline, but it'll definitely help you to have a direction for each story. At the very least, spend a post-it for each story. I think it would've saved a lot of frustration.

Lesson #5: Recognize when it's done.

Pay It Forward, Book 5: The Sage

At the reading of Stanley's will following his death, his four protégées receive surprise gifts.

Aaahhh, the last story of a series. Other than the first story, I think this is probably the story that I was looking forward to writing the most. But, because I wanted to write it so badly, I got in my own way. It ended up being wa-a-a-ay longer than it should have been. Of all the stories, I think that this one required the most cutting.

As I think back on it, I think it's because I didn't want to let the series go. Part of it had to do with my personality. (I'm the person that checks two or three times to make sure the stove is off.) The other reason that I didn't want to let it go is because I had to figure out, what am I going to write now? I went as far as trying to think of a sixth, related story. I nixed that idea right away because of my stance on even-number series (see above).

Love your characters and then let them go.

Thank you for reading. If you liked this story, please consider giving it a heart. The five-story series, Pay It Forward, is available to read on my author page.

advice
Jayna
Read next: Why Denny's Is the Perfect Starter Job for a Cook
Jayna