4 Ways To Infuse Humour Into Your Vocal Stories

by Lindsay Rae Brown 15 days ago in how to

Just in time for the (No)Regrets Challenge 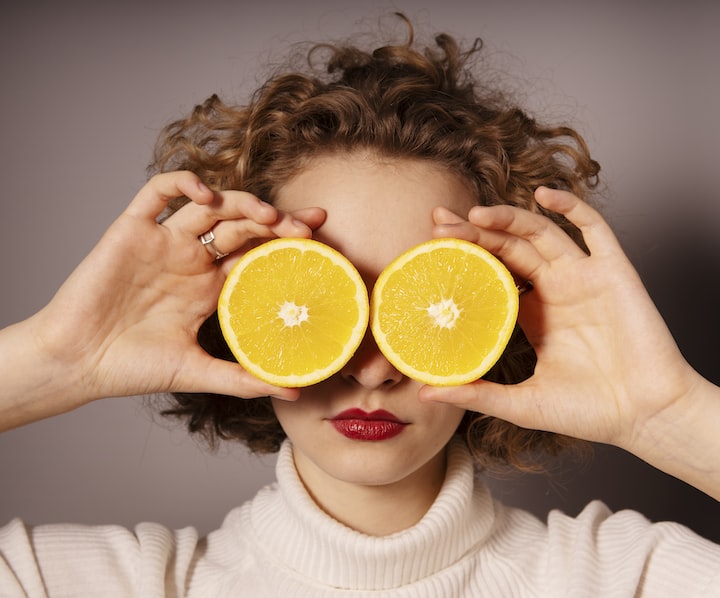 I have exactly one thing going for me in my writing career.

Is it my abysmal spelling aptitude? Or the fact that when my Grammarly app shits the bed, I have a mental breakdown because my readers will find out that I don’t know the difference between then and than (joke!)?

Do I have a leg up because I’ve never studied the art of writing formally and instead chance my way through this writer’s world like a one-legged zebra on the savannah, cackling like the hyenas from The Lion King?

No. These are all significant hindrances in this writing career I’m trying to carve out for myself.

What I do have, is a simple thing, really.

I’ve been writing on Vocal for a few months now, and bless the writing gods above, I’ve managed to make some awesome friends on this platform! I did this by reading and commenting on their work and sharing remarkably personal and humiliating stories that they found amusing.

And what is the one way that we can strongarm our way into the hearts and minds of our fellow earthlings?

With the (No)Regrets Challenge in full swing, I thought I’d share a few tips and tricks on how to punch up those embarrassing stories and bring them home for the win!

Whether you want to implant a little more fun into your challenge pieces or your everyday articles, here are four ways I’ve been successful in writing humour into my work.

Essayist David Sedaris is a prime example of how to infuse humour into everyday writing. Sedaris has a plethora of hilarious satire pieces but is widely known for his essays on family life.

He writes extensively about his life growing up in Raleigh, North Carolina and the hijinks that he, his sisters and younger brother got into during their young adolescent life.

Sedaris is the master of taking his specific life experiences and rounding them off with a relatability that nearly anyone can appreciate.

When I write for prominent humour publications, I always lean towards evergreen topics—content that never goes out of style.

Choose your evergreen topic, find a relatable personal story within it (you’re a human being, you’ve got to have one experience you can share from this list) and run with it.

Look, I know that the use of self-deprecation isn’t for everyone. Many find it hard to make fun of themselves, which I get. Who wants to look like a fool? If you’ve ever read any of my work, you’ll know I’m not one of those people.

However, like most things, self-deprecation can be looked at with a sliding scale. Writers like me, who share stories about that one time I inadvertently made it sound like I was having an incestuous relationship with my brother, are clearly on the far end of the scale.

However, even little one-liners, like “I decided to write a story about why you shouldn’t cut your own hair during the pandemic because now I have a mullet,” will do the trick.

Also, full disclosure, I was thinking of writing this very article after a DIY haircut went terribly wrong the other day.

If you’re not comfortable digging deep into the psychological trash can that is your regrettable decisions, just give the reader a glimpse. The beautiful thing about writing and reading is that, as readers, we don’t need that much info to create a picture in our mind’s eye.

We are an imaginative species, and one perfectly placed tidbit of embarrassing real-life information can heighten your piece to a level that it wouldn’t have otherwise.

Play Out the Small Picture.

Often, when we write, we think that we can only tell stories about the monumental events in our lives. The things that will grab attention and have a better chance to “break the internet”. But if you look at the content that is breaking the internet, it's often insignificant moments that are just incredibly funny.

Gen Z giving Millennials shit for parting their hair on the side? What the hell is that? When there is so much global unrest happening, and Gen Z and Mills (I don’t want to spell it out, sue me) are worried about side parts and skinny jeans?

We find these small moments in life fascinating because we’re human. Most of us need a break from the big stuff. We can’t consume the never-ending news stories about pandemic numbers and boats getting stuck in the Suez canal—though, some great memes came out of that one.

So you’ve picked your evergreen topic, dug deep into your memory bank to find a relatable story and have peppered in a bit of self-deprecation to heighten the relatability factor.

Now, as you’re writing, punch up the spots where your jokes are by elevating the scene.

Maybe your story is about falling over while riding your bike, and your skirt flips up to reveal your Power Ranger undies.

But it would be even more hilarious if you escalated the scene with something like, “As my body hit the hard ground, I knew something had gone wrong. When I felt the cool September breeze glide through my thigh gap, that’s when I heard that little jerk yell, “Mighty Morphing Power Rangers, Unite!”

Remember, it's always better to show rather than tell!

By focusing on the core of the story and making sure not to skim over the funny parts in a hurry to get to the end, you will provide a slow burn of hilarity for your readers.

Go for it, and stop thinking about the outcome.

The other day I wrote a piece about building my own personal Snowpiercer train and who I would bring along on my snowpocalyptic adventure. In the article, I wrote the line “Easy peasy icy breezy” regarding building such a life-sustaining locomotive.

The line came to me out of nowhere, and after I had it written down, I looked at it for longer than it warranted. I wasn't confident in the joke. I thought it was funny, but I’ve also been known to laugh at pretty much anything. I’m not stingy in giving out a few hee-haws to support someone’s self-esteem, even when that someone is me.

Was the line, too, on the nose? Was it going to come off as funny or just reaching? But like I always do when it comes to humour, I decided to go for it.

You'll never know what someone thinks is funny until it’s out there in the world. Nobody will believe everything you write is hilarious. Likewise, not everyone will laugh at the same jokes.

My rule of thumb for humour is, if I laugh out loud at my joke, it’s good enough for publication. If I skim over the mark while rereading the piece for the 42nd time, I will rework the line.

Easy peasy icy breezy ended up going over very well. I was pleasantly surprised to have several people tell me they lol’d at that, which in the grand scheme of things, is why I’m writing in the first place.

As my tip jar said when I owned my sandwich shop, “Just put the tip in and see how it feels.”

There is something important to be said for humour in writing. Uplifting our work with a couple of cheerily placed “good ones” will keep readers engaged and wanting to come back for more.

If you enjoyed this article, I regret to say you will be sorely disappointed with my homepage as I'm not usually a tutorial writer. However, I can provide a few funny stories about that time my brother gave me a golden shower, or when my tub filled up with human feces due to the improper disposal of a condom. So you know, there are options.

Thanks for reading, lovelies!