3 Things You Need To Be A Successful Entrepreneur.

by William ONeill 12 months ago in how to
Report Story

How to get started without money 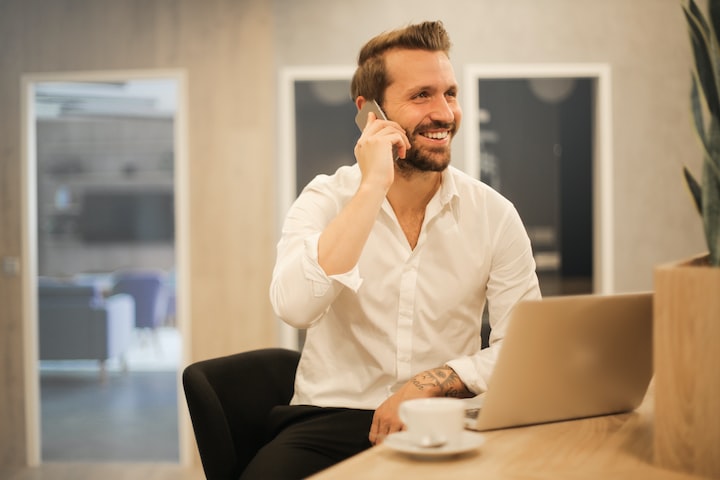 I have read many articles like ‘The Seven Things You Need To Be A Successful Entrepreneur’. A polished powerpoint presentation, a business plan, business premises, marketing research, financial capital, etc, etc, etc. Bullshit.

Banks in particular are very good at demanding to see a well presented business plan, a well thought out financial plan, etc, etc. Well if banks knew that much about business they wouldn’t be banks, they’d be in business.

I haven’t yet met a single bank manager who had the slightest clue of how to run a successful business. Pretty much all major banks have failed, and failed big time. What do they do ? They just print more money (it’s called fractional banking) or go running to the government to bail them out. And they make sure to keep all their fat cat bonuses.

The Chairman is asked to step down and instead of getting a ten million pound bonus he only gets five million. If you fail you lose everything. So what do banks know about business?

I have had half a dozen businesses that had none of that nonsense. I just had one good idea and a determination to make it work. And yes, every single business I started worked.The most successful in terms of longevity is the music. Over sixty years working that business and it does not owe me a penny piece.

I had a language academy that I started in a foreign country (Spain) which I set up without a single penny. I just went to half a dozen schools offering the services of an academy for after school English classes.

Three of the schools signed up and within two weeks I had 150 students and six teachers. The entire income for a whole term, paid in advance, funded the setting up costs, the first months teachers salaries, taxes, social security, materials, accountancy fees and profit. It wasn’t a massive profit, but it was a profit all the same. I worked from home, so there weren’t any offices or classrooms to pay for. That business grew and grew and lasted five years before it was closed down due to personal circumstances beyond my control.

I had a piano bar, again in Spain, which I started with nothing, not a penny. The owners of the fully furnished bar had had to close it down for business reasons and just wanted to rent it out to somebody like me to get some sort of monthly income from it.

The best part was they were so desperate they gave me the first three months rent free, followed by heavily discounted rent for the rest of the year. The catch? All I had to do was get the place cleaned up, which I did all by myself, and get it stocked up on booze. Again, the bar eventually closed only due to circumstances beyond my control.

The one extra thing these two businesses had was me. I am a qualified teacher, so if for some reason we were a teacher short I stepped in.

The piano bar was a great success, but in part that was because I am a pianist. So if one night an artist didn’t turn up, I just played myself. It’s called D.I.Y. success.

So that’s two things you need, a good idea and you. The same went for all of the biggest successes from the past.

Henry Ford with the motor car. Bill Gates with the computer programme. Jeff Bezos with an on-line shop, Eddison with the lightbulb, Dyson with the vacuum cleaner. All they had was that one good idea and themselves.

The only other thing you need is the determination to see it through, to never ever give up, even when times are hard. So that makes it three things, one good idea, you and determination. No capital, no business plan, no financial spreadsheets, nothing. Nothing but you and your big idea.

More stories from William ONeill and writers in Journal and other communities.