by Paul Combs 8 months ago in literature
Report Story 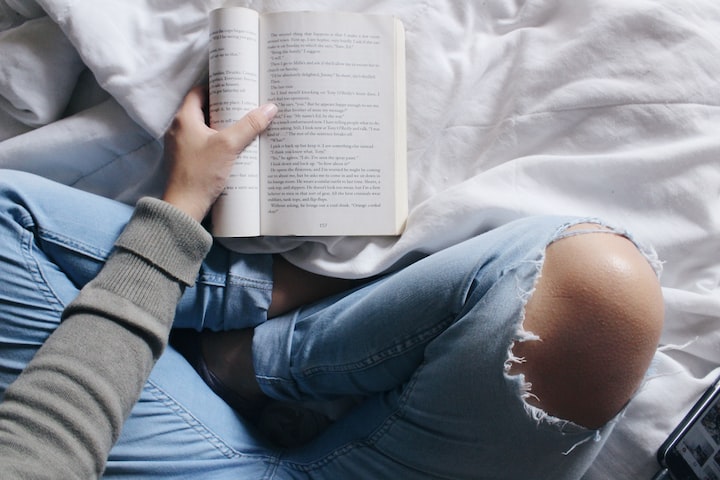 Photo by Fabiola Peñalba on Unsplash

Over the summer I published two articles about using only the first line from a book as a recommendation to read it. Authors, publishers, and advertising gurus go to great lengths to come up with just the right marketing campaign for a book, but what if all they needed is there on the very first page of the book itself? Are there first lines compelling enough to make you read further?

So, dispensing with all the marketing nonsense, here are 15 more novel recommendations using only the first line of the book. The authors thought these sentences important enough to lead off with, and for the ones I chose here and in the earlier pieces, I have to say they chose wisely.

1. “It began in the usual way, in the bathroom of the Lassimo Hotel.” — Jennifer Egan, A Visit from the Goon Squad

2. “The circus arrives without warning.” — Erin Morgenstern, The Night Circus

3. “It was inevitable: the scent of bitter almonds always reminded him of the fate of unrequited love.” — Gabriel Garcia Marquez, Love in the Time of Cholera

4. “It began as a mistake.” — Charles Bukowski, Post Office

5. “This is my favorite book in all the world, though I have never read it.” — William Goldman, The Princess Bride

8. “The snow in the mountains was melting and Bunny had been dead for several weeks before we came to understand the gravity of our situation.” — Donna Tartt, The Secret History

9. “Making one’s home in an unpublished novel wasn’t without its compensations.” — Jasper Fforde, The Well of Lost Plots

11. “Our dragon doesn’t eat the girls he takes, no matter what stories they tell outside our valley.” — Naomi Novik, Uprooted

12. “I went to Key West in Florida this year to enter the annual Ernest Hemingway look-alike contest.” — Enrique Vila-Matas, Never Any End to Paris

14. “I was born before this story starts, before I dreamed of such a place as the Arcade, before I imagined men like Walter Geist existed outside of fables, outside of fairy tales.” — Sheridan Hay, The Secret of Lost Things

15. “I forget everything between footsteps.” — Stuart Turton, The 7½ Deaths of Evelyn Hardcastle

I could have easily stretched this to 30 or 50 or 100, but now with a grand total of 45 novels across all three articles I think it's the right time to call this a trilogy and be done. Check out the books; you won't be sorry.

More stories from Paul Combs and writers in Journal and other communities.