by Pawan Kumar 10 months ago in how to
Report Story

Stay engaged with your team! 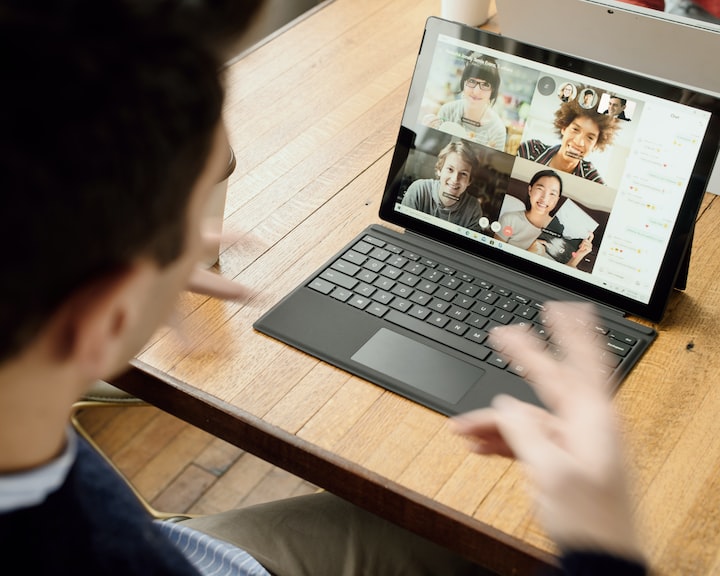 Do your employees feel lonely and isolated while working remotely?

A virtual Ice-breaker is a great way to keep your remote teams engaged and learn more about each other.

Ice-breaker is a game or activity that you can do with your team members to get to know each other and start the conversation. Virtual ice-breakers are the same, but they are done via video calls.

Here are 11 Ice-breakers ideas for your remote team meetings — these are fun and easy to implement!

One of the best initiatives to break the ice for a remote team meeting is to start by asking a question that facilitates critical thinking.

For example, you can ask a question like, ‘A man is lying dead in a field. There is an unopened package lying next to him and no other creature in the field. How did he die?’

Post lateral thinking questions in the group and give everyone some time to answer. Then let them have a brief conversation about their answer and the learning experience behind it.

2. A Ride in the Time Machine

People love to have conversations about themselves. You can channelize this habit of your employees by asking them the time machine question.

For example, ask them about a place or a time they’d like to visit if they had a time machine. You can use follow-up questions to have an ice-breaking conversation.

3. A Stroll Through the Childhood

Ask your team members to share their childhood pictures privately with you. Then, post these pictures in the office group and ask people to guess the person.

Not only can it be a great ice-breaking activity but also reminiscence people of their childhood memories. This would facilitate open conversations and a good laugh to top it off!

Asking members to have a conversation about an open issue can be a great team-building activity. For example, you could share a topic that people can read about in your office group.

Then start the remote team meeting by asking them to express their views about the same. Once people are done sharing their views uninterrupted, set aside some time for an open conversation.

Start a team meeting by asking people little questions, people love to answer about themselves. These could be about their favorite season, team, food, etc.

This activity, on the one hand, focuses on enabling a lively conversation among people, even leading to a debate on why one’s favorite football team is better than the others. On the other hand, it helps people get to know each other better.

Let the people in your organization speak about something they like. This could be a poem, a short story, a song, jokes, etc. Taking the central stage would give them due attention to showcase their talent.

Similarly, performing in a group would also serve as a key to social validation. Ask team members to applaud others.

Ask your team members to share an emoticon that precisely tells how they are feeling at the moment. This will help start the meeting on a lighthearted note, as people witness the range of emojis being put to use. This activity makes use of one of the best virtual things that people love to do- use emoticons.

Watch the ice shatter as people become their creative best with this activity. Ask your team members to tell their life’s story using six words. Or if there is something interesting that they want to share, ask them to do it within the six-word limit.

Not only is this fun but also a great platform for people to be their quirky best.

Post a riddle and ask your team members to reply with answers within 5 minutes. Tell them to not use any search engine or write answers they might have already known. Watch them be at their creative best as they try to answer questions with a race against the clock.

Again, one of the most popular team-building activities on the list, this breaks the ice and builds an interesting story. Start by assigning random numbers to your team members. Then ask the person who has number 1, to write down a sentence and leave it incomplete.

The next person with the succeeding number will write another line, and this would go on until all members have had their turns. Read out the story that is sketched in the end.

This game is already viral among social media enthusiasts. You could leverage this as an ice breaker for your team by posting gibberish words for common movies, songs, or even names of some of your team members. Not only will people rush to answer it correctly but also enjoy the competitive spirit.

Got some other virtual ice-breakers ideas that can boost the engagement of remote workers? Please drop here.