Would you rather act or let it pass?

by The Hundredth Monkey 8 months ago in humanity
Report Story

Altruism and the Bystander Effect 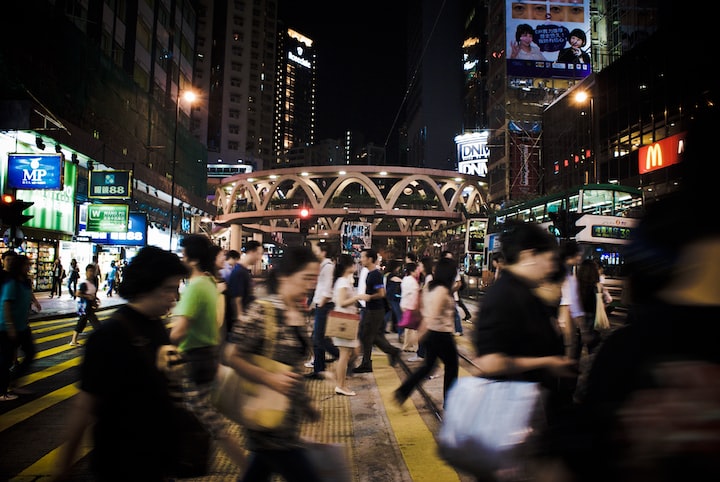 Photo by Jordan Merrick on Unsplash

The havoc wreaked by the COVID-19 pandemic and the subsequent lockdown to contain its spread led to a staggering humanitarian crisis which the state struggled to handle. As the state stumbled, citizen-led initiatives stepped in to fill the wide breach.

In a report filed with the Supreme Court in April 2020, the Central Government submitted that NGOs across the country had served 30.11 lakh meals during the first phase of lockdown – in many states, they were ahead of the government in providing this relief.

In this article, we would attempt to understand these philanthropic gestures of individuals through the perspective of altruism and related concepts. We would also try to understand the thin line that separates these good Samaritans from those who desired to mitigate the sufferings of migrants but did not step in and act.

Most dictionaries define altruism as "unselfish regard for or devotion to the welfare of the others." The word itself is derived from the French word autrui, meaning 'other people.' Altruism can be a tendency to promote someone else's welfare, even at a risk or cost to ourselves.

So, altruism is related to care about the welfare of other people, and altruistic behavior is beneficial not just to society but also to individuals. Studies have found a connection between volunteerism and current and future health and well being. We also know that adults involved in volunteering have higher life satisfaction and a decreased risk for depression and anxiety.

Still, considering that most definitions of altruism include the idea that an altruistic person is not getting anything in return, we have to wonder with that definition,

Can any behavior be truly altruistic? Is there ever an instance when we do not benefit from altruistic actions?

Keeping the question in mind, let us explore these three different theories about altruism.

1. Theory of kin selection: People tend to be more altruistic to close kin or close relative than distant kin or non-kin. Even subtle cues indicating kinship (such as sharing the last name) may unconsciously increase altruistic behavior.

2. Reciprocal altruism: People tend to be more cooperative when they are likely to interact with that person again in the future.

3. Cost Signaling: Altruism might also act as a signal to a community that a person is open to cooperation and has the resources and ability to gather resources in the future.

These three theories conclude that altruistic behavior is not really 'altruistic' in the selfless sense of the term. Other researchers have theorized that altruism is associated with empathy. The reasoning behind this theory is that knowing what it is like to be personally distressed when we see others suffering, we feel the need to step in and act.

As the distressing images of migrants scaling national highways on a bicycle, trolley or foot reached us, most of us found ourselves in an excruciating situation. We wished to help them to alleviate their sufferings, but we held back and did not act. There can be myriad reasons for this passiveness, and one among them can be the 'bystander effect'.

Often, we cannot act in a distressing situation contrary to our perception of ourselves being morally and courageously upright. We all have found ourselves in similar cases: the times we've seen someone harassed on the street and didn't intervene; when we've driven past a car stranded by the side of the road, assuming another driver would help; even when we've noticed litter on the sidewalk and left it for someone else to pick up.

It is like witnessing a problem, contemplating some positive action, then responding by doing nothing. Something holds us back. This is precisely what being a bystander implies.

Why do we not help in these situations? Why do we sometimes put our moral instincts in shackles? These are questions that haunt all of us. Every day we serve as bystanders to the world around us- not just people in need but to more significant social, political, environmental problems that concern us, but which we feel powerless to address on our own.

Why do some people respond actively to the crisis while others do not?

--- is a question that researchers have been trying to answer in the past few decades.

Their findings reveal a valuable story about human nature. Often, only subtle differences separate the bystanders from the morally courageous people of the world. Most of us, it seems, can fall into either category. It is the slight, seemingly insignificant details in a situation that can push us one way or the other.

Researchers have identified some of the invisible forces that may fuel the 'altruistic inertia' and restrain us from acting on our moral instincts. Some of these hidden forces may take the form of:

1. Confusion of responsibility: Bystanders often fail to help someone in distress because they assume someone else may help.

2. Pluralistic ignorance: This indicates the tendency to mistake one another's calm demeanor as a sign of no-emergency.

Yet another factor influencing the bystander effect is the characteristics of the victim. People are more likely to help those they perceive to be similar to them, and in general, women tend to receive more help than men. This is why people in Rwanda or Nazi Germany did not speak against the barbaric treatment of their fellow humans.

This effect also helps us explain why most people do not raise their voices against the high-handedness of the state or authority. Afraid, confused, coerced, they convince themselves that it is not their responsibility to intervene.

The above described altruistic inertia and the acceptance that we may act as a bystander may serve as a deterrent to being a bystander by making us self-conscious when we behave like one.

Researchers have also identified actions a victim can take to minimize the possibility of those around him falling to the bystander effect. One is to make his/her need clear, and the other is to select a specific person for help. By doing this, the victim overcomes the two major altruistic obstacles to intervention.

Going a step further, researchers have found that altruistic "tendencies had been instilled in many rescuers from the time they were young children, often stemming from parents who displayed more tolerance, care and empathy." We also know that newborns tend to cry when other newborns cry. All these facts suggest that altruism might be a normal human behavior emanating from the solid linkage for our shared humanity.

So, to learn humanity and altruism, we need to unlearn our biases, boundaries, and stigmas because our core nature is loving, caring, and compassionate.