Women do so generously

by Scarlin 2 months ago in advice
Report Story

Men will only love you more 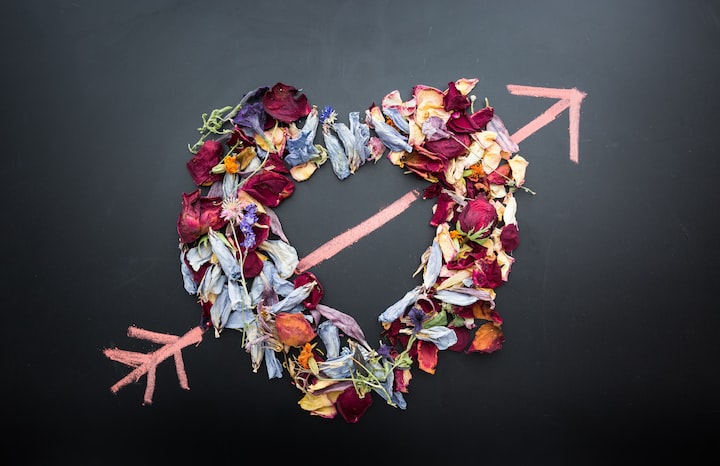 Photo by Denise Johnson on Unsplash

We have always advised girls not to be too active in love, and not to put in regardless, not to give themselves a margin of error. Girls in love are too easy to be loved on the head after all the disregard, like him after even do not care whether he like themselves, wishful thinking into the love, and forget to protect themselves.

Of course, this is the commonality of most girls, but there will be some girls in love who is too calculating, just want to get something from each other, but never thought to pay for each other.

Everyone is not stupid, after one or two continuous payments, will begin to measure, to consider what the relationship is still. Is it worth continuing? This person is not worth it to him to pay again?

Any relationship needs to be carried out back and forth. Today you send me a gift, tomorrow I send you one back. You have given me your heart and soul, then I will also use their way to express love. This is how you can keep a man's heart for a long time.

Want to let men continue to love you, then you have to learn to be generous. Of course, the generosity here is not to take you to the man to take a complete put up way, but also to learn to pay, to meet each other's needs.

Pay a little generous, so that the other side feels that you care

Women should not be too active, but also not too passive, always waiting for the man to pay you, you have never paid a single cent for him, so it is difficult for men to put their hearts on you.

No one will love a person without expecting anything in return, the man is spending effort to chase a woman, but also to get a response, and will not completely disregard the end.

Men in pursuit of you, are often the most willing to pay the heart. This time, no matter what you ask, he will agree and will do everything possible to meet all your desires. Whether it is material satisfaction or action care, as long as you need it, he will be the first to appear in front of you.

In the pursuit of your per, men tend not to be too calculating and will give you a certain amount of time for you to discover his good. But such time will often be a statute of limitations. After paying for some time, the man will start to weigh your performance, thus deciding whether they want to continue.

If you are always accepting his goodness, but never give it to him. Then he will. Reveal the realistic side, even if he likes you again will stay away.

Women do not just desire to be pampered, but also to learn to take the initiative to give. Be generous to men. Appropriate to give him some gifts, appropriate to express some concern, so that the other party feels your enthusiasm and heart, and thus will like you more.

Interpersonal interaction relax a little, do not be too restrained with him

No matter what the character of the girl, once in love will stimulate the sensitive side. The company will put up all the defenses to fight the man around the opposite sex, he appeared around all the opposite sex as an imaginary enemy

During the time of a relationship with him, always keep a guarded mind. The man added a new friend of the opposite sex on social software, which you can be the first to find. The man out of kindness to the opposite sex to provide some help will also make a fuss. Men because of work reasons home a little late, you will ask questions, a mind that he is behind your back to do something wrong.

At the very beginning, your high vigilance may make men feel because they care too much, but if the number of times, is beyond the scale he can tolerate, then he will feel that you are too neurotic, will want to avoid you, even if nothing is going on in the company, but also do not want to come home to see you.

Many women will be full of defensiveness and look too closely at the man, control his money and restrain his interpersonal contacts. Always feel that as long as they remain vigilant, the man will not make betray this thing. But in fact, sometimes the tighter you look, the easier it is for him to breed rebelliousness, which is not conducive to the progression of the relationship between the two people.

Women, don't turn yourself into a whole body and soul around the man, the more vigilant you are, the more too restrained he is, the less good treatment, why not be generous, let down your guard, and give him enough personal space? Give him enough freedom. This in turn can make the man see you're good, and thus cherish you more.

Emotionally know how to tolerate, provide emotional value, do not always be the spoiled party

Women always want men to be able to give themselves enough tolerance and forbearance, to be able to spoil these into a small child.

No matter how much conflict and friction occurs between two people, the man can take the initiative to coax. He can know what he means beyond his words and know what he wants to say. With the ability to guess their little thoughts, and many words without having to say much, the other side will be able to understand.

Of course, women have these requirements are not excessive, but the premise is that you can also give each other the corresponding emotional value, you want to understand, but also be able to let each other feel. And not just a demand for him, and you just passively enjoy.

If every time you need a man to tolerate, you need a man to take the initiative away, through the world for a long time, he will also feel tired of feeling bored. The man in love does not require too much, the biggest desire is to be able to understand, and be understanding, as long as you give him the emotional value he wants, then he will be willing to keep spoiling you and love you.

Love must not have selfish ideas. You want to get what you have to give first, want men how to love you, love you have to treat each other in the same way. Learn to be generous, to pay, to be good to each other, to meet his needs, to be able to get the love you want.

Love is mutual, a person's efforts ultimately have no way to make a relationship last, I have two people to pay each other close to each other, to be able to let the flower of love always bloom.

It is very difficult for people who are too calculating to get the love they want. You always want to get and ignore the importance of giving. Always according to your ideas to love people, but did not even consider the other party more hard want is what. You are afraid of being cheated and let down, so put up all the defenses to defend the outside world, but forgot to give him the most basic trust, so you will only. Let him want to escape, and how will die to love you?