Why You Should Never Force a Child to Hug You

by Tone Breistrand 3 months ago in advice

Boundaries should be respected regardless of age 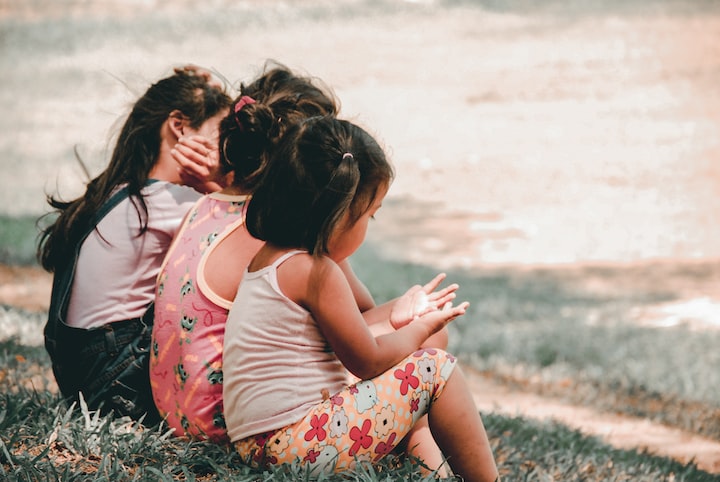 Photo by Charlein Gracia on Unsplash

I'm sure we've all seen it happen or experienced it ourselves. Some adults will force a child to hug them even when the child clearly doesn't want to. It's pretty much been normalised that it's acceptable to hug a child that's screaming or crying, or even forcefully trying to get away, completely disregarding what the child actually wants. This is an unhealthy attitude that doesn't belong in our society at all.

Most people wouldn't force an adult to hug or kiss them, and when someone says they're not a hugger, that's generally respected. It doesn't make sense that children aren't treated the same way, and that their feelings about this can be completely ignored. They're their own people, regardless of their age and size. They have their own feelings, wants and needs, so if they decide that they don't want to hug you, that's a valid decision that should be respected. We live in a world where people being harassed and abused is a huge issue, and it could be that teaching kids boundaries from a young age can help improve the situation. Kids need to know from day one that saying "No" is always allowed and ok, and that it really should be respected.

It's so important that you respect children's wants and that you don't do anything they don't want you to do. It's an excellent way to teach them the importance of consent in a child-friendly way. By communicating with them and showing that you respect their boundaries, you're teaching them that no one should do anything to anyone that they don't want. By doing this the child learns that their feelings matter, and that it's always ultimately up to them. The people around them don't get to decide what they get to do with anyone else's body, and we should all respect each other's boundaries. If you implement this mindset early, I'm sure it will stay with the child through their life.

Following this rule will of course also contribute to better quality hugs and kisses, as they will no longer be taken by force, but will be given freely and from a place of love. The child gets to feel more comfortable around people, and a chunk of negative emotions will be eliminated from social gatherings. Kids shouldn't be made to feel like they have to give hugs to people in order to make them happy. They should know that giving hugs is a positive thing, and an option if they want to, but they absolutely aren't required to do it.

I'm not trying to shame everyone who's ever done this, as I'm sure your intention was never to cause the child any distress. I just want us all to be aware of how we show affection. I understand that you might really want a hug from let's say your grandchild, and that it can be hurtful if they react by protesting. But it takes two people to hug, and if they don't want to, you need to be an adult about it and accept it. A kid not wanting to hug you doesn't mean they don't like you, and it shouldn't make you feel insecure. All kids deserve to have their wants and needs respected, and you should lead as an example they can look up to.