Why You Must Lean Into Hard Things

Incline your body, crouch down, put one foot in front of the other. 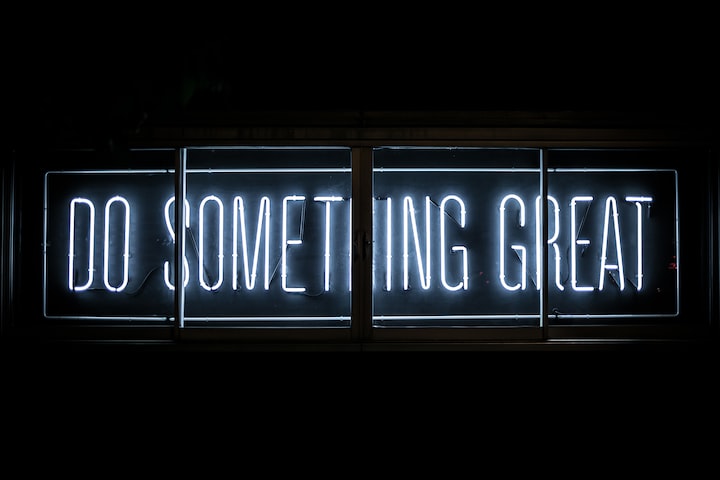 Photo by Clark Tibbs on Unsplash

Standing at 13,528 feet, King's Peak is the tallest mountain in Utah. It's a baby compared to so many others, but makes for a formidable opponent if you try to hike it in a single day.

It was cliché a long time ago equating hard things with climbing mountains. There are lots of things that are actually quite a bit harder. Undoubtedly a person battling aggressive cancer would take climbing a tall mountain over their battle any day of the week and twice on Wednesdays.

On a still, Thursday morning about four years ago, I arrived back in Utah after working at sea level for a couple of weeks. Fun fact: the body acclimates to sea level-living very quickly but takes weeks to get used to living at higher elevations.

The following day, a Friday, I left in the late afternoon with two friends to tackle King's Peak in a day. To climb the peak in a day, you camp in the parking lot (which sits at about 8,500 feet) and wake up at 3:00 am, put on your jacket, grab your light, and hit the trail.

The round trip - depending on the trail - is around 28 miles. Even walking on flat ground, that's a lot of miles to cover in a day. So when the ground's even enough and the ascent not too difficult, you jog.

About 1,500 feet down from the peak is a beautiful spot known as Anderson Pass. I had never experienced altitude sickness before until we reached the pass. I've never had a hangover but people describe altitude sickness as similar to a bad hangover: headache, nausea, dizziness, brain fog. I had them all in spades.

We pushed through to the top where I struggled to eat some food and rest a moment, taking in the beauty and stillness of our surroundings. There were very few hikers on the peak that morning.

To get back to our vehicles and home before it got too late, we couldn't linger for very long. It was a difficult struggle but after dropping below 10,000 feet, I started feeling better fairly quickly. A nap at Elkhorn crossing did wonders to revive me. We arrived back at our cars at around 6:30 pm, victorious.

Without question, it was the most physically demanding thing I've ever done in a single day. Even though I had been running upwards of 50 miles every week to prepare myself, my legs and back were sore for days after the grueling amount of time we spent leaning into the climb.

What does it mean to lean into something?

By the 1950s, the phrase "lean in" had made a couple of notable appearances, mostly related to business and sports. The literal idea meant to shift your weight forward as a means of balance in a number of sports contexts. It's also a fair description of how you climb a steep mountain or long staircase; you lean forward to make sure you don't topple backward.

Sheryl Sandberg's Lean In: Women, Work, and the Will to Lead popularized the phrase. Motoko Rich pointed out that the phrase could "be almost anything"; that its highly interchangeable nature made it easy for it to catch on.

Very quickly, it became associated with a toxic "work at all costs to get ahead" kind of mentality; a way to shame women in the workforce or as Katie J.M. Baker pointed out, it could be used to make "inane non sequiturs about ladythings."

Let's dial back the negativity for a moment and look at the phrase from the context of the positioning of your body to walk head-long into a strong wind (or climb a mountain). If you've ever visited Chicago in October, you know the kind of wind I'm talking about.

Walking into that kind of wind can't be done erect. You have to lean forward, crouch down a bit, and labor to put one foot in front of the other.

Whether you're tackling challenges of a physical, mental, spiritual, or emotional nature, the principle is the same: Success requires leaning into the challenge.

To be fair, there are times when you simply seek shelter. There are some problems in life that you can run away from and ignore until they go away. You have to, at times, deal with "toxic" personalities that way; ignore it long enough. . .

Other times, you have to press into the problem, head on, only stopping to rest when it's too hard to move. Inevitably, however, you'll have to stand up again and continue forward.

Emily Weiss made this statement about doing leaning in:

The single guiding principle that I try to follow, assuming blindly that the rest will fall into place, is to operate squarely in the present. I think it's one of the most difficult things for anyone to do.

While dealing with certain challenges make it impossible to assume "blindly that the rest will fall into place", the second part of that phrase is key: "to operate squarely in the present"; to continue tackling the issues as the arise, one at a time, without trying to eat the proverbial elephant all at once.

There are a number of things you can do to train your brain to do hard things. Fundamentally, however, the best way to learn is just to do hard things. Where possible, break them down into manageable chunks then go to work, whatever that work looks like.

And while you're learning and overcoming, keep this in mind:

Whatever the challenge, just do your best. Some days you may feel like you've failed. On days like those, allow yourself some grace, and get back to work tomorrow. Success isn't in the destination, but in the journey.