by thewellnessxplora about a month ago in humanity

Hint: For your own safety and sanity! 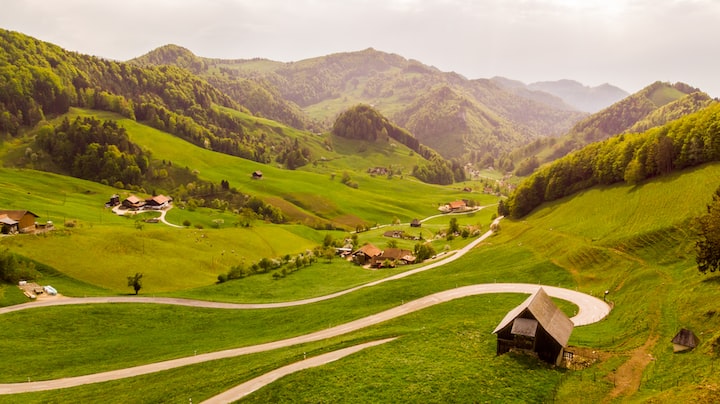 Photo by Sven Fischer on Unsplash

Many people are starting to get an itch to move out of big cities, into smaller or rural towns, closer to nature.

I’m one of those people who felt this itch.

After living on an organic farm upstate New York, far removed from the bustling grind of “the big apple”, I began to develop a newfound appreciation for living outside big cities, closer to nature.

Sure, I won’t deny that living in small towns or rural towns, can get boring.

You’ll definitely miss the varieties of restaurants and takeaway foods, the energetic social scenes such as nightclubs, the ungrounded energy of stressed-out people shuffling themselves to and from work.

I’m not here to over-romanticize what the process might be like because it comes with its own set of challenges.

If you move outside of the city, you’ll miss the city.

Missing something you’re used to having, is a part of life.

For me, the benefits of living outside big cities far outweigh the thrills and joys of living in an action-packed big city.

It’s no secret that big cities are often incredibly toxic.

Air pollution, noise pollution, and water pollution are all different kinds of pollutants you’re exposed to when living in a big city.

Air pollution from the fumes of vehicles, right along with the absence of enough trees to filter out the air, can cause a lot of respiratory illnesses after long-term exposure.

Don’t even get me started on water pollution.

For example, the water I was drinking when I lived in New York City was so bad, I had to spend damn near $300 to buy one of those Big Berkey water filters.

Sorry to burst your bubble, but your little Britta filter ain't gonna cut it!

You’re most likely going to need a stronger water filter, if you and your family plan on cooking with, and drinking tap water.

The hustle and bustle lifestyle which is often powered by stress and overpriced bad coffee is over-rated and can be detrimental to your health and wellbeing.

In conclusion, cities are basically a cesspool of toxicity.

Get out while you can.

Higher cost of living and rent.

To begin with, rent is much cheaper outside big cities. Which goes a long way for you, when you’re trying to cut costs and save money.

When I lived in New York City, my roommates and I used to pay a little over $3,000 monthly, for a basic three-bedroom apartment with tragically unimpressive views.

Outside of big cities, food is usually cheaper, and of better quality, if you happen to be living closer to local farmers and food co-operatives.

If you’re looking to cut costs while improving the quality of your life, I recommend you move outside of your big city.

Living outside big cities, usually means you’re most likely, going to be living in closer proximity to nature.

Being surrounded by an abundance of trees often translates into fresher and better quality air, for you and your family to breathe.

You can even take walks in nature, which does wonders for your mental and emotional state.

Spending time in nature helps you destress, and is also a grounding experience.

Selfish or not, not everyone wants to get vaccinated.

Not everyone wants to have to deal with presenting vaccine passports, before entering restaurants or public spaces.

If you’re one of those people, you might want to consider moving to smaller towns or rural areas where covid restrictions are not as intensely enforced as big cities.

During lockdowns, no one is most likely going to give you a hard time for wanting to take a walkout in nature to clear your head or get some fresh air.

I find that in smaller, rural towns, the energy is more relaxed when it comes to coming to terms with living in a pandemic

Finally, I acknowledge that it takes a certain level of privilege to be able to just get up and move.

Especially, when your job or kid’s schools or social lives, are tied to living in a big city.

So of course, do what’s best for you and your family.

However, if you’re suffering from this itch to move out, don’t ignore those impulses.

They could be signaling you to make the best move for your health, wellbeing, and sanity.