by Aaron Pace 2 months ago in humanity
Report Story

There's a stark contrast between what matters and everything else. 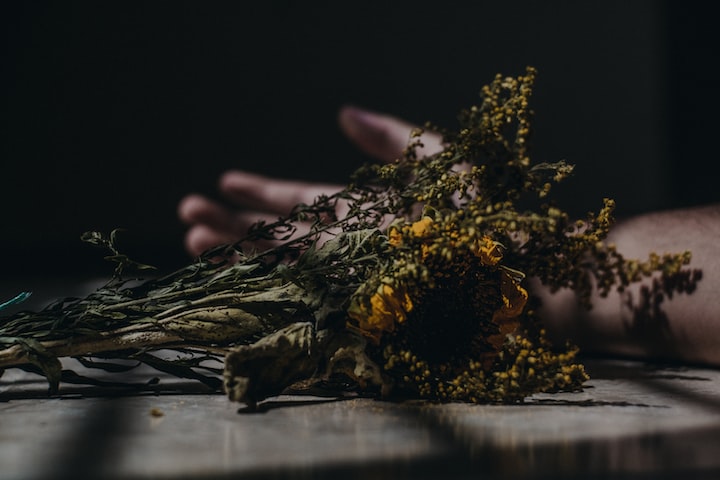 She was only 24 years old. She spent 23 of her 24 years being ravaged by an incurable disease. Yet Kimmie was happy most of the time. She loved everyone. She had a zeal for life that few people will ever experience. I think it’s because Kimmie somehow knew that her years would likely be fewer than most.

Even though her family has been preparing for this possibility for years, the grief was no less intense. The daughter they’ve cared for night and day for nearly a quarter of a century was there one moment and gone the next.

That is decidedly a first-world statement of privilege. There are plenty of things that happen in life that are definitely not “the little stuff”.

Ironically, after fifteen years with my wife, I ignored my own advice and started sweating everything, particularly the little stuff. I regularly let molehills turn into mountains; sometimes I think I unwittingly encouraged those moles to dig faster and build higher.

I’m one of the fortunate ones who realized, before it was too late, that it didn’t serve me to continue building mountains around myself.

Kimmie reminded me today, as she so often did, what’s most important in life: having our basic needs met, relationships with others, and appreciating the simple and beautiful in life.

Nothing else really matters.

Unfortunately, many of us live in societies that are driven (even consumed) by greed and selfishness. In the Western world, in particular, capitalism (or socialism masquerading as capitalism) has created a way of life that most people can’t escape. And for many who might escape, they convince themselves that they just need to stay in it and play the game until they have enough money to “really start living”.

We listen to the talking heads that tell us GDP is the most important measure of a healthy economy and that rampant consumerism and unrelenting competition to “be the best” is the only way to ensure economic health.

Kimmie saw a world like that. Her lifelong dream was to spend time with her grandma, teaching other people about the things that mattered most to her. They were simple things; things that made her happy.

A return to our current reality reminds us that a society like that can only be made possible by an all-hands global shift. The overwhelming majority of the world’s population would have to “link arms” to put an end to consumerism. Wealth would have to be dramatically redistributed. Greed would have to be eradicated; laziness abolished.

Outside of something truly miraculous taking place, a world like that is highly improbable (some might argue impossible). Nonetheless, it is the type of society we can work towards individually by ridding our own lives of those feckless and festering things that have no intrinsic or extrinsic value.

To close, a parting thought from Richard M. Rorty.

My sense of the holy is bound up with the hope that some day my remote descendants will live in a global civilization in which love is pretty much the only law.