Why Do Guys Keep Bringing Up Sex Righ Away on Online Dating Apps?

by Katherine Keyes 2 days ago in dating
Report Story

And how to weed them out 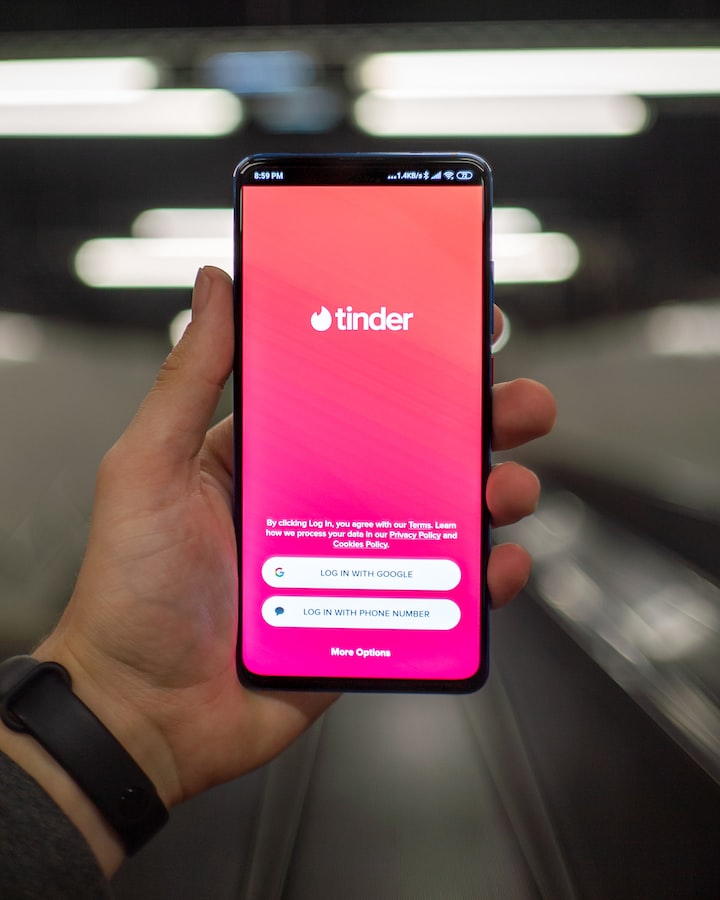 After several years in a committed relationship that failed, I have found myself dating again. I have created a profile in one of the online dating apps; Tinder. And it feels like I’ve walked into some kind of a parallel universe where normal societal rules do not apply.

I have matched with a guy recently and we started texting. It was then, after having exchanged a few courteous messages, that he brought up sex in the conversation.

I mean why is a guy I have not even met, ever, in real life, bringing up the fact that his member is a bit too large and asking me whether that would be a problem? How does he know that we would ever even get to that stage after meeting in real life? Would he be saying this to a person he'd meet let's say at work, in a social activity of some sort or via friends?

I have also had men, whom I have not even had my first date yet with, asking me about my favourite position. Like for real? If they just met you at a friend’s party, would they really be asking you what you like in the bedroom?

Why is this an acceptable way of conversation starters? What are such men hoping for? This is not an isolated incident with just that one person. I seem to be encountering men on Tinder who bring up sex far sooner into the conversation than I would expect. It feels as if some men think of dating sites as sexual ordering marketplaces selling women, instead of a place to meet other humans.

It's so frequent that I no longer even respond to such messages, I just report and block. There is no reason to bother responding, it never leads anywhere, from my experience. Some men simply have the manners of a rabid animal in heat.

Indeed, it's perfectly fine if there are people out there who use dating sites for casual hookups on dating sites rather than serious dates. Their goal is simply to get into bed with someone who feels the same way. The issue is, however, that in my case I clearly state on my profile that I do not want a hookup or a friend with benefits.

This kind of behaviour is upsetting to me. It's emotionally bruising. With the men who jump the gun right away and make it clear that they searching for pussy only I can at least screen them out soon and not waste time.

But some men even go as far as to start off nice, asking me about my hobbies etc. and then changing the tactics swiftly to bring up sex. That is well and truly emotionally bruising.

I feel that those men who start swinging for the fence right away, it’s like telemarketing; they may make 1,000 calls and many people just hang up once they realize it’s a cold call sales pitch but all it takes is a few to listen and they may get a buyer. And in the process, they leave a bitter taste in women's mouths.

It’s not that I’m not interested in sex, sure I am. But I like to get to know someone a little first before graduating to that step, and I expect them to feel the same way. In real life, most of the time we would not be making out with people we have just met straight away and expect the relationship to be all about sex. Why is it any different in the online dating world?

Surely, such men probably miss out on meeting potentially good women. Women who could become their friends, or perhaps a partner in the long run. Like honestly, how does this approach of instant sex even work for men? Or does it even work? I don't know. One thing that I know for sure is that I have lost any kind of patience with such behaviour. This is what I do instead.

I keep going with the real conversation

I don’t think it’s too much to expect a handful of exchanges that are not about sex before the idea of sending each other additional pictures or meeting in person. If someone gets impatient and keeps pushing for what does not feel right to me, then I am out. People who ask you to meet immediately have an agenda and do not want to spend any extra time wasting it on who they think is beating around the bush and not offering what they want. Sex-craving men aren’t looking for people to get to know; they’re looking for people to exercise their sex-driven agenda on.

If a guy feels half decent and I think there is still potential, I try to let them know that I want to change the conversation and see how that goes. I send something like this:

I like you, but I am going to cut this conversation short. Talking about sex before our first date or before you even know my last name just doesn’t interest me. Neither of us will find what we’re looking for in this exchange. We can go back to a different topic and continue with a normal conversation. Otherwise, have a nice day.

I meet men on weekend afternoons rather than in the evenings

Suggesting to meet for a coffee rather than for a cocktail in a bar can help filter out people who do not want to conduct a real conversation. It also weeds out the married guys who would be spending weekends with their families etc. If someone is never willing to meet over the weekend, then more often than not their weekends are busy with other activities and again, they are very often looking for a quick after-work hookup. Not saying that it is always the case. But if someone feels fishy online I take the extra care to suggest we meet over a weekend, in the afternoon.

Do yourself a favour. Feel free to unmatch. Block. Report if needed. If they are not seeing you as a real person with real feelings, you are not obliged to feel anything back. You’re allowed to protect yourself and to ghost. If your interests are not on the same page to the point where you are getting emotionally bruised, uncomfortable etc. it's fine to do just that - disappear. You can be a little less polite than you would be if you met someone in person.

It's not like you are going to miss out on the love of your life if you stop wasting time on the wrong guys, hoping for them to change or to get the real you. Cutting out the wrong guys is not really a loss. But if you weed out the rotten eggs, you might actually meet a nice guy who you can hit it off with.

Yes, it might be difficult and take time, but eventually, someone will emerge from that steaming pile of horse*** and will be similar to you with values more aligned with yours.

Stick to your guns: the only rules that matter are yours. Don’t let what everyone else is doing change or influence your personal boundaries or limits.

More stories from Katherine Keyes and writers in Humans and other communities.