Who can't help but contact each other first, men and women?

There is only one answer 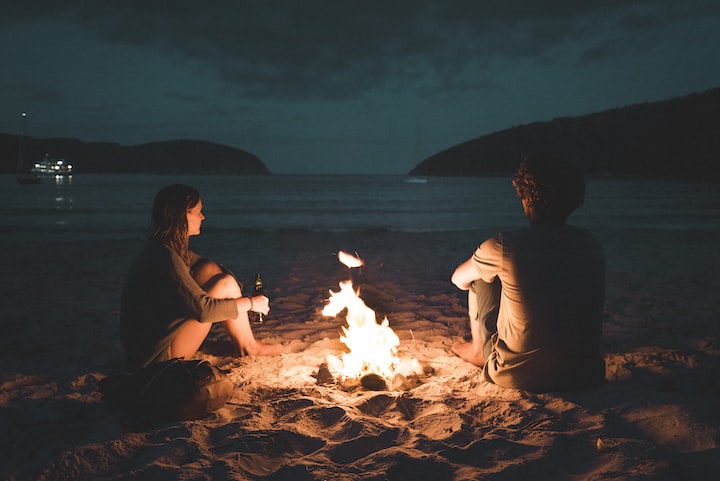 Photo by Manuel Meurisse on Unsplash

Men and women have two different modes of thinking, so no relationship does not need to be broken into the end. Whether lovers or couples, are inevitably quarrels, but the key is not the quarrel itself, but after the quarrel, the two sides to what attitude to solve.

If both sides are grumpy and are not willing to bow down, then the relationship, sooner or later will not last.

There are many couples in life, are because of no one first initiative to bow down, only to cause this to go apart. The cold war is to let both sides calm down, if it becomes an escape, it is the end of the edge.

After the man and woman break off the connection, who will not be able to resist contacting each other first? The answer is just one, that is: who loves more and who will first contact?

The first to contact the person may not be wrong but must be afraid to lose.

One: the party who loves more will contact first because he is more afraid of losing

Xian Shen and Xian Xi are a couple in love for more than two years, in the two years of time, large and small quarrels have not broken.

For example, in the matter of stir-fry, Xian Shen thinks that tomatoes and scrambled eggs should be salt, while Xian Xi thinks that sugar should be put in. The two had a big fight after the cold war, Xian Xi slammed the door and went out to a friend's house, and did not come back all night.

In the end, it was Shen who compromised, telling her.

"Not all differences are only win-lose, some differences can coexist, but if you want to win, I will let you, in the future scrambled eggs with tomatoes, you say what I put, I listen to you."

Xian Shen in the relationship, is obviously more afraid of losing, but also to pay more party, so he will be broken with Xian Xi after the initiative to bow down and seek peace.

The most important thing is that you can get the most out of your relationship.

Two: the person who needs each other more, will temporarily put aside face, and take the initiative to make peace with each other

The same experience also happened to Xiaoping and her boyfriend Xiaoping.

They have been in love for many years, Xiaoping has been spoiled to be unable to stand on their own. Once Xiaoping and Xiaoping quarrel, Xiaoping slammed the door and left, so the cold war for a few days, and suddenly one night, the house fell into darkness.

Xian Me was so scared that she cried in the corner, originally thinking of cold feet Xian Gang, and finally had to call Xian Gang's phone indisputably. When Xian Gang heard Xian Meir's cries, he rushed back and finally realized that he hadn't paid his electricity bill, but Xian Me didn't even know where to put his electricity card.

As long as Xiaoping is at home, doing housework, cooking is his responsibility, he left home for a few days, Xiaoping a few days to eat takeout, Xiaoping a crying phone, Xiaoping called back, but also lets Xiaoping realize that they need Xiaoping.

In the relationship, the party that needs each other more, it is inevitable that after breaking the connection, take the initiative to contact each other. The reason is that the other party has put their life in order and they will have a messy time after disconnecting.

If you want to be needed, you have to create value, so love someone, and want her to leave you, you have to brush up on your presence in her life and the degree of being in demand.

It is said that women should grab the stomach of men, and men will often come home. This statement also illustrates the side, in the relationship, the demand for a party to enjoy the initiative.

Three: love a person will also have dignity, do not consume each other's love at will

Undoubtedly, the more love each other, more afraid of losing each other's that person, and the more will be in a broken connection after the initiative to contact. But this is only because he still loves, so willing to make such sacrifices, if one day, his love is exhausted, do not love it?

Between each other, it may come to an end.

Feelings should be a two-way run, rather than pay more, always pay. Although they will contact each other first when the connection is broken, the number of times also will be tiring.

In adult relationships, the party that pays more, definitely knows that they pay more, it is easy to be held hostage, but they willingly do. So the favored party really should cherish this willingness.

Otherwise, one day, his heart is cold, and you will never warm back.

More stories from Ye Er fan and writers in Humans and other communities.