by Lena 25 days ago in dating

Sometimes it can be hard to see where friendship ends, and love begins... 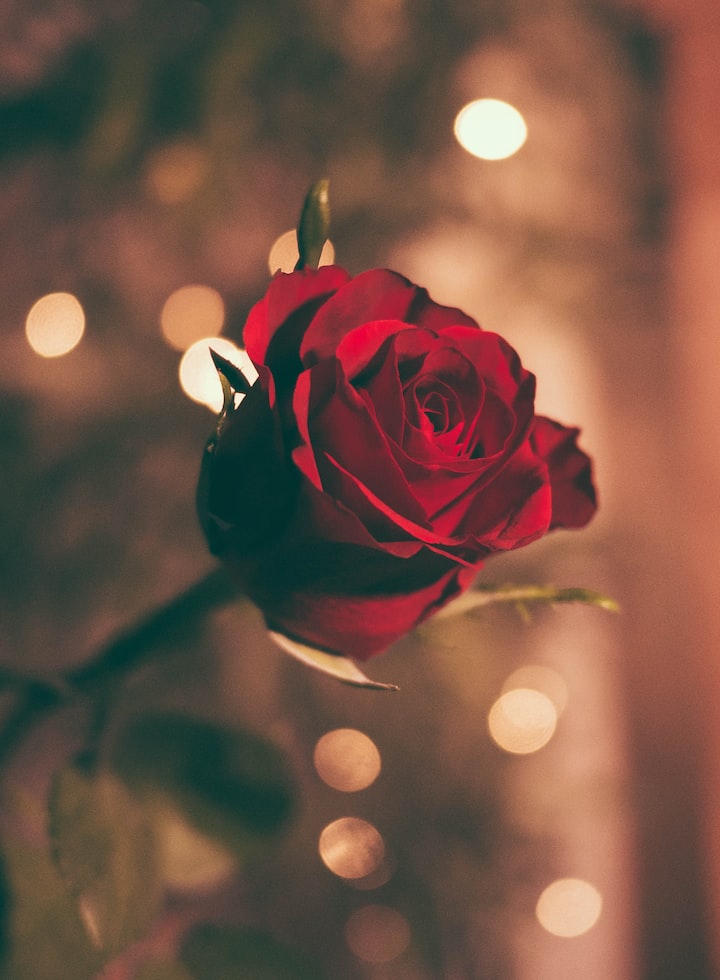 I've known Matt for over ten years. We met at freshman orientation in college and became fast friends. After graduation, we were lucky enough to land jobs at the same company, and our friendship only deepened.

It's no great secret that I have always been in love with him, or that he knew... But we always pretended that I wasn't, and it worked for us. At least, it did... until Covid.

When the pandemic hit, though, we began working from home, and for the first time in a decade, we didn't see each other every day. I felt like I had lost my best friend.

His girlfriend, Sara, on the other hand, was pleased by the sudden distance between us, and I knew that the virus was not the only thing that was keeping Matt from me.

Then, suddenly, last month they broke up, and he showed up at my door, saying that he had missed his best friend, and even though I knew that the world was still in chaos, I felt like my world was whole again.

We decided that we would work together from then on. So, I drove to his place every morning for work, and we would spend the evenings watching movies or talking like we had before Covid, and before Sara.

Last Friday night I fell asleep while we were watching a movie and woke up with my head in his lap. He was smiling down at me in the darkness and quietly running his fingers through my hair.

I felt like the air around us had suddenly become charged with electricity, and my breath caught in my chest as he leaned down slowly and kissed me on the forehead.

Neither of us broke the silence as he walked me to my car that night, and before I had unlocked the door, he took my hand in his and leaned toward me, speaking softly.

"Can you come over for dinner tomorrow, Lizzie?"

I nodded my head slowly, trying to read his mind. I held my breath as he leaned even closer and rested his lips against my cheek.

"I'll get us some wine," he whispered, before kissing me on the cheek. My stomach fluttered as he closed my car door behind me, and I held my breath until I could no longer see him in the mirrors.

I replayed his words in my mind. I'll get us some wine. It had been ten years, but I would never forget that night. We were out with his guy friends, and he said that if he ever offered to buy me wine, it was code for him wanting more than friendship from me.

I never actually thought he would say those words to me. I wasn't even sure if he remembered saying them. Though, I had always hoped to hear them.

I chewed a fresh hole in my cheek as I drove home that night, telling myself that I had only heard what I wanted to hear. But Matt had never given me mixed signals before, and I allowed myself to hope.

I felt foolish showing up at his apartment wearing makeup and high-heels in a strappy black dress, and I worried that he would open the door in his usual jeans or sweats.

My fears were soon eased when he opened the door, though. He wore black slacks and a cashmere sweater and smelled of soap and soft cologne. He smiled and held out a single red rose to me.

I nibbled on my lower lip as I took the rose from him, and my stomach fluttered as he allowed his fingers to linger on mine.

He allowed his eyes to travel over my body slowly, before meeting my gaze, and a chill ran down my spine as a grin tugged at his lips.

I had seen that same grin form on his face many times before. But never when he was looking at me. I shivered softly.

He motioned me inside, and I stared in wonder as I looked around his apartment. The lights were all off and there were candles everywhere. They flickered and cast long shadows on the walls and ceiling.

The floor and furniture were layered with rose petals, and the sound of soft, romantic jazz floated on the air throughout the apartment.

In the middle of the room, he had set the table with more candles and roses. And a bottle of my favorite Merlot.

“Matt, this is –” I fell silent, sensing him close behind me.

“It’s long-overdue, Lizzie." He spoke softly, and I closed my eyes as his cologne overwhelmed my senses.

He wrapped his arms around my waist and rested his chin on my shoulder. It was a familiar gesture. Something that he would do when we were in large groups, and he knew I was anxious.

But he had never done it when we were alone, and my stomach fluttered as he held me. He pressed his face against my neck softly, and I felt my head becoming fuzzy. I leaned into his embrace, using him for support.

I kept my eyes closed, and allowed him to guide me through the apartment and into the chair. He placed a glass of wine in my hand, before disappearing into the kitchen.

He came back and grinned as he sat next to me. I set my glass down with a soft chuckle, realizing that I had almost finished the wine in my nervousness.

He smiled and sipped at his wine, watching me fidget for a moment, before speaking.

"You stopped being nervous around me years ago, Liz. ”

I laughed quietly. "That was before you bought wine, Matt."

He chuckled softly and took my hand in his, gently running his fingertips along my palm. I tried to conceal the soft shudder that ran through me at his touch.

"I'm glad you remembered." He smiled. "I didn't know how else to ask you... " He spoke softly, holding my gaze.

"I remembered," I whispered. I smiled and nibbled my lip. I found myself feeling unsure how to act around him as our relationship was evolving.

“You don’t have to be anything other than what you always are, Lizzie,” he said softly as his fingers danced teasingly across my palm.

I chuckled as he read my thoughts. “How do you always know what I’m thinking, Matt?”

He grinned and looked down at my arm. “It’s easy to read your thoughts, Lizzie..." My stomach fluttered as he slowly dragged his fingertips up to my forearm. "You wear your heart on your sleeve."

The wine was beginning to take effect, and I closed my eyes and relaxed my shoulders as I felt my cheeks heat up.

He leaned closer to me and interlaced his fingers with my own as he whispered, "even when you're afraid, you let me see right through you."

I raised my eyebrows, feigning injury. “So, I’m transparent now, am I?”

He chuckled. "No. But you never hide from me, Liz. I love that about you."

I forced air out of my lungs. "It's not for lack of trying sometimes."

He smiled. “I know. But you always give yourself away... with your eyes... or your body language."

I rolled my eyes involuntarily, and he chuckled, squeezing my hand gently. “Yep. Just like that." He rolled his eyes in mimic of me, and I laughed.

He looked down at our hands, suddenly serious. "Even when you don't want me to see something, you still can't help but let me know what you're thinking. I never understood why."

He looked up at me, and I hesitated, afraid to hold his gaze. "Because, Matt," I spoke carefully. "You're the only one I ever wanted to see me."

He brushed some hair from my face, his fingers lingering on my neck. "All the girls you watched me with... all the times you listened to me talk about them. Praise them. Complain about them --"

I stiffened as he spoke about the women he had dated and instinctively tried to pull my hand away. He paused, tightening his grip softly so that I couldn't withdraw from him.

"If it had been the other way around, Liz... I would never have let you see that."

I looked away, feeling strangely betrayed. "That's what makes me an idiot, Matt.”

"You're not an idiot, Liz. You're just braver than me. I'm the one who's been an idiot. Something Sara made sure I knew when she left.”

I stiffened again and swallowed around the growing lump in my throat.

I freed my hand and stood up, feeling the need to put space between us.

“Liz." He placed his hand on my waist, gently restraining me against the table in front of him. "Things are never that simple.”

"Matt... I'm --" My chest tightened as I began to doubt his feelings for me were real.

He stood up, blocking my exit with his body. I could feel his breath on my face as he placed his hands on my hips, holding me in front of him.

“I tried to come see you that night, but she flipped out. I told her she was being jealous for no reason. That I didn't think of you in that way."

He stepped closer, and I swallowed hard as he slid a hand up my back.

"She said I was an idiot and a coward for refusing to see what everyone else did."

My heart raced as he slid one of his hands up my back, cupping my neck in his palm. I looked at him, searching his face for understanding.

My legs weakened as he pulled me against him. "And then you hugged me, Liz. And I realized you were the one I wanted to hold."

I could feel his breath on my face, and my stomach fluttered as he twisted my hair around his fingers.

"And I smelled your shampoo, and my head got fuzzy. And I realized... She was right... I am an idiot."

"Matt --" He silenced me as he pressed his lips against mine. I sighed and melted into him.

I felt like my legs would give out, but his arms were already around my waist, holding me steady. I waited for my pulse to slow before I opened my eyes.

He brushed my hair from my face, and I remembered what he had said about my shampoo. I smiled, and he raised his eyebrows at me, quizzically.

"My shampoo, huh?" I laughed, suddenly finding it hysterical. "Well, man, Matt. If I'd only known that ten years ago."

He laughed with me as he held me, and I watched his face crinkle softly. I wondered how many of those laugh lines he owed to me, and how many I owed to him.

I realized that he was still the same old Matt I had always known. Except that now, he was my Matt in all ways.

He sniffed at the air softly, his laugh fading into a small frown. “I think I burned the garlic bread.”

“It does smell a bit well-done." I laughed again, my nervousness fading.

He kissed the top of my head. "Be right back."

He moved toward the kitchen, but I had just realized that I could finally call him mine, and I wasn't ready to let go of that moment.

“Wait.” I wrapped my fingers around his sweater and pulled him back to me.

I hesitated, waiting for him, but he grinned down at me, unmoving. I stood on my toes, pulling at him, and he finally leaned down slightly. I smiled and, then, I kissed him for all of the years that I couldn’t.

See all posts by Lena →