When The Universe Stands Still

by Matilda about a month ago in love

Just for one moment 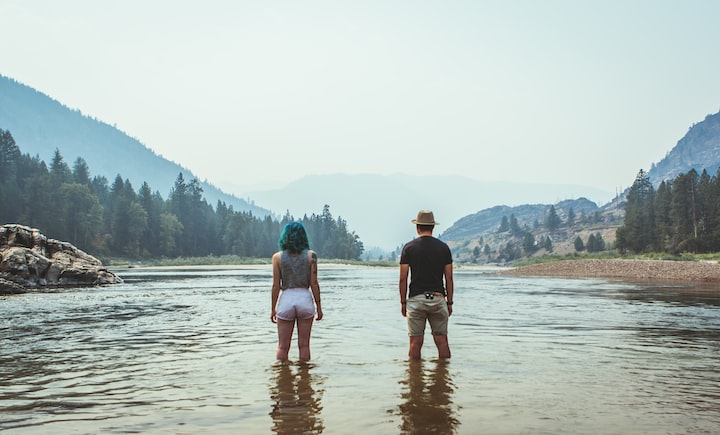 Photo by Andrew Ly on Unsplash

Four years ago today, I walked into a five star Mayfair hotel in London. My life was about to change forever. I was about to meet the person who would teach me the power of the universe, the law of attraction and the art of visualisation.

Over the next few hours, my handsome date talked passionately as we sipped cocktails together in a quiet corner of the luxurious hotel bar. I was blown away. I agreed completely with his perspective of the world and felt incredibly excited by our impassioned conversation and his views.

Months later, as we walked through the early morning streets of Barcelona waiting for the vibrant city to sleepily wake up, he told me I had to become crystal clear with what I wanted in life. Only when my visualisation of my ultimate goal was definite would the universe be able to deliver it.

I listened. But, I didn't achieve my dream life overnight and I'm still not there yet. It took months of discussion, individual learning and days of goal setting to put in place the lessons he was teaching me.

But, my life did begin to change for the better immediately. I noticed small changes quickly. I magically became more confident and articulate. I thought before I spoke, stopped apologising to people constantly with both my words and my body language. I began to feel like I belonged in beautiful places. I stopped saying "hard" and "I can't". I learned to talk positively about myself to others and to ask for what I wanted.

Plus, I finally moved out of my family home after 24 years. It was a huge turning point for me. I had been stuck in a rut since university and had no idea how I would ever have enough money to move out and live an adult life. I wanted to be financially independent and feel grown up.

"And so she woke up

Woke up from where she was

Said I gotta do something

I achieved my goal of getting regular paid work as an actress. Weeks later my mom dropped me off at the airport. I had done something about my life, I had finally began my journey. My acting tour would take me around Belgium and France. It was time to begin.

The freedom and pride of living with my friends and being in control of things as simple as my food shopping and cooking was beyond satisfying. Everyday that passed I felt more confident.

On your route to your dream life, it's important to regularly stop and congratulate yourself. Because, when you're in the middle of everything, you might not realise the goals you set yourself a few months ago did, in fact, come true. You're too busy setting more aims, or feeling nervous about the challenges you face day to day.

It's only now when I look back, I realise things started to happen for me, as soon as I employed the lessons I learnt about the power of the universe.

During my acting tour, one evening in Bruges, we stumbled through the beautifully cobbled streets after one too many espresso martinis. I had had yet another wonderful night with this man. He had travelled on a ferry and drove for hours to see me. I realised I was falling in love.

Life was amplified. Everyday felt like a blessing. He would look up at the sky, his eyes shiny and say, "it's a big sky today Tilly." So, I would look up with him and know that anything was possible.

When things got stressful in life, as they often do, he would say, "none of this matters. We're just insignificant dots in a huge universe." None of this will be remembered in hundreds of years time. And so, I would stop worrying and let the stressful events run their course.

And when my dreams felt impossible and I temporarily forgot the lessons he had taught me, he would remind me, "we're a planet spinning around a burning star. Go figure. Anything is possible."

And I'd laugh. He was right.

"Step on a steam train

Step out of the driving rain, maybe

Run from the darkness in the night" (2)

I believe nothing stands still. In fact, even more than before I know all of this is transient. In a year things will be different. In five years who knows where we'll be? But, the lessons I have been taught will be just as true as they are now. Their validity and value will not change. So, I would like one reminder of them. I would like a physical reminder to tell me to look up at the sky and say, "It's a big sky today."

So, for the first time in my life I want to get a tattoo. When I interlock thumbs with my partner, I would like a tiny dot on my hand where his thumb lies and a tiny dot on his hand where my thumb lies. It will be the smallest of tattoos but hold an incredible amount of power. The specific way we link thumbs, and the unique size and shape of our hands means the tattoo will be forever unique to us. Perfectly aligned only with each other. And it will remind me, everyday for the rest of my life, to look up at the sky and never stop dreaming.

See all posts by Matilda →