When the Easiest Way Is the Hard Way

Pain, but the educational kind 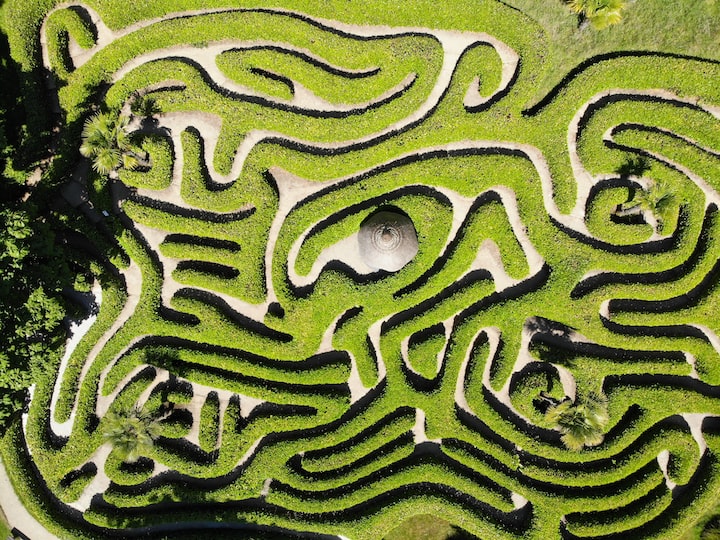 Photo by Benjamin Elliott on Unsplash

“Don’t throw rocks over the edge.”

We were camping high up on a ridge with several switchbacks to the parking lot below. I was with my grandfather. My brother and I had been throwing rocks at the mountainside.

Those were his parting words to me before he stepped out of view, going down the switchbacks to bring more gear from his truck.

I was only seven or eight years old.

Almost as soon as he was out of sight, I picked up a rock the size of my fist and launched it over the edge.

It didn’t fall long before I heard my grandpa yell. He was ex-navy and very familiar with all forms of all cuss words.

I didn’t know, for sure, that I had hit him with the rock, but assumed that was the case. I waited, gripped with fear, for his tall figure to appear above the ridge.

He finally came with his arms loaded with gear and blood running from behind his right ear.

He stared at me. I cowered, looking at his feet.

“I told you not to throw rocks.”

Those were his only words to me before he dropped the gear and found something to treat the cut behind his ear where the rock had hit him.

That day, I learned a really important lesson about not throwing anything toward where I can’t see it land. A still-vivid lesson from almost 40 years ago.

I could have learned the importance of not throwing rocks by simply listening to him. Instead, I learned that lesson the hard way: by hitting my grandpa in the head with a rock. I was very fortunate he wasn’t further down the hill and that the rock was relatively small. Any higher or larger and the injury could have been serious or even fatal.

Life’s like that, for some people more than others. The lessons we’re taught by parents, guardians, teachers, and mentors just don’t sink in. Instead, we have to go out and experience some difficult lessons for ourselves. The easy way is to learn from their lessons and the pitfalls of others, but it seems at regular intervals we have to go out and experience them ourselves.

Lessons taught by doing things the hard way (as long as they’re not fatal) are often the best teachers. The experience that comes from the hard way almost always outweighs any anecdote give to us by another about some else’s experiences, even their own. Personal experience is visceral, particularly the hard/difficult ones.

Of course, nobody forces us to learn from our experiences. Two people can have very similar experiences and one of them may learn a great deal from the experience, even life-altering lessons, while the other may while away the opportunity to learn anything.

My personal bias is evident in that statement. Particularly of late, I’ve tried to look at each experiences in my life as learning opportunities. However, some people experience such traumatic things that perhaps it’s best for their mental and emotional well-being to simply try to forget. I don’t know. That is for them and a qualified medical professional to work out.

Sometimes, you should choose the hard way.

Attributions for the statement “wisdom comes from experience. Experience is often a result of lack of wisdom” are endless. Whoever said it first, there is a lot of truth in that statement.

Sometimes, choosing the hard way is the right way — even the easiest way — to learn a lesson. However, there’s also a line that shouldn’t be crossed. Of course, knowing where that line is comes with experience. As a young child, I ignored my grandpa’s admonition not to throw rocks. Consequently, he got hurt and I had an experience that taught me a lifelong lesson. If our desire to learn something has the potential to inflict unwelcome injury or harm to another, it shouldn’t be undertaken. In other words, my grandpa wasn’t a willing participant in learning what it felt like to get hit in the head by a rock.

In contrast, the many, many people who designed the first manned spacecraft knew it was a calculated risk. They knew some of the risks, but others they didn’t. Those who were chosen to strap themselves into that rocket knew there was a real risk of death. It was a risk they were willing to take to further science. All parties involved chose to learn that way. The only way was the hard way.

When we knowingly undertake doing something the hard way, there is often a high probability of failure. As Manu Kapur from the Learning Sciences Lab at the National Institute of Education in Singapore once noted:

Failure provides information of what is working and what is not, thereby creating an awareness of what’s missing. It also helps learners notice what is important, which can lead to better conceptual understanding.

When faced with a new challenge or decision, it’s okay to stop and ask the question: can I learn from someone else’s experience or do I need (or want) to experience this myself? The answer to that question will help you frame your response to unanticipated bumps along the way.

When we have unanticipated (perhaps even negative) experiences, it’s important to stop and ask the question: do I want to learn something from this or just try to forget it?